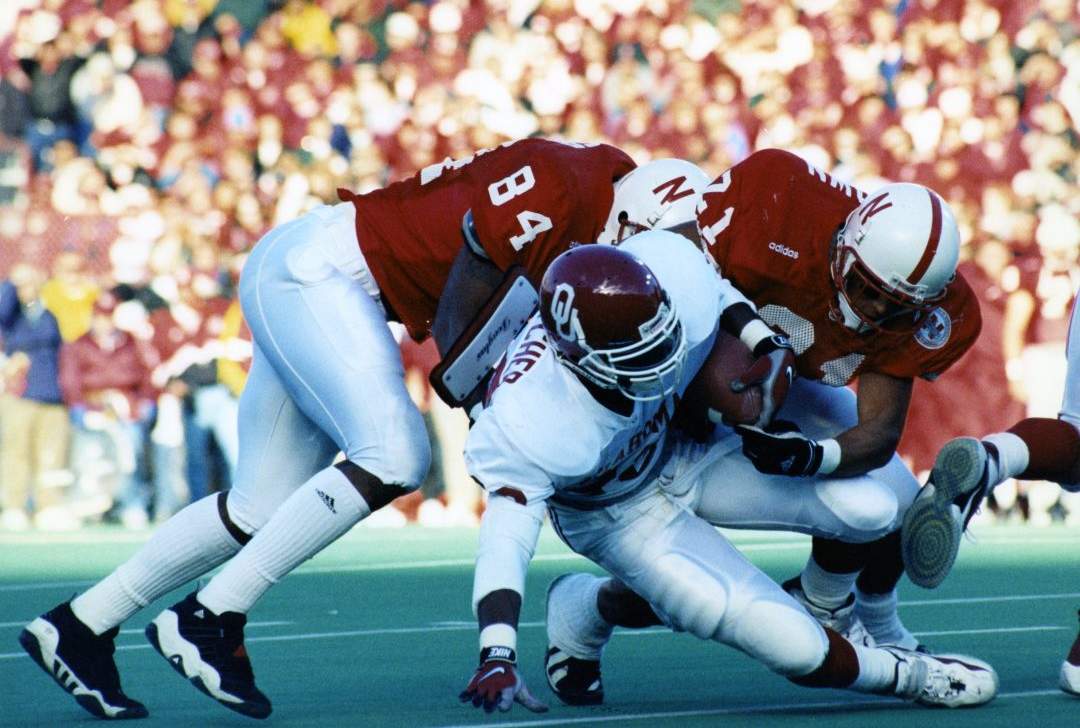 Some would say Scott Frost took a risk leaving Orlando for Lincoln. After all, he walked away from a place where he enjoyed quick and profound success to pursue deeper challenges doing battle in the Big Ten for his alma mater, where expectations will always be higher than at UCF. So it’s no surprise seeing Frost embrace risk in another simple but profound way, as he moves to reshape the program even before he coaches his first game in Memorial Stadium.

We are living in an age of risk mitigation. Some would even call it risk aversion. Industries pay specialists six-figure salaries to figure out safer ways to do business. It makes sense, because aside from the obvious importance of every employee returning home safely each day, a large company can save millions of dollars a year if it finds ways to keep its employees from getting injured on the job.

It was inevitable that Big Safety made the jump from the railroad and the steel mill to the sports arena.That also makes sense, up to a certain point. But in football at least, I think that point has been reached.

Football is a game of combat — physical, mental and psychological. You can mitigate some of the risk, but if you remove too much, you ruin the game. We’re starting to become counterproductive in our efforts to remove risk from football.

First, let me say this: I completely agree with teaching players not to lead with their head while tackling. In no way should a football helmet be used as a weapon. (Frankly, I see it as a simple return to the way I was taught to play high school football in the 1970s.) This single rule change — actually, it’s more of a culture change — is the most important thing that needed to happen related to the wellbeing of the players.

However, competition committees at the high school, college and professional level have made a lot of other wide-ranging changes. I could go into detail about rules related to blocking, targeting and kickoffs, but I think you get the idea. I would like to see no further tinkering for at least five years, so data can be collected and reasonable conclusions reached about whether the last decade’s worth of rules changes made a real difference.

I fear that the world’s best team game is moving inexorably toward being ruined by overcaution. That’s one reason I’m encouraged to see Frost thinking independently in this area.

Frost has decided to ramp up the amount of full-speed physical contact in Nebraska football practices. He started it in spring drills, and plans to continue this fall.

Yep, we’re going to have more live drills involving fully padded players blocking and tackling each other. Imagine that. It may be a common thing at Ohio State, Wisconsin, Iowa and other Big Ten schools — I really don’t know. But I know it’s almost nonexistent anymore in the NFL, after the 2011 Collective Bargaining Agreement limited contact in every instance except the games themselves. Most likely, the art of tackling will continue to degenerate in the NFL. It certainly has at the University of Nebraska, but I think that will change.

As anyone who watched last year’s version of the Cornhuskers try to run the football on offense — or stop the run on defense — can attest, a significant increase of clean, within-the-rules, full-speed blocking and tackling on practice fields in Lincoln is desperately needed.

The speed of the game increases as you advance from high school to college to professional football. How can you maintain your tackling technique if you use it only during games?

Frost apparently plans to have plenty of live hitting during fall camp, and each Tuesday and Wednesday after the games begin. This is incredible, not only because he’s bucking the the bubble-wrapped tendencies of society in general, but because football is such a copycat sport. Mike Riley’s practices featured very little contact, but Riley was no different than hundreds of other coaches in that regard. I wonder if Dick Butkus averts his eyes when he sees NFL players try to shoulder-bump each other to the ground.

Caution has always been part of organized sports, but in the “Moneyball” era, it has exploded. Baseball is a notable example. With the rise in dependence upon analytics, baseball is becoming increasingly risk-averse. Every pitcher is on a pitch count these days (but for some reason, arm injuries are more of a problem than ever). Bunting for base hits? It’s a dying art. Sacrifice bunts, stolen bases, pitchouts? On the decline.  Players (and the media) seem more concerned with launch angle and exit velocity than moving baserunners and scoring runs. Apparently, the same number-crunchers pushing infields into weird asymmetrical configurations are telling managers that, on the average, it’s safer to sit back and wait for someone to hit a three-run homer. The sport that purports to honor Jackie Robinson is abandoning the high-risk way he played the game.

Could it be that if we stopped pampering pitchers’ arms between games, they might be less likely to blow out under the load of 95-mph fastballs in the fifth inning? And could it be that if college football players have two full-speed  practices a week with live scrimmaging, their bodies might adjust and get used to it? Frost, who played that way during the 1990s, know that strategy can work well. But he’s a dying breed. One more reason to be thankful he’s in Lincoln.

In the smallest state to host a Power Five school, with few natural advantages in demographics, it takes some risk to get to the top. Frost appears willing to give it a go.