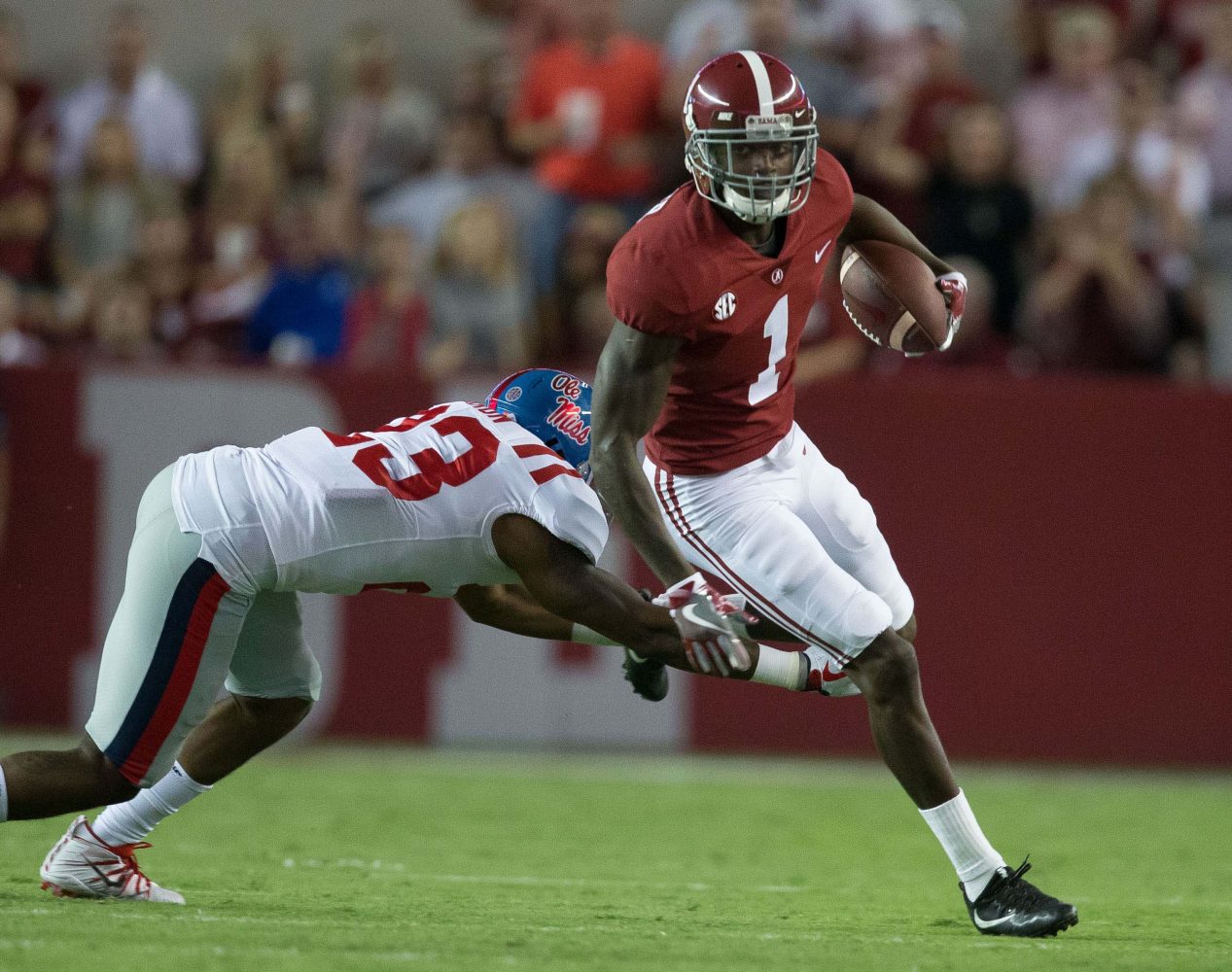 On Sept. 22, when Shea Patterson starts at quarterback for Michigan, he’ll see a former Ole Miss teammate on the other side of the ball.

Breon Dixon will line up at outside linebacker for Nebraska in front of a full house in the Big House, likely as a starter.

Patterson and Dixon are the most recent Southern players to head north in search of success — the latest evidence that the Big Ten will continue to improve. Indeed, if Scott Frost restores stability and honor to Nebraska football, it’s on the verge of becoming the best conference in college football.

Show me a better group of same-conference coaches than Urban Meyer, Mark Dantonio, James Franklin, Paul Chryst, Pat Fitzgerald, Jim Harbaugh and Frost. That list compares favorably to the SEC’s top half of Nick Saban, Jimbo Fisher, Gus Malzahn, Dan Mullen, Ed Orgeron, Will Muschamp and Mark Stoops. If the likes of P.J. Fleck, Jeff Brohm and Kirk Ferentz are in the bottom half of the Big Ten — and I think they are — you’ve got a pretty formidable top half.

Players like Patterson and Dixon represent a quick and unexpected infusion of SEC talent into the Big Ten. And as far as Nebraska football is concerned, they’ll face off on what could be a pivotal matchup. Who will have the better game? Who will contribute more to his team’s success in 2018?

The smart money would say Patterson. He’s already being mentioned as a possible first-round NFL Draft choice next April. But barring injury, it’s a sure thing that both the Huskers and Wolverines will be better teams this fall because of the recent NCAA ruling granting them Patterson and Dixon immediate eligibility in the wake of multiple scandals at Mississippi.

Husker historians will remember that in 1962, Bob Devaney led a Nebraska team with underrated talent into Ann Arbor and upset the Wolverines, who turned out be on the way to a 2-7 season. Not so this fall; Michigan appears to have a stronger roster than Nebraska. The Wolverines hope that Patterson will provide the ingredient missing in last season’s come-from-ahead losses to Wisconsin, Ohio State and and South Carolina. But Dixon could provide something almost as crucial for Nebraska, which had much more talent on the field last season than its 4-8 record would indicate.

Excitement is building about the new offense Scott Frost is bringing to Lincoln. But more urgent is Nebraska’s need to upgrade its defense to compete in the Big Ten West. Getting pounded by the ground games of Wisconsin, Iowa and even Minnesota simply won’t cut it. Frost won’t restore stability and honor in Lincoln until “the Blackshirts are back to being the Blackshirts,” as athletic director Bill Moos said the day he introduced Frost as NU’s 33rd head football coach.

First and foremost, Nebraska needs to learn once again how to stop the run. Since joining the Big Ten, NU has been soft up the middle and slow to the edge. That’s deadly in a run-first conference. Its best year by far was 2015, Mike Riley’s first season, when the Huskers allowed just 109.8 rushing yards a game. That was an aberration; in 2015, opponents scored so quickly and easily by throwing the ball, they didn’t have time to get their running attack going. Aside from that outlier, Nebraska under Bo Pelini and Riley allowed 174.6 rushing yards and two rushing touchdowns per game from 2011-2017 (and that includes nonconference opponents, who generally didn’t run the ball as well as Big Ten teams).

The Huskers have enough good athletes in their front seven to make a big improvement in that category if they’re properly developed and motivated.

The next step is to acquire speedy difference-makers to disrupt and force turnovers. Will Dixon be one of them?

Patterson likely will play only one season in Ann Arbor. Dixon likely will play three in Lincoln. He will bring good speed to the linebacker position. He is touted by his longtime trainer, former Husker linebacker Eric Johnson, as a playmaker in pass rushing and pass coverage. Outside linebacker coach Jovan Dewitt said earlier this spring that Dixon shows flashes of “the ability to burst that you don’t normally see.”

Lately, Nebraska’s defense has starved for that kind of ability.

Dixon may not be the answer. He may not be a reincarnation of Ed Stewart, the 6-foot-1, 215-pound defensive-back-turned linebacker who became an All-American, Big Eight Defensive Player of the Year and Butkus Award finalist, but at least he represents a movement toward more speed on defense.

In 2010, when Nebraska’s move to the Big Ten was announced, the Cornhusker defense was in good shape. It handled even the high-scoring Big 12 offenses with a physical front four and press coverage by speedy cornerbacks. Husker linebackers Phillip Dillard and Lavonte David were mobile and hard-hitting.

Since then, especially after the departure of Prince Amukamara, Eric Haag, DeJon Gomes and Alfonzo Dennard, Nebraska’s defense has lacked speed and playmaking ability, an area I once thought would give the Huskers an edge in their new conference, formerly known as the “plodding Big Ten.” Not so much these days, though. The conference is getting faster, but Nebraska has not kept pace. Outside of David and occasional flashes of Randy Gregory, the Huskers have not threatened the Rust Belt with a speedy difference-maker on defense. That has to change.

To their credit, the Huskers have gone fishing in SEC country for game-changers, most notably in Florida and Georgia. Dixon is from Georgia, as is inside linebacker Mohamed Barry, who has “burst” capability as well. Another outside linebcker from Georgia, 6-foot-3, 225-pound true freshman Caleb Tannor, brings more size to the hope of future pass rush excellence, although he likely won’t be ready to contribute this fall. Will native Florida defensive backs Deontai Williams and C.J. Smith provide game-changing ability?

Scott Frost’s new fast-paced offense promises speed and disruption. It may indeed force the rest of the Big Ten to adjust to it. But for Nebraska to prove it belongs in the Big Ten, it will need to be every bit as fast and disruptive on the defensive side of the ball.