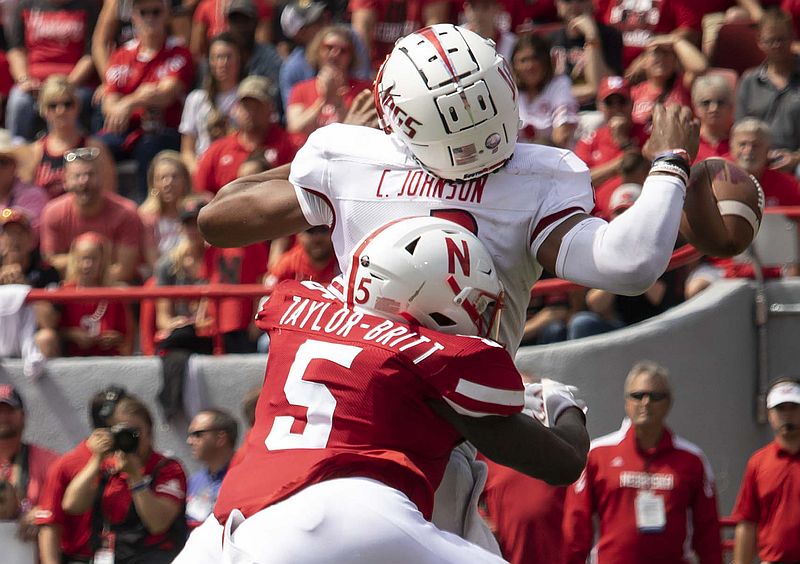 The good news: there were no thunderstorms in Lincoln Saturday.

The bad news: There was very little thunder or lightning in the Nebraska offense Saturday.

So you were ready for a big opening-game statement. So you figured Adrian Martrinez and the Husker offense would slice up South Alabama and the second-team offensive line could get some much-needed work in the second half. So you thought Nebraska would be a Big Ten West contender if only the Blackshirts could improve a bit.

Even with the Huskers coming off back-to-back 4-8 seasons, Husker Nation is disappointed with a 35-21 win over the Jaguars. Does the age-old football bromide, “a team improves most between its first and second game,” apply here? If not, it’s time to reconfigure our thinking.

Look at the bright side. You probably didn’t travel all the way from New York like Casey Nelson’s family did, in hopes of watching the reserve defensive lineman get a few snaps. Nope, not today. Very few second- and third-teamers got any action at all against the weakest opponent on the schedule.

The Huskers were way off script. The defense won this one for the Big Red. Coach Scott Frost said as much afterward. The Blackshirts got five takeaways and set up Nebraska for 14 points off turnovers. Add JD Spielman’s 76-yard punt return for a touchdown, and it should have been an easy win, right?

Not so fast. Nothing came easy for the Nebraska offense Saturday. The USA defensive line was expected to be stout, and it was, even without its best player, Tyree Turner, who left with an injury early in the second quarter.

Meanwhile, the Husker offense was neither fast nor efficient, and in the second half, it was almost nonexistent. The offensive line was increasingly ineffective, and Adrian Martinez often looked confused by Jaguar coverages and missed multiple reads, most notably when tight end Jack Stoll came wide open on fourth-and-five late in the first quarter. He completed 13 of 22 passes for 178 yards with one interception, and no touchdowns, and was sacked twice. And did I mention that Nebraska was held to 98 yards rushing? No wonder I’m seeing angry messages in my inbox.

To be sure, there were times when the Husker attack showed some promise. In fact, much of the first half, it looked a lot like last year’s offense — plenty of yards, not enough points. The Huskers ran an amazing 49 plays from scrimmage for 210 yards in the first half, yet led just 14-7 at halftime. Things got a lot worse in the second half — 66 total yards in just 17 snaps. Toss in eight penalties (one which nullified freshman Wan’Dale Robinson’s only explosive play) and three Husker turnovers, and you’ve got reason to pump the brakes on your expectations for the 2019 season.

Coach Scott Frost looked and sounded surprised at his team’s sluggish offense (“That’s not the offense I’ve seen all of fall camp”) but said he expects things will improve.

The fixing has to start with the offensive line. It was not a good debut for Cameron Jurgens. He got pushed around at times and he plagued Martinez with bad shotgun snaps. He did not play the second half. Aside from two consecutive plays from scrimmage on the opening drive — a 19-yard look-in pass to Spielman on third down and a well-timed, wide-open 42-yard seam route to Stoll — the offense was lousy. I don’t think Frost has been associated with a worse offensive effort since he went to Oregon in 2009 as a position coach.

Conversely, the Husker defense had one bad series midway through the second quarter, allowing 32 of the Jaguars’ 83 yards on that series alone. Then the Blackshirts started making plays.

The Blackshirts showed off some depth at safety after Deontai Williams left the game with an undisclosed injury (it appeared to be his left hand or arm) in the second quarter. Eric Lee replaced him and intercepted two passes, returning one 38 yards for a touchdown to give NU a 21-7 lead less than two minutes into the third quarter. And junior Eli Sullivan from Longmont, Colorado, who wasn’t even listed on the two-deep at safety, had four tackles, three of them unassisted.

Yep, the Husker defense came to the rescue with three interceptions and two fumble recoveries. Lamar Jackson smashed South Alabama quarterback Cephus Jackson on a corner blitz, forcing a fumble to end a threat in the first quarter. And there was the first play of the fourth quarter, when you could’ve sworn the 1995 Blackshirts momentarily stepped onto the field. Sophomore defensive back Cam Taylor swooped in on a corner blitz and blasted Johnson, who fumbled into the end zone, where Alex Davis recovered it for a badly-needed touchdown. That sort of disruptive play (Nebraska had 10 tackles for loss, including four sacks) will come in handy again down the line. Taylor, with five tackles (including two for loss) and an interception, appears to have a bright future. He can play safety, cornerback, nickel back or linebacker.

The narrative on Frost’s first season at Nebraska will always read that the Huskers needed the opener against Akron to get their bugs and jitters worked out before facing Colorado. Is that just what happened against South Alabama in Year Two? I think so. If true, it could serve a useful purpose, although it brought no satisfaction to those hoping the Huskers were finally ready to put the hammer down on Sun Belt Conference opponent. If it makes you feel better, make a statement of your own, complete with a disgusted face, then wash it off and move on.