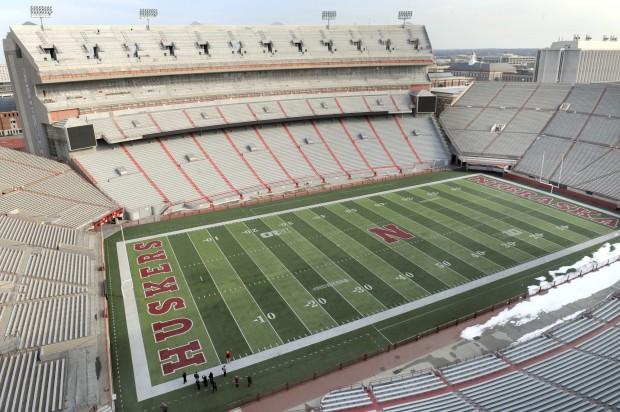 Two weeks after Big Ten Commissioner Kevin Warren announced the cancellation of all his conference’s fall sports, I have a hard time understanding the critical thinking skills (or lack thereof) shown by the leaders of the Big Ten Conference.

I know I’m not alone. An army of hot-blooded Husker fans immediately called for Warren’s firing. They criticized the Big Ten Council of Presidents and Chancellors who allegedly voted “overwhelmingly” to cancel the fall sports season out of an abundance of caution. Of course thousands of people were angry. But it’s a pandemic, after all. Isn’t it time to rethink those hasty verbal missiles sent from Big Red country?

After being told by national media to pack up their tractors and leave the Big Ten, it’s time for Husker Nation to admit, “By golly, them smart folks was right after all.” Isn’t it?

Well, no, not really. At the very least, the smart folks’ decision has not aged well. If possible, it makes even less sense now than it did then. I’m talking about the decision to cancel, not the haughty, disdainful way it was delivered and the way Warren disappeared for days at a time afterward.

Had the members of the Big Ten Council of Presidents and Chancellors found themselves under sudden, unexpected and extreme pressure, like a Category 5 hurricane rapidly approaching their college campuses, a premature decision to abandon ship and its billion-dollar cargo would be understandable. But the arrival and spread of COVID-19 gave them months to prepare for the inevitable crisis. Yes, the disease is new and perplexing, but that makes it more important than ever to use logic and reason while eschewing speculation.

The evidence doesn’t reveal much that could justify the council’s Aug. 11 decision. (It’s important to remember that it wasn’t an inexperienced conference commissioner who made the call, although he certainly made his share of boneheaded moves. But much more concerning than any rookie errors he committed, Warren showed a basic disdain for the unanimous declaration of the conference athletic directors to go ahead with the season, and quite likely downplayed their point of view in discussions with the council.)

Let’s take a look back at the evidence.

First, let’s address the uncertainty of COVID-19, and the “human life is worth more than a billion dollars” argument. I’m completely in agreement, by the way. But we have to realize that this is a speculative argument, no matter whether the decision was to continue with the season or to pull the plug. Both sides have to admit that.

The council showed no real compassion in cancelling the season. In fact, it could be argued that Big Ten athletes are now more likely to become infected with coronavirus than they would have been by playing their regularly scheduled seasons. For every parent who has nightmares about her son catching the virus at the line of scrimmage in a game or practice, there’s another scared to death that her son will lose his motivation to socially distance without the reward of a football season, that he’ll spend evenings without a mask in typical student gathering places. The issue of possible secondary myocardial damage is even more speculative, because that can occur after many different, more common diseases. Compassion for players, coaches and staff does not offer a clear and compelling reason to cancel.

The likelihood of those “what-ifs” could have been significantly reduced if the presidents had been prescient enough to check early and often which of their schools were having success managing the virus. Which ones had protocols that made the most sense? Nebraska’s sure worked well. Why didn’t Warren and the presidents mandate in early July that all schools must use Nebraska’s successful protocol? This would have provided more consistency in messaging to the member schools and likely could have avoided some troublesome outbreaks. For the Council of Presidents and Chancellors to use a “lack of reliable testing” as a reason to cancel, even after neglecting to mandate a single highly effective protocol for all Big Ten schools, is breathtaking hypocrisy.

The health and humanity argument is a standoff. As for the rest of the evidence, it shows that the best and brightest of the Big Ten decided to inflict tremendous financial and human damage on athletic departments and cities in exchange for not having to worry about a multimillion-dollar lawsuit. Their “not my problem” attitude is deeply troubling.

Not only did the Big Ten’s leaders knowingly write off their athletic departments’ major source of income to the tune of hundreds of millions of dollars at each school by saying “no thanks” to major TV revenue, they knowingly set in motion the cancellation of multiple non-revenue sports at most schools, knowingly caused the layoffs of hundreds of university employees. Their best possible scenario, a truncated junior varsity-style winter/spring season, could bring in some scaled-back TV revenue, but would put players at greater risk for injury when they come back for a second football season in a single calendar year.

The presidents and chancellors, who commonly show a lack of enthusiasm for the big-money aspects of their college football programs, actually made football more expensive for the forseeable future when they cancelled the season, because the NCAA has rightly mandated that all fall sports athletes will be credited with an extra year of eligibility, regardless of how many games they play this fall – if any. But that creates another issue, of course. Starting next season, scholarship limits will reach at least 100 and roster sizes will swell. Because of Title IX regulations, scholarships likely will increase in women’s sports as well. I hear speculation that the higher scholarship limits will last “a couple of years or so,” but exactly how will that end? It could only be done by reducing scholarships for incoming freshmen, or by arbitrarily resetting it to normal at some undetermined point.

It’s really too bad; Jim Delany had done so much to repair the Big Ten’s old “Rust Belt Conference” image. Now, it’s likely the Big Ten will be considered a secondary league for years, with profound recruiting deficits to overcome. But by golly, no lawsuits — or so one would hope.