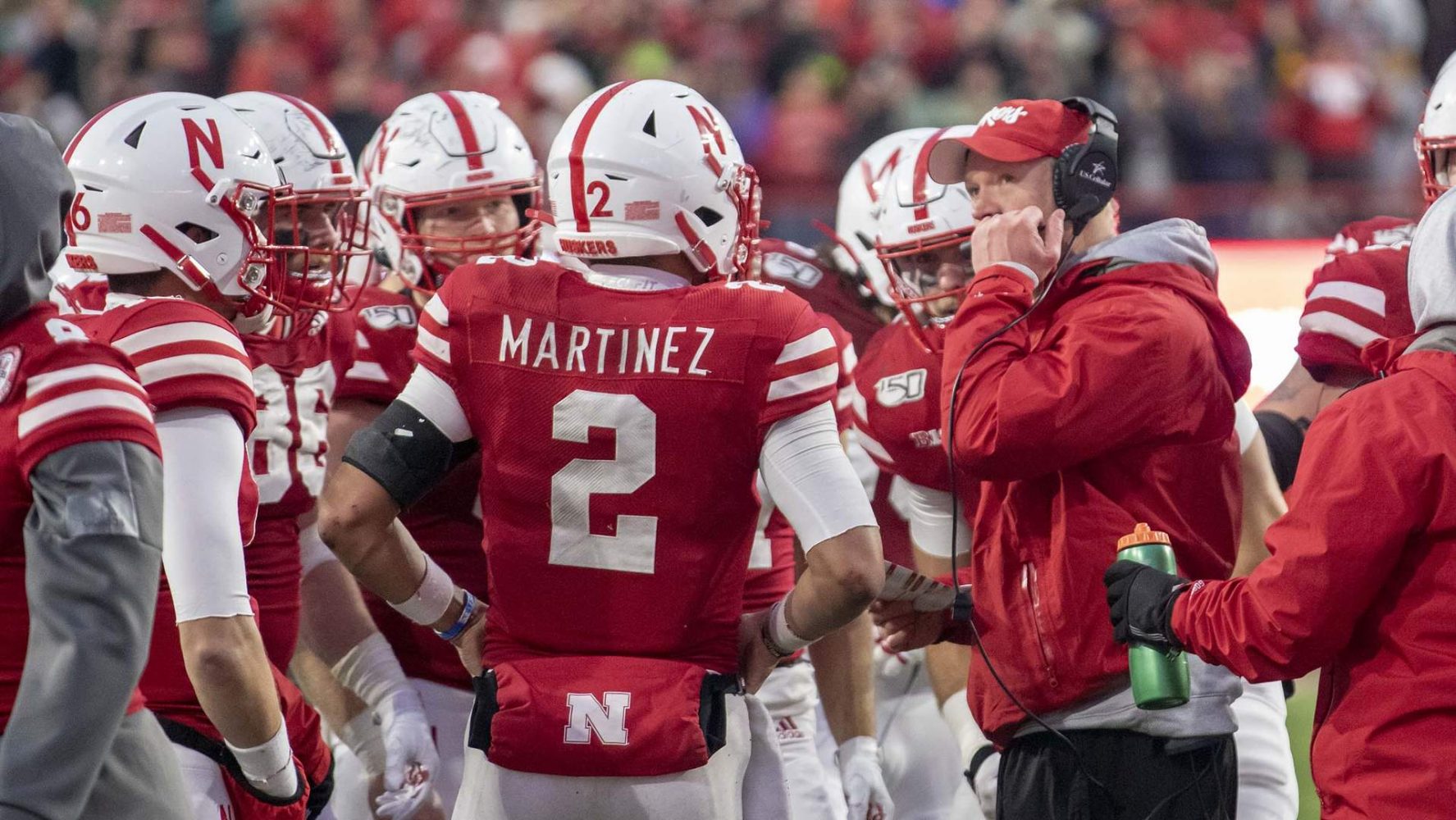 It’s an opening. It’s an opportunity. That’s all that any self-respecting independent cuss would want, isn’t it?

The belated but welcome decision by Big Ten’s Council of Presidents and Chancellors to reinstate football for 2020 — even under unnecessarily rigid conditions that could be considered a poke at schools like Nebraska who clamored for football through the whole convoluted process — will give coach Scott Frost a chance to show the world what’s been happening inside the bubble that has covered the Cornhusker program since last winter.

We may all be a bit slow to recognize the Husker program that emerges from the COVID-19 cocoon. But I think we’ll like what we see.

From player lawsuit to protests by Husker parents, to Frost’s well-documented pushback, to public pressure from the Nebraska governor and attorney general, it appears we Nebraskans are developing a new persona. So much for Nebraska Nice. If the Big Ten Network was casting a western right now, I think Nebraska gets the role with the black hat. It’s a new feeling, but hey, bring it on.

Never mind that from NU President Ted Carter down to the football operations staff to the third-string offensive guard, the Huskers did not shrink back. They showed remarkably good judgment about the pandemic and how it could be handled. Apparently, this year’s Nebraska narrative is going to be negative.

After all, we’re the ones who refused to meekly swallow the Big Ten council’s bad medicine, and we’re the ones who were ridiculed by Desmond Howard, Pat Forde and Paul Finebaum, who pretty much agreed that Nebraskans should be satisfied to keep our heads down, shut our mouths and blend into the Big Ten’s lower division, that we were lucky just to have that much.

OK, go ahead and have your fun. We may be miscast, but we’ll earn your respect anyway.

Let’s not pretend Nebraska is the only reason Big Ten football is back on the 2020 calendar, not by a long shot. Ohio State coach Ryan Day, and the Buckeye administration pushed for a restart, as did Justin Fields and his online petition and even the Ohio attorney general raised a stink, as did Penn State coach James Franklin and some Iowa football parents. It all contributed to getting the B1G to where it is today, which is heading toward a football season that looked like it would not happen.

There are more Nebraska fans in Ohio than there were a year ago, which is great, but with any luck, that’ll wear off quickly. The Buckeyes have the best program in the Big Ten, and are a legitimate national title threat. They deserve a shot at football this fall. After that, it’s the Huskers’ job to get out of the lower division and become a thorn in their side.

You might think that’s big talk. It is — but not much different than Frost and Bill Moos were saying a couple of years ago. Since then, Nebraska has eaten more than its share of humble pie. Maybe we were destined to do that.

Did Nebraska fans become spoiled and entitled for the last 40 years of the 20th century? I suppose many of us did. There are other fans who are that way now. Check Alabama, Clemson and Ohio State, for starters. Lots of schools go through cycles like that. Our cycle lasted longer than most. But let’s not sugarcoat it. Many of us went beyond excitement and gratitude, and we became presumptuous. Consequently, Husker fans spent much of the last two decades repenting while our team fell short time and again. Too many Husker senior classes have swallowed hard and moved on with their lives without achieving the heights their predecessors did. Two decades without a conference title is a long drought for Nebraska football. Yet we never lost hope, and the program is not beyond redemption. We can see new possibilities in the distance.

For ages to come, people will despise the coronavirus pandemic of 2020 for many valid reasons. But when Nebraska football fans look back a decade from now, they’ll view it as the turning point, the year when The Slide turned into The Climb.

I don’t think the virus did that job on its own, except to provide yet more inexplicable adversity for Frost and his program to deal with. I think it has refined the Huskers, though, and forced them to become more focused, more intentional, more — dare I say it? — more mentally tough. Few teams have done as good a job responding to COVID-19, and that should pay off early in the upcoming campaign.

Wait a minute, you say. Haven’t we heard this before? Not in the past decade. Maybe after the 2009 Holiday Bowl, when Ndamukong Suh humbled Nick Foles, when Bo Pelini hammered his old Youngstown buddy Mike Stoops, then said, “Nebraska is back, and we’re here to stay.” God bless Bo for that, but he was premature, and this is a completely different situation. That team was built on players acquired by a good recruiter who wasn’t qualified to be a head coach. Pelini had trouble recruiting excellent players, and didn’t develop as good a staff that Frost has. The crest was peaking, but there wasn’t much underneath to support it long term.

There’s no crest in sight right now. Good thing that Nebraska fans are in it for the long haul, because there’s not going to be much chest-beating on the Husker sideline for a season or two. But Frost is building his program on a solid foundation, and I think that’s going to become apparent during this weird, virus-infested season just ahead.

If anyone can lead a Big Red resurgence, it’s Frost. We’ve pretty much all agreed on that since 2017, and it’s going to happen, although it’s going to be one hell of a fight. Luckily, Frost has been vocal about wanting to develop “fighters” on his team. All the while, few knew his own father, Larry, was battling cancer, and that must have been a tremendous burden on the Husker coach, who has already overcome quite a bit to show his team how to persevere under trial.

Soon we’re going to see the first small payoff, when this year’s Huskers start playing fundamentally sound football. Not top-notch football, not yet, but this team will finally learn to stay out of its own way, not letting penalties and turnovers kill its chances, while featuring offensive and defensive lines that look like they belong in the Big Ten. Will the Huskers get enough from their linebackers to contain the run? That chronic problem must be put to rest. It’s going to take awhile to get to Pelini’s consistent nine-win level, no doubt about that, but there are going to be enough to like to salvage a heretofore dismal 2020 for Nebraska fans.

At minimum, the Huskers can use this season to develop their promising young players. I think Frost sees a lot of potential, and was determined to fight for the chance to get playing time. Everyone in North Stadium is eager to make Nebraska relevant on the field again. Besides Ohio State, Nebraska has as much to gain as any Big Ten program by playing this season, to win a few tight games against good teams, to close some big deals for highly-touted recruits who need to see results on the field first. Now it’s up to Frost and his staff to make the most of it.

It’s an unlikely scenario, but if half the Huskers’ games are cancelled by COVID-19, at least they will have a month of full-pad practices before Game 1, and we can finally talk about football — stuff like how the right tackle position is developing. Is Bryce Benhart ready to step up and start, or will he be eclipsed by Christian Gaylord, the sixth-year senior who, unbelievably, due to a recent NCAA blanket eligibility waiver, could roll into fall camp next August remaining eligible for a seventh season, with Benhart still a redshirt freshman at that point. We’ll finally talk about Omar Manning and his game-changing potential. We’ll debate if redshirt freshman Nick Henrich will break into the rotation at inside linebacker and whether Damion Daniels has built enough stamina to play 35 snaps a game at nose tackle.

Husker followers want to do more than just debate. Unfortunately, current Big Ten regulations will prohibit any fans outside of players’ family members from entering Memorial Stadium. Hopefully, the conference will revisit that decision in the next few weeks if other Power Five conferences have good results with a limited number of fans at their games, but if not, it will be interesting to see how far Big Red fans go to make a difference on game day.

I realize I’m dealing with a bunch of rebels here, but if you’re serious about making your voice heard, why not come to Lincoln on home football Saturdays, visit your favorite restaurant or bar, park in your usual parking spot, tailgate off campus if you so choose, and during the game, make as much noise as you can from as close as you can legally get to the west side of Memorial Stadium, while observing all current municipal and university policies?

What would it do for the Huskers to hear “Go Big Red!” chants from outside the stadium during key moments of a game? And just how would that look and sound on a live TV broadcast? It might remind Howard and Forde and Finebaum that you disregarded all suggestions to get on your tractors and ride off into the sunset. Quite the opposite, we’re watching for the sunrise.