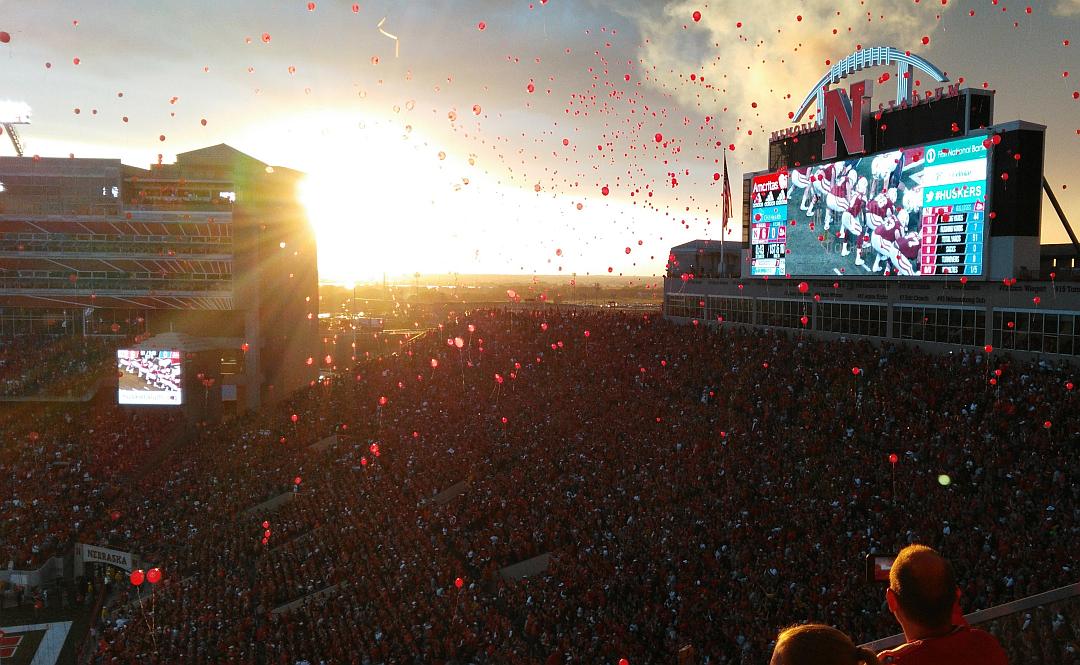 Nebraska will usher in the Scott Frost era under the lights at Memorial Stadium on Sept. 1 against Akron. The game, which will be televised nationally on FOX at 7 p.m., was one of six kickoff times for the 2018 season announced on Thursday by the Big Ten Conference and its television partners.

Nebraska also learned kickoff times for its three other September home games, as well as road games at Northwestern (Oct. 13) and Iowa (Nov. 23). Network assignments have been made for four games, including two appearances on FOX, one on ABC and one on BTN.

The primetime season opener marks the third consecutive season and sixth time in the past decade Nebraska has opened the season with a home night game.

The following week on Sept. 8, Nebraska will renew a matchup with long-time Big Eight and Big 12 foe Colorado with kickoff set for 2:30 p.m. at Memorial Stadium and the game televised by ABC. The Husker-Buff matchup will follow a long tradition of that contest being televised on ABC. The final 17 conference matchups (1994-2010) between the schools were televised by ABC.

The Huskers complete their non-conference schedule on Sept. 15 against Troy, with kickoff at 11 a.m. on BTN. Nebraska’s Homecoming game on Sept. 29, against Purdue will start at either 2:30 or 3 p.m., with the network to be determined.

The Huskers’ Oct. 13 road game at Northwestern will kick off at 11 a.m. CT, with the network determination made at a later date. The Huskers’ regular-season finale at Iowa on Black Friday is also set for an 11 a.m. kickoff with national television coverage on FOX.

Game times and television information for Nebraska’s remaining six games on the 2018 schedule will be made six-to-12 days in advance.