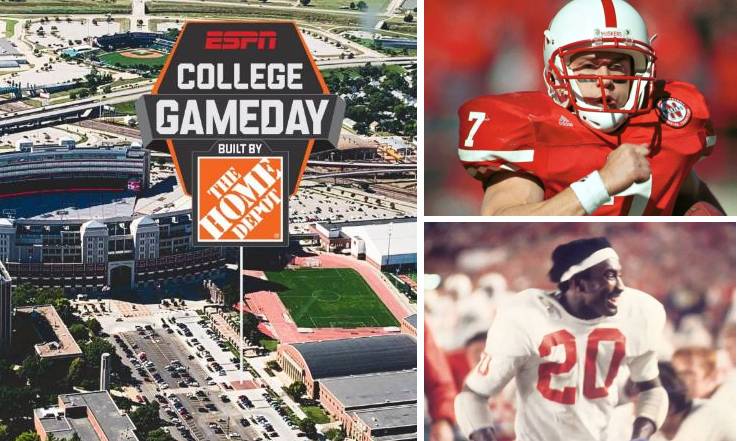 The University of Nebraska will host ESPN’s College GameDay on Saturday in Lincoln marking the show’s first trip to Lincoln since 2007.

ESPN will originate the show on the east side of Memorial Stadium, just outside the Nebraska Coliseum. College GameDay will air live on Saturday morning from 8-11 a.m. CT, with live segments from Lincoln on other ESPN platforms beginning at 6 a.m.

ESPN’s College Football Live will originate from Lincoln on Friday afternoon at 2 p.m. from the same location.

In order to accommodate College GameDay, Husker fans should be aware of the following parking information:

University of Nebraska students who are interested in watching the show from College GameDay’s Pit will have access to that area beginning at 5:30 a.m. on Saturday. Students who enter this area will be screened and must adhere to all of ESPN’s rules for being located in the pit area. No food or drink is allowed in the area, and screening will include bag checks and inspection of all signs. Sign restrictions include: no vulgar, political or religious signs. Also, signs can’t promote outside brands or websites.

For fans who do not want to be part of the pit area, there will be plenty of space outside the East Stadium to enjoy the show, and come and go as they please.

The “Nissan Heisman House Tour” heads to Lincoln on Sept. 28 when the Cornhuskers take on No. 5 Ohio State in a Big Ten matchup.

WHO: NU football greats, along with ESPN’s Mike Golic Jr.:

WHAT: Nissan and ESPN invite fans to “Get to know the Heisman Trophy Winners” during a pre-game experience that celebrates college football’s most outstanding players. The Nissan Heisman House Tour is making stops at nine marquee matchups this season. Admission to the tour is free.

Fans will have the opportunity to:

Husker Nation Pavilion will be located just steps away from the ESPN College GameDay stage, and will provide a fun space for fans to continue pregame festivities prior to Nebraska’s kickoff with Ohio State, which is set for 6:30 p.m.

Husker fans also will have a special opportunity on Saturday to find themselves in an ultra-high resolution, 360-degree panoramic fan photo taken during the game. Fans who would like to star in this interactive fan photo with the ability to rotate, zoom, tag and share online, in addition to being entered to win prizes, can text HUSKERS to 800-334-7266 to receive a notification when the photo is ready. 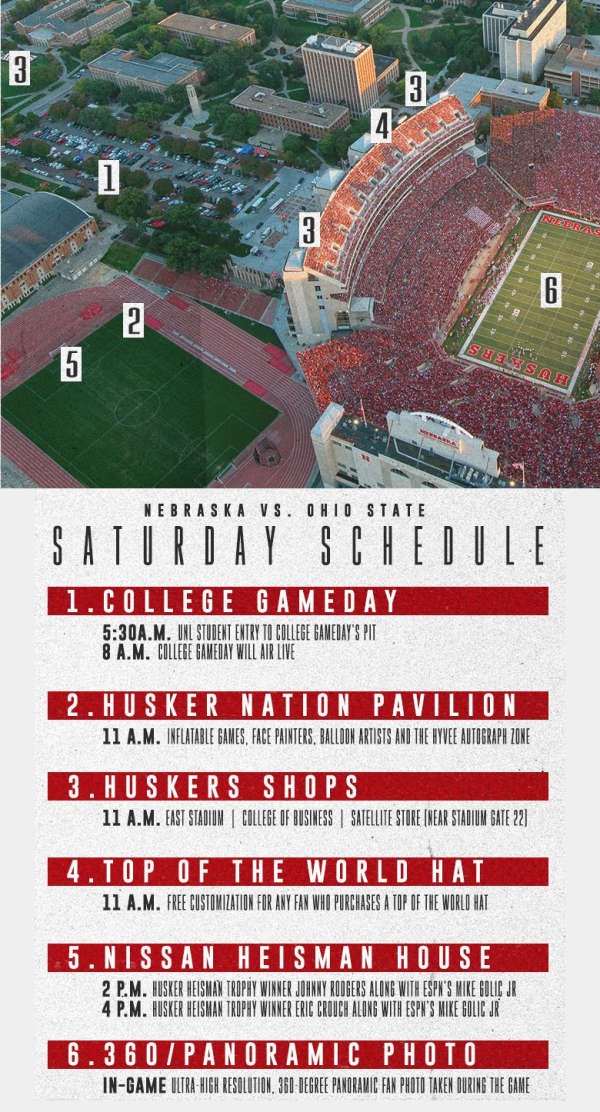