POW/MIA chair: “You are not forgotten” 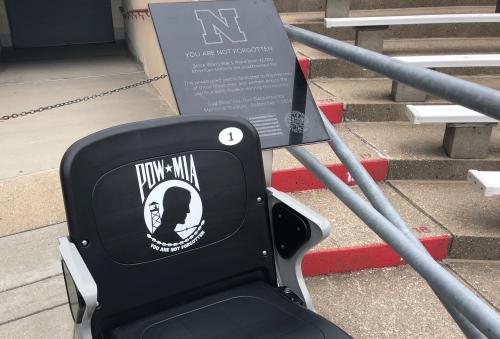 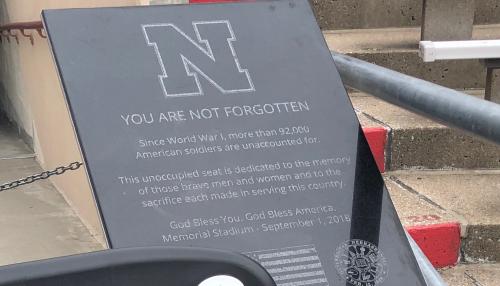 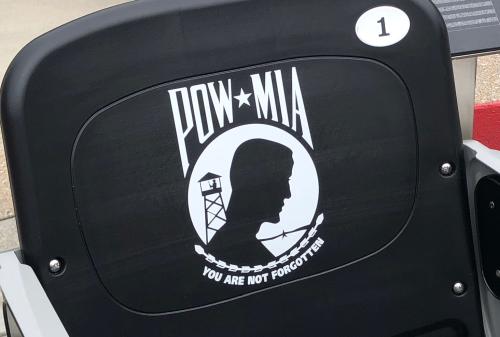 At 11 a.m. on November 11th, 2018, the world will mark the 100th anniversary of the armistice that ended the hostilities of World War I. To commemorate this event, Memorial Stadium has designated a special POW/MIA chair. Each game this season, a veteran of U.S. military service will take his or her post next to this unoccupied chair in honor of the more than 800 Nebraskans lost in combat, but whose fate remains unknown.

A plaque will be installed permanently by the chair with the following verbiage: “You are not forgotten. Since World War I, more than 92,000 American soldiers are unaccounted for. This unoccupied seat is dedicated to the memory of those brave men and women and to the sacrifice each made in serving this country. …” The unoccupied chair is located in North Memorial Stadium Section 33, Row 18, Seat 27.

Later this season, Nebraska Football will salute all veterans and active military at the Veterans/Military Appreciation game vs. Illinois on Nov. 10. At that game, there will also be special recognitions of the 100th anniversary of the cease fire when the warring nations initiated an armistice to end hostilities in World War I.

The UNL campus is one of only a few universities that still maintain a full complement of all military branches represented through its Reserve Officer Training Corps. While self-reported, there are more than 1,100 students who are veterans, members of the military or dependents with many faculty and staff who have military experience. The Military and Veteran Success Center is a full service center for this student veteran population, offering educational support and retention programs to assist in their academic success. 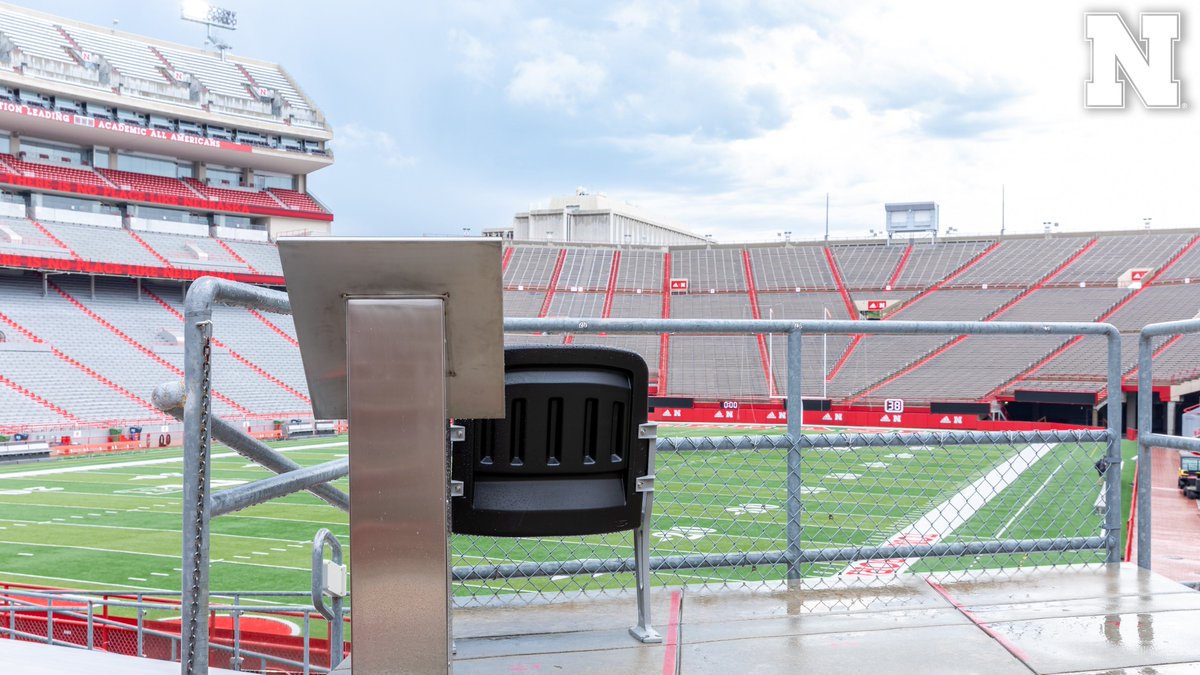