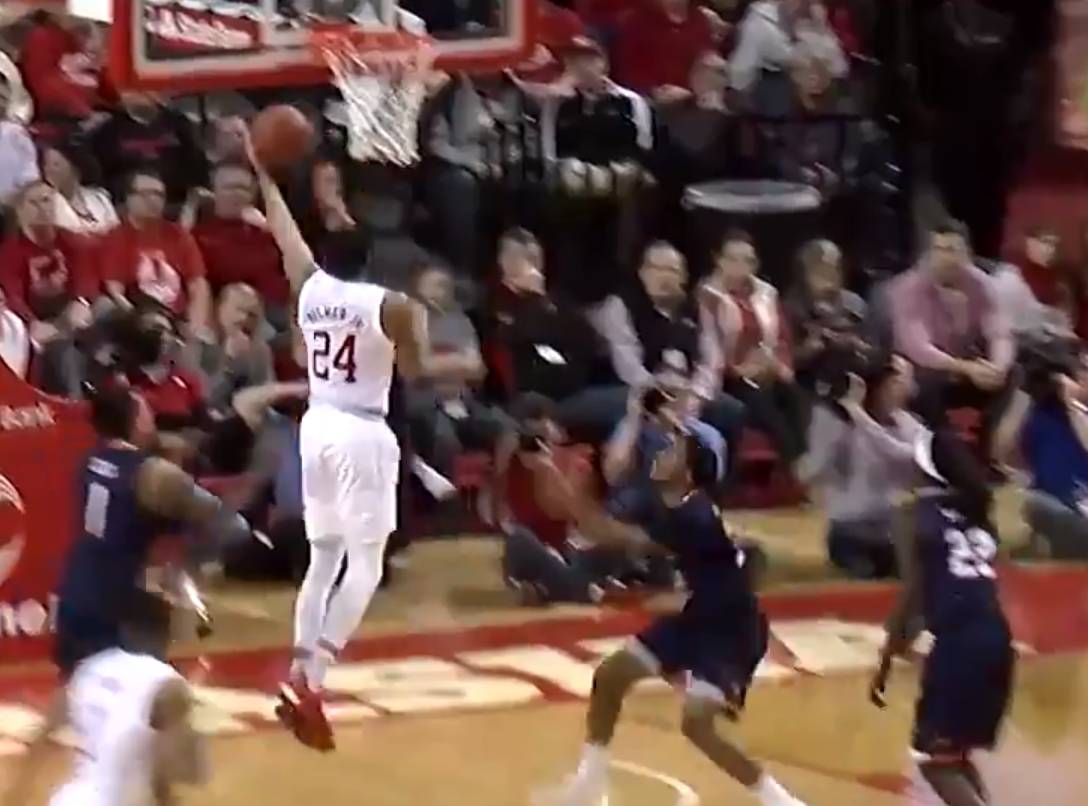 “Tonight was one of those nights where it felt like we were running in mud early. Not a lot of spark. It looked like we were in a fog, so to speak. I felt like we got some good sparks. Anton Gill came in. He had a migraine in the pre-game. He wasn’t even able to go through pre-game. It was kind of a question mark, going through warm ups and by game time he was giving it a try. You look at 21 points later and you think ‘well that worked out good.’ We needed him. I think there were some guys who weren’t at their best tonight. I kept telling our players that this team (UTSA) has similar offensive numbers to Michigan State, Creighton and Kansas. They just don’t look like it. One of our guys says after the game to Coach Molinari, ‘I didn’t think they were like that.’ Well, yeah they are like that. I really like Coach Henson’s team, you can tell that that is his first full recruiting class with those two young guys.  Jackson and  Wallace, I think good things are going to come for them in the future.”

On being tied with four minutes left in the game:

“As I recall, they came out of timeout in a zone. We had a zone play drawn up and we hit Isaac , who was not having a very good game tonight. Isaac kicks it opposite and Anton  hits a three. We stalled out the next possession but kept the ball moving. Anton gets fouled on a three and in the meantime we got a stop. We contested a shot and they took a deep three and it didn’t go in. We contested it better on a switch and we had a couple blocked shots around the rim with  Roby. So just a couple of defensive stops, we were able to score and I think that relaxed us a bit.”

“Well they do an excellent job on offense. Our defense wasn’t good enough. They went one-on-one isolation and made some big shots too. You have to credit them on that. They’re not going beat us going one-on-one all night, I’m like, ‘Just hang in there, stay tough on the ball and everybody’s got to rebound’. You look and Jhivvan Jackson goes and Deon Lyle will go 10-for-16 on threes and you’re feeling like…I’ve watched Lyle’s last 25 shots and 22 were catch-and-shoot-like threes. And then he bounced it a couple times in transition and at half court, it’s a three. We obviously don’t listen well.”

On this being a game that Nebraska could have lost in the previous years:

“Quite frankly it is the same day a couple years ago and it made me a little uneasy. This could have been a game where we maybe not have hung around with. Just like Eastern Illinois, I think we showed some toughness mentally and just did enough and have enough talent too.”

“When it was like four minutes left, we took their run first and we made some big plays. hit a big three, to more threes and then we just took off from there. James (Palmer Jr.) made some big plays and things like that so we got some stops at the end. I think throughout the game, we let them get downhill and they can score the ball very well.  I think we did a good job at the end of the game.”

“Happy after any win. We have lost this game three years in a row. Today we won. It was tough. We knew the game was going to be hard. We can’t underestimate any opponent, but shout out to our guys and our coaches. We were able to weather the storm and win a tough one.”

“Definitely, especially a team full of veterans. Me and Anton being seniors, but we have guys like Glynn , who’s been in the program and been playing for a long time so he might as well be a senior. Every game presents a different opportunity. Today, we had a lot of guys able to step up and make plays and that’s what we did. That’s a sign of a good team, when everybody can contribute on any given night.”

On the lows in the game

“We had talked about it. A team that plays at their best when they’re down 10. We took their punches. We had some low stints where we didn’t play well, but you know at the end of the day you have to make plays to win and that’s what we did.”

UTSA Quotes
Head Coach Steve Henson
Opening Statement
“They are a really good team, I’ve watched some of their games, they’ve done that to other people. Boston College was a close game going into the last few minutes they just shut them out down the stretch. Kansas the other night, close ball game, shut them out until the very last shot pretty much. So we knew we had the capability of screeching us to a halt. They are a good team. They have good depth, good size, good players. I’ve got a lot of respect for them. I’m really proud of the way our guys played. At times in the first half it was ugly. It was not our style of basketball. We couldn’t get a run going. We’ve got that ability to go on a run and get things out of the flow and they didn’t let us do it but we hung in there. It was good to see. I know we’re a good team when it’s easy, when we’re flowing, when both teams are getting up the floor. I liked the stretch there when it was hard and our guys hung in there and found a way to keep the game within reach, and then came out early in the second half and it was more our tempo that we are comfortable with. Trading baskets wasn’t good but we did some good things. We took care of the basketball, and played a good team on the road.”

On defense against Nebraska
“Yeah we hung in there, mixed up our defenses a little bit. We’ve been talking all year about needing to play some zone and in the first half they just drove it at us, drove it at us, then foul, foul, foul, foul, and we threw the zone out there and it helped us. It bought us a little time when we were in foul trouble. I was glad that we were ready to do that. We’ve been practicing. Three days ago we had a terrible day in practice with our zone. We came back the next day and knew we were going to need it at some point. I was proud of our guys, to expand a little bit. We’re a pretty good offensive team, a pretty good man-to-man defensive team, we need to expand.”