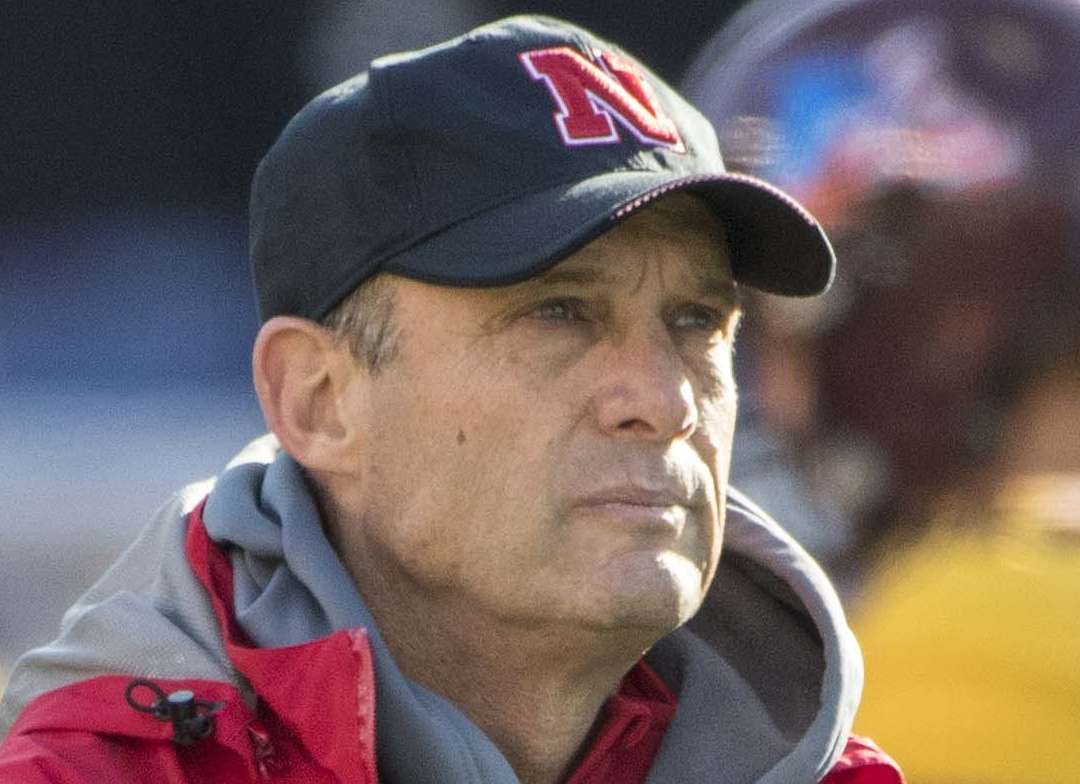 There are only three certainties in this world: Death, Taxes and Mike Riley is going to be fired shortly after Nebraska’s Black Friday game against Iowa. The Huskers are now 4-7 after their most recent trip behind the woodshed. The latest haymaker to the chin of Riley’s tenure came today at the hands of Penn State, who embarrassed the Huskers to the tune of 56-44. Riley and Nebraska are 1-4 since Bill Moos started evaluating the program. I include the 56-14 beatdown by Ohio State because Moos knew he was taking the job at that time – even if the news would not become public until the following day.

There has been a lot of smoke billowing out of the Scott Frost rumor mill the past couple weeks. Those rumors escalated, however, this past week. On Monday, ESPN’s Adam Rittenberg claimed the Huskers had reached out to UCF to make their “intentions known.” Rittenberg was a guest on The Bottom Line with the Omaha World-Herald’s Mike’l Severe and said, “Now, I have been told that Nebraska has made some type of offer or interest in Scott Frost known. So people there at UCF I have connections with are aware that Nebraska is making a strong, strong push for Scott Frost.” Yesterday, Bleacher Report’s Lars Anderson reported that Frost and Nebraska are nearing a deal to make him the next head coach of the Huskers. Seven years and $35 million is the reported offer. This past May, UCF signed Frost to an extension through the 2021 season, and anyone looking to hire him would have to buy out that contract. According to the Orlando Sentinel, the buyout would cost $3 million. A mere formality if Frost is Moos’ guy.

Whoever the next coach ends up being – and Frost has to be at the top of that wish list – that guy will be tasked with trying to return this once-proud program back to prominence and national relevancy. This will be the third coach in the past five seasons. Not ideal, obviously, but Nebraska certainly isn’t the only prestigious program to fall from grace. Take a look at Alabama, USC, Miami, Texas, Notre Dame, Michigan, Washington, Oklahoma, Penn State, Oregon, LSU, Tennessee, Florida and Florida State. All of them have gone through down cycles at some point in the last 25 years. Some have pulled themselves out. Some appear to be on their way out. Some are still stuck in idle – like Nebraska. Bill Moos needs to bring in the right guy. Get a coach in here that checks all the boxes, who can stabilize and elevate this program.

Despite a 19-18 record thus far through three seasons, I feel Riley leaves the team in relatively good shape. Top-to-bottom, the roster is better now than when he arrived. In his short time in Lincoln, Riley did a good job of balancing out positions and replenishing them with some good, young talent. There are several promising underclassmen spread throughout the roster. Riley built one of the better recruiting departments in the country. Cutting-edge social media and on-campus events like June’s annual Friday Night Lights showcase helped Nebraska become one of the “it” schools on the recruiting trail. In the last two classes, Nebraska received more interest and visits from top-level recruits than they have in decades. Several four and five-star kids made the trek to Lincoln to check out the Huskers, often on their own dime. Nebraska was headed towards its best class in over a dozen years. Back in September, 247Sports ranked Nebraska’s class of 10 commits at the time 11th nationally according to individual player rating. When the 2017 season got underway, several four and five star recruits had Nebraska on their short list of finalists. Most expected a top 15 haul prior to on-field performances putting Riley on the hot seat. Riley showed Nebraska can recruit on the necessary level to be among the nations elite again. The next coach has to get the results Riley never got on the field. At the same time, he would be well-advised to embrace and build upon the recruiting structure that Riley implemented.

So where does Nebraska go from here? When Shawn Eichorst was fired in September, University President Hank Bounds said, “I can’t speak to my predecessor’s leadership style. What I can tell you is this a $150 million business. It’s important that I pay attention to it.” Of course the crown jewel of said business – or athletic department – is football. Bounds and Nebraska Chancellor Ronnie Green want to see a competitive balance across all Husker sports, but the football program is front and center. “We all know the importance of football to Husker athletics,” Green said at the time. “There’s no reason to debate that. We know the importance of it to our brand. The expectations in Husker football are high, should be high and will always be high.” Bill Moos agrees. When he was introduced as athletic director he said “Nebraska for years, and I’m talking about the sport of football, was the hunted, and we’re not right now. We need to get back into that position where everybody’s circling Nebraska on the schedule and ‘That’s going to be one tough game, whether we’re going to Lincoln or they’re going to our place,’ and I believe that’s the Huskers’ rightful place and we’re going to see what we can do to get back there.”

We all know Nebraska’s move to replace Riley and Eichorst is going to be costly. Eichorst alone is still owed $1.7 million on a contract that runs through June of 2019. That works out to about $81,000 a month the school is on the hook for. Nebraska will still owe Riley $6.64 million, which works out to about $170,000 per month through the end of his contract (Feb. 28, 2021), assuming he does not obtain employment elsewhere. Nebraska’s assistants are due roughly $4.5 million as each, with the exception of Scott Booker, is under contract through Jan. 31, 2019. Those numbers would obviously be reduced as the assistants get other jobs That’s on top of the money still owed to Bo Pelini, who was terminated with a $6.54 million buyout agreement. The current Youngstown State head coach’s payout from Nebraska totals just over $128,000 a month through February of 2019.

How much should that factor into the decision on the next head coach? None. If Bounds, Green and Moos don’t want to give Husker fans lip service, then money can’t be an issue when bringing in their next coach. The Big Ten’s new TV deal is a reported $2.6 billion package over six years. In October, we learned that Nebraska is projected to receive nearly $51 million in payouts from its conference this year, according to figures obtained by The Omaha World-Herald. That’s almost double the $26 million partial Big Ten share it received last year and almost six times its peak haul from its old conference, the Big 12. A report from the Wall Street Journal found that the Cornhuskers are valued at $507,679,000, the 14th highest mark in the country and $91 million higher than the Big Ten Conference average. It’s time Nebraska kept up with the Joneses. Regardless of who Moos identifies as his top target, money can’t be a reason why the Huskers don’t bring him to Lincoln. Moos and Nebraska will be competing against a few other high-profile openings. Florida and Tennessee are attractive jobs and Nebraska will likely be vetting coaches who are also being looked at by those schools. The Huskers can’t lose a bidding war. If Lars Anderson’s reported offer to Frost is accurate, it’s an encouraging sign that Nebraska is indeed willing to pony up.

The University of Nebraska has everything a prospective coach would want. Tradition? Check. Top 10 facilities nationally? Check. A young, fairly talented roster capable of a quick turnaround? Check. Marquee conference? Check. What’s even better, is that Nebraska resides in the less formidable West division. Fan support? How does 360 (and counting) consecutive home sellouts dating back to 1962 sound? Not to mention there are very few teams who travel on the road and show up at bowl games to support their team like Husker fans do. Okay, so you’re not smack-dab in the middle of a recruiting hotbed state like Florida, Texas, California, Georgia, Louisiana or Ohio. Well, Nebraska is going to give you a recruiting budget that few teams nationally will match. Mike Riley has shown the right staff with the right approach and aggression can attract the sort of talent needed to win big in Lincoln. The next coach should have the same approach.

With their resources, tradition, facilities and fan support, the Nebraska job is still one of the 20 or so most prestigious jobs in the country and with the aforementioned assets, they classify as a sleeping giant in my opinion. Everyone knows the measuring stick for success for Moos at Nebraska will be what he does with the football program. This is going to be a very important hire. Nebraska seems to be teetering as a program. If the next coach fails as badly as Riley did, the Huskers could completely fall off the map of relevancy on the national scale. At the same time, if Moos hits a homerun with the next coach, Nebraska can put themselves right back in the national conversation. No pressure Bill.

Prior to contributing to HuskerMax, Jeremy Pernell co-founded the all football website N2FL.com. He served as the editor in chief of the college football portion of the website which focused heavily on recruitment and talent analysis, including the NFL Draft. You can email him at N2FL@hotmail.com.