Monday Morning Quarterback: Who will be the Huskers’ starting quarterback in the last game? 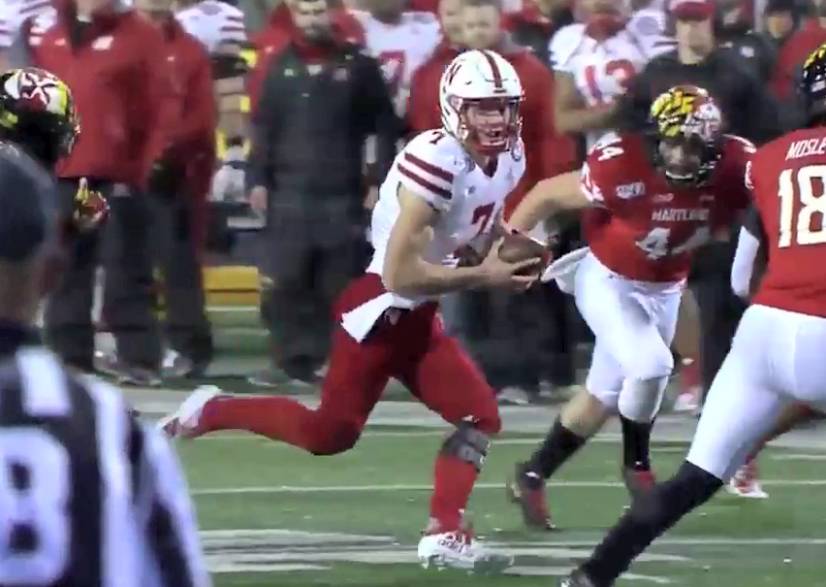 Luke McCaffrey, running for a first down, was one of the freshmen who got extensive playing time against Maryland.
By SquareOffs on 9/29/2020

There’s a lot of attention on the competition for Husker starting quarterback this year. Twenty-one game starter Adrian Martinez is coming off a challenging sophomore season that was definitely a step back. Freshman Luke McCaffrey, in limited playing time in a redshirt season last year, got fans excited with his playmaking both running and throwing.

Martinez is the clear favorite at this point to get the start against the Buckeyes. He had a truly stellar freshman year and deserved the hype going into last year. His freshman year highlight reel is really something. There were flashes of that last year, but something seemed off – whether it was a nagging injuries and/or a resulting crisis in confidence. While a meniscus is not an ACL level, it is not trivial, and has got to make a player feel vulnerable on the field. Adding a shoulder injury on top of that makes it even worse.

McCaffrey, whose offseason work was praised by Frost, has been working out with his brothers Christian of the NFL’s Panthers, and Dylan, who is opting out this season at Michigan. At his young age, McCaffrey is still growing and adding muscle to his frame, and is called the fastest player on the Huskers. But, as with Martinez, the key is the ability to make plays – which McCaffrey appears to have.

Both players should have additional Husker seasons beyond this one, unless they transfer. COVID-19 has impacted eligibility so players are basically getting an extra season with whatever can be played in 2020. But neither one is going to wait around two years and watch the other play.

The key here is not so much who will start the season. The main thing is who is going to be the one leading the Huskers at the end of the season and positioned himself as the Husker quarterback for the next two back-to-normal (fingers-crossed) seasons?

What do you think, who will be the Husker on-field leader by the time of the last game of the year?