Monday Morning Quarterback: Who is your pick for the top Husker guard? 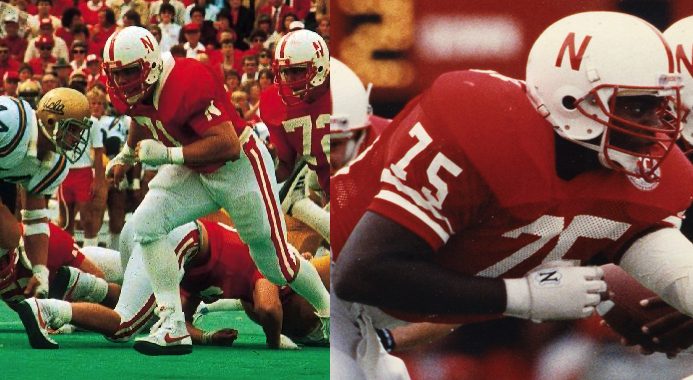 The Nebraska tradition for outstanding lineman is well known, with the Outland going to Huskers nine times, way more than any other school. A long line of Husker lineman have excelled on both sides of the ball. So many, that you can do things like compare greats at a single position – such as offensive guard, where two of the greatest Huskers ever played.

Dean Steinkuhler played from 1981-83, winning both the Outland and the Lombardi Trophies his senior year. Steinkuhler was the main hoss on an offensive line in ’83 that averaged 402 yards rushing and 52 points a game. Steinkuhler was named to both the Sports Illustrated and the Walter Camp All Century teams

Will Shields played for the Huskers from 1989-92, winning the Outland his senior year. Shields was so good he got votes for Big Eight Offensive Player of the Year. He was the key piece up front that helped the the Huskers win national rushing titles in 1991 and 1992.

Who do you think was the best guard in Husker history?