Monday Morning Quarterback: Who do you say is the all-time Husker defensive lineman? 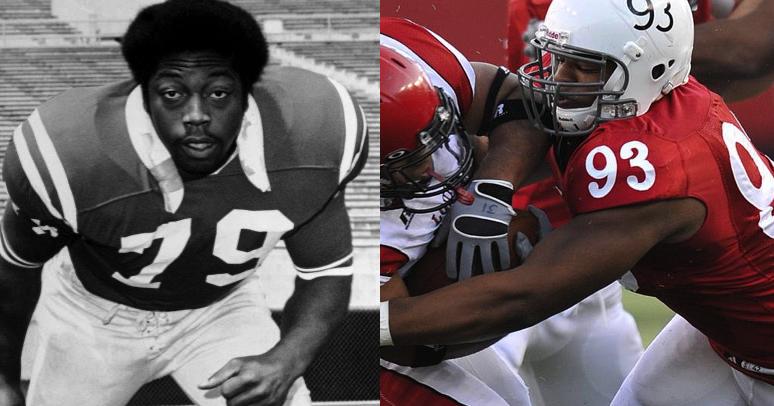 Since 1970, there have been only five defensive linemen to finish in the top 5 for the voting for the Heisman Trophy. Two of them were Huskers — Rich Glover came in third in 1972 and Ndamukong Suh was fourth in 2009.

Rich Glover wasn’t the biggest guy, but he played huge and was a big part of the 1971 national championship team. Glover led the Huskers in tackles in both his junior and senior seasons, both All-America seasons for him. Against Oklahoma in the “Game of the Century” in 1971 he had an otherworldly 22 tackles.

Ndamukong Suh was a 6’4″, 300-pound beast who was the first defensive player to win the Associate Press College Football Player of the Year Award. Suh led the Huskers in tackles in both his junior and senior years. In the 2009 Big 12 Championship Game against Texas, he put on an awesome performance with 12 tackles, 4.5 sacks and seven tackles for loss.

Both Suh and Glover were legendary members of the Blackshirts who could singlehandedly take over games from the defensive side. Who do you think was the top Husker defensive lineman – Ndamukong Suh or Rich Glover?