Monday Morning Quarterback: Where are you looking for the most offensive improvement for the Huskers vs. Colorado – running or passing? 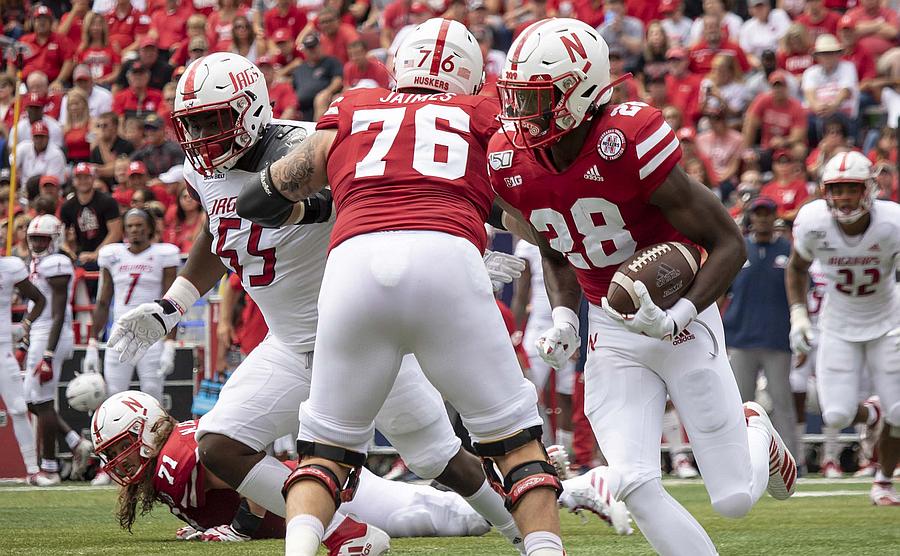 Yes, the Huskers did not dominate as was expected against South Alabama. Still, they found a way to win, thanks to the defense getting turnovers and scores. Going into this weekend’s game it is clear that Coach Frost and the team have work ahead of them compete in the Big Ten this year.

The Husker offense struggled all game, going 3 and out on four possessions, along with two turnovers and what should have been a third. Coach Frost didn’t make any bones about it in the postgame presser. While Jack Stoll, Wa’Dale Robinson and Maurice Washington showed great productivity, clearly, 276 yards of total offense won’t get it done for the Huskers this year.

Averaging 2.2 yards per rush is not going to keep the other teams honest against the option offense, which saw Adrian Martinez run for only 6 yards in 13 carries. On the passing side, only 178 yards will not open up the defensive gaps that the runners need to get into the secondary.

Colorado, although a preseason cellar pick in the Pac-12 South, put up 52 points this weekend in their game against Colorado State. And playing at home is going to give them extra juice. The Husker defense will have to show and prove, but the offense is going to have to really step up its game.

While both the running and the passing game clearly need to improve, which one do you think is most important to see results in for the Huskers to get the win over Colorado?