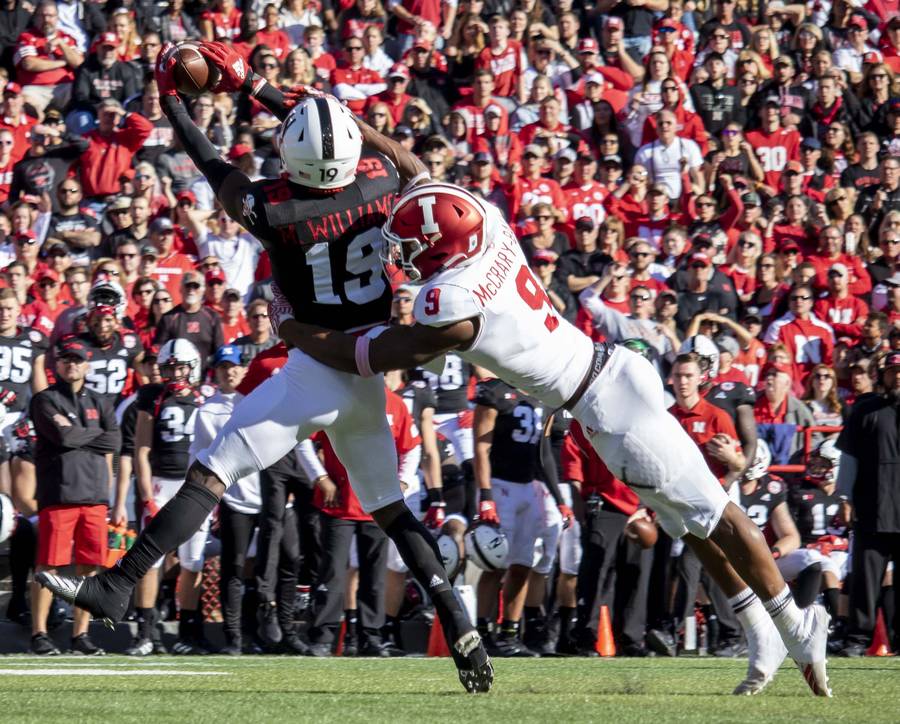 Another tough loss for the Huskers. One that shows how much work there is still to do to get the program back to where it needs to be. Turnovers, defensive breakdowns and mental errors like the illegal formation on 4th in 1 continue to put the team behind the eight ball. There was some good amongst the bad – including good play from both backup quarterbacks, further proof that Wan’Dale Robinson is the real deal, and some periods where the Kelly prototype uptempo game really started to kick in for Coach Frost.

This leads to one of the two big controversies of the game – the other being whatever the Indiana AD was on about after the game regarding Nebraska poor sportsmanship. The bigger story for Husker fans is what clearly looked to be Indiana players faking injuries off ball to slow down Nebraska tempo.

It appeared there were 4 or 5 times when Indiana players went down with injuries, all but one were off ball. Three of them happened when Nebraska had strung together a couple of really strong plays in the uptempo.

As Matt Reynoldson of KLKN noted:

So Indiana has had four injuries this game, and all four of them when Nebraska has executed tempo offense. The same player went down twice, and is still in the game. This player jogs off under his own power. Shades of Cal-Oregon – and Cal got hit with penalties from the Pac-12.

Props to Twitter user JTG (@glaserjo) with some video around this:

Indiana coaching staff and AD are incensed anyone would suggest their players were faking injuries this past Saturday.

Oh, wait they actually were: pic.twitter.com/6tDKOoyJtN

What do yo think – were the Hoosiers faking injuries against the Huskers?