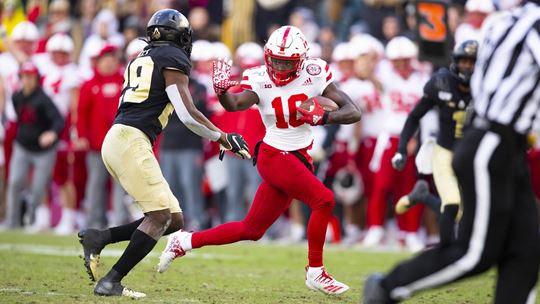 There is no joy in Huskerland after a hugely disappointing lost to a 2-6 Purdue team. A team that in the first week of October looked like a lock for 6 wins and a bowl is now in an uphill battle to get to .500 for that invite.

The last two games especially hurt as those were the Huskers’ to win but they couldn’t close them out. If the Huskers get wins over Indiana and Purdue and you have a night-and-day difference season of 6-3, and 4-2 in conference instead of the current 4-5, 2-4. The injuries have been tough for the Huskers, but all teams have to deal with injuries, suspensions, whatever.

Going back to something Coach Frost said in a presser the week before Purdue (video below) where he talked about guys on the team coming out to warm up at the Minnesota game wearing hoodies, and basically how that was a signifier of the type of attitude that has to change for Huskers to get better.

This soundbite from Scott Frost, my goodness.
"I don’t want guys that go out in Minnesota with hoodies on and everything for warm ups. That just says to me just OK is enough, I’m a little cold so I’m going to come out here in that." #Huskers pic.twitter.com/9Vjl6P7isS

These past two losses definitely show the need for the Huskers to get tougher, along with adding more size and talent. What do you think of the point Coach Frost is making here – is this the type of thing you want to hear from the Husker leader, or is it the type of talk that makes a team hang its head and give up?