Monday Morning Quarterback: Do the Huskers get both big home game upsets this year over Penn State and Minnesota? 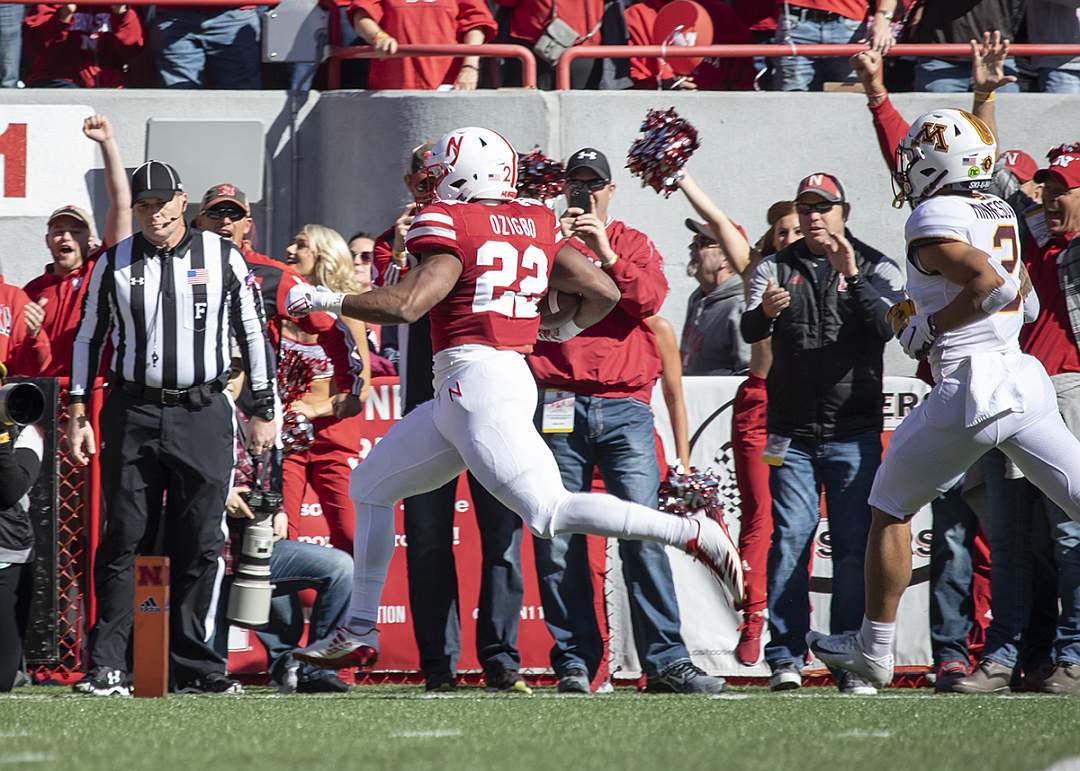 Everyone is looking for the Huskers to take a step or two up in year three of the Frost era. Five wins, .500 in the anticipated 10-game conference schedule would definitely do the trick. But another part of it is the team getting back to being tough to beat in Lincoln. And even more than that, using that Memorial Stadium advantage to get wins over the toughest teams on the Husker schedule. This year those two teams are Penn State and Minnesota.

Expected home wins for the Huskers this year are Purdue and Illinois — although no one is saying those will be easy. First-half schedule away games at Northwestern and Rutgers should be in the Husker win column. Game 5 on the schedule, in Columbus, is where the rubber hits the road. Nobody is looking for the Huskers to beat Ohio State — the key is to play them tough.

In the second half of the schedule are the two big tests for “Not in our house” — Penn State on 11/7 and Minnesota on 11/27. The other home games currently on the schedule have to be considered must wins if the Huskers are going to make any case for improvement in the program. But beating either Penn State or Minnesota at home, no matter how many fans are in the stadium, is key. Beating both would be huge. These could be the win or wins that build back the muscle of the team knowing they can play with anyone in the country, especially on the home turf.

Both games are going to be tough. Penn State has the higher power ranking, with some saying they have a chance to knock off Ohio State. In the Huskers’ favor, Penn State still gave up over 250 yards a game, with several 330+ yard games against them. Minnesota, on paper at least, seems the most winnable for the Huskers. While the Gophers have some good offensive weapons, they do not have the defensive front seven of Penn State, so Martinez or McCaffrey should have more room to operate.

What do you think — are the Huskers going to get both of the Memorial Stadium big game upsets this year?