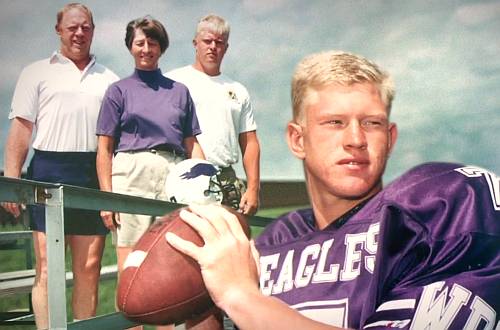 Long Road Home, a song written by Nic Ehrisman and The Dank Newells for the documentary Through These Gates, has now been re-envisioned to tell the story of Nebraska’s hometown hero, Scott Frost.

We all know the tale. Scott Frost won a national championship in 1997 under the tutelage of legendary coach Tom Osborne. Over the next 20 years, our beloved Cornhuskers slowly deteriorated after being put in the wrong hands time and time again.

This beautiful song has been re-envisioned to tell Scott Frost’s story as a player, a coach, and most importantly, a Nebraskan.