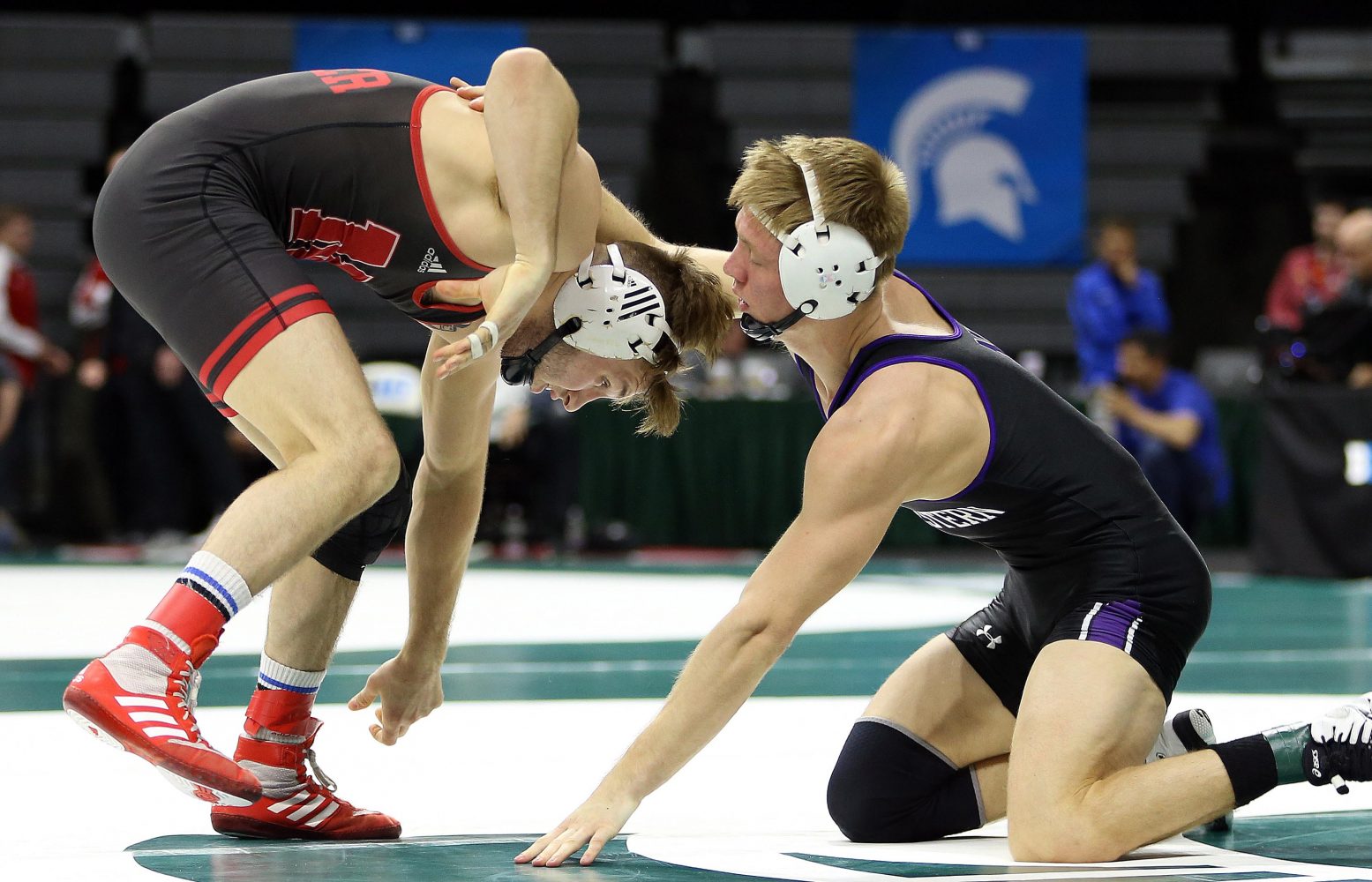 Mike Carter-USA TODAY Sports
Tyler Berger (left) is the eighth seed in the 157-pound bracket.
By HuskerMax on 3/12/2018

The 330 best college wrestlers from across the nation will descend upon the Quicken Loans Arena in Cleveland for the NCAA Wrestling Championships this week. LeBron James’ stomping ground will provide a thrilling backdrop to what looks set to be an epic battle between the leading college teams. As always, it looks set to develop into a straight fight between the mighty Penn State and the only team capable of stopping it seizing glory, Ohio State. Penn State topped the Big Ten standings earlier month with a 9-0 record, ahead of Ohio State at 8-1, and these two are the clear favorites to land the big prize in Cleveland.

But the Cornhuskers put in a strong effort in the Big Ten too, finishing fourth in the standings, with a very creditable 7-2. There will be plenty of Nebraska stars in with a great chance of individual glory for you all to cheer on when the NCAA Wrestling Championships over three days in Cleveland this week. Make sure to check Bovada for odds on NCAA Wrestling Championships, and you will see that the Cornhuskers – led by 18th year head coach Mark Manning – are given only the slimmest chance of collective glory, but some stars are right in the mix.

The 10 brackets were released last week and four of Nebraska’s qualifiers were seeded. Taylor Venz leads the way as seventh seed at 184lbs after finishing fourth at the Big Ten Championships. He secured 23 wins this season, the joint highest of any Huskers starters, along with a team leading seven pins. However, it is worth noting that 184lbs is an extremely competitive category, and top seed Bo Nickal looms large over it. The Penn State wrestler was a national champion last year and is a two-time All-American with a bright future ahead of him. Second seed Myles Martin, of Ohio State, had a strong record against Nickal for a while, but Nickal has reigned supreme of late and enjoys a faultless 26-0 record this year. It will be intense, but Venz is certainly in with a chance of springing an upset.

Returning All-American Tyler Berger is the eighth seed in the 157lbs bracket. He is making his third straight NCAA appearance and goes into the big tournament with a 22-8 record this season. Sophomore Isaiah White is seeded 11th at 165lbs, and he also has 23 wins under his belt this season. He won the NCAA Division II Championship for Notre Dame last season, and big things are expected of him after switching to Nebraska and stepping up to Division 1 and finishing seventh at the Big Ten Championships.

Colton McCrystal is the 13th seed in the 149lbs category after going 21-5 this season and finishing fifth in the Big Ten standings. Also look out for Chad Red Jr., Jason Renteria and Eric Schultz, who all qualified for the big tournament in Cleveland. It will be shown on various ESPN channels and every single match can be streamed on Watch ESPN.

Nebraska has never won the tournament, which has been dominated by Penn State, but it has had several success stories in the field of wrestling over the years. It has had 101 All-Americans in the history of the program, starting with Newt Copple back in 1948, all the way to Berger, Eric Montoya, TJ Dudley and Aaron Studebaker in 2017.

Former superstars include 2000 Olympic gold medalist Rulon Gardner, who also took bronze in 2004, and two-time NCAA champion Jordan Burroughs, who went on to win gold at the 2012 Olympic Games. Meanwhile coach Manning has twice won conference coach of the year, and he will be a reassuring presence for the likes of Venz and Berger this week.