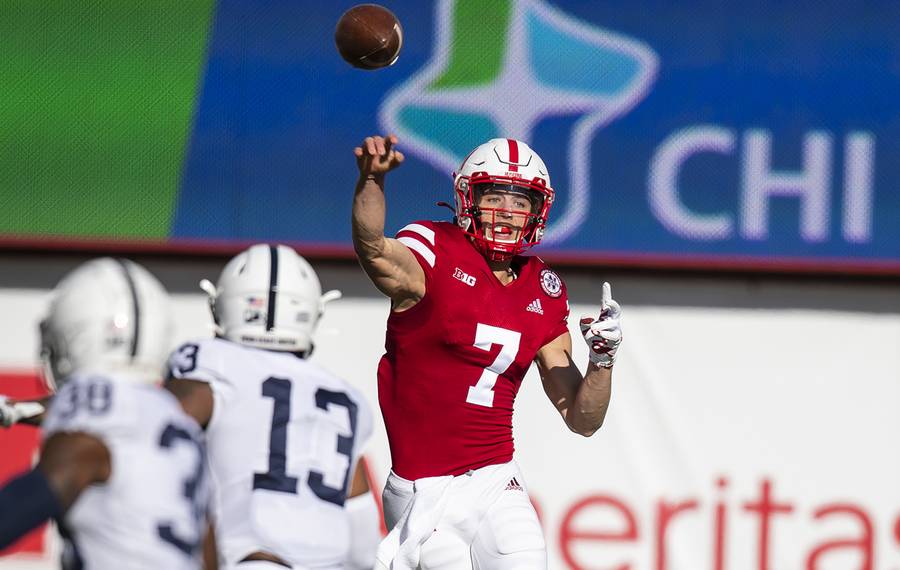 Just when you thought Nebraska was going to find yet another way to snatch defeat from the jaws of victory, the good ol’ Cornhuskers found a way to actually win a football game.

Yes, I know what many of you are thinking. Nebraska managed to beat an 0-4 Penn State team Saturday (30-23) despite several attempts to self-destruct.  But Nebraska didn’t fold.

Take a deep breath.  Enjoy the win.  Repeat after me:  “The Huskers found a way to win a game!”  There now, don’t you feel better?

Let’s all be thankful for that accomplishment.  Don’t apologize for it, don’t try to shovel dirt on it.  For a football program that hasn’t tasted victory since last year’s 54-7 win over Maryland on November 23rd in College Park, let’s all be thankful.  At least for a few days.

UPGRADE
Remember when Scotty and his assistants (sounds like a rock group) first came to Nebraska?  They said they were surprised at how much of a challenge a turnaround of the Husker football program was going to be.  They needed a major upgrade in the level of talent, they insisted.

And two years later, Frost, for the most part has done that.  We knew this year would be the first season his team would be made of mostly players he and his staff had recruited.

Well, 2020 is here, so why is Nebraska still making the same stupid mistakes they’ve been making the past two years?

I’m not sure if I have the answer, but some of the reason may lie with the age (or lack thereof) of his team.

TWO DEEPS
If you look at the two-deep depth chart for Saturday’s game with Penn State, you’ll see a lot of green.  On offense, there are at least 9 players who are either freshmen or sophomores.  And on defense, the number rises to 11.

Is youth an excuse?  Maybe not, but if we ignore that central fact, we’re missing a key point.  Frost seems to be building for 2021.  He’s playing a lot of young players in hopes that the snaps they are getting this year will pay off down the road.

HOW DOES McCAFFREY STACK UP?
I did a little research this week on how Luke McCaffrey’s stats compare with those first career starts of other former Husker QBs.  For the study, I chose  Turner Gill, Tommie Frazier, Scott Frost and eventual Heisman winner, Eric Crouch.  Each player’s Total Offense totals are shown.

As you can see, young Mr. McCaffrey holds his own, even against some of the greatest QBs in Husker history.  The common thread all of them have is in their starts, each player came out with a win.  Is Luke going to have the success those players had at Nebraska?  Maybe.  We’ll just have to wait awhile to write his story.

I HEART LOVIE
The Fighting Illini (it’s only a matter of time before Illinois is going to be forced to change the name of its mascot) are not a good football team.  But part of the reason is that they’ve had a lot of key players unable to play this season due to COVID problems.  But to his credit IU head coach Lovie Smith has done everything he could to make sure his football team continued to play football.  Mr. Smith gets my vote for being one heck of a good man.

Send me your Husker opines at [email protected].