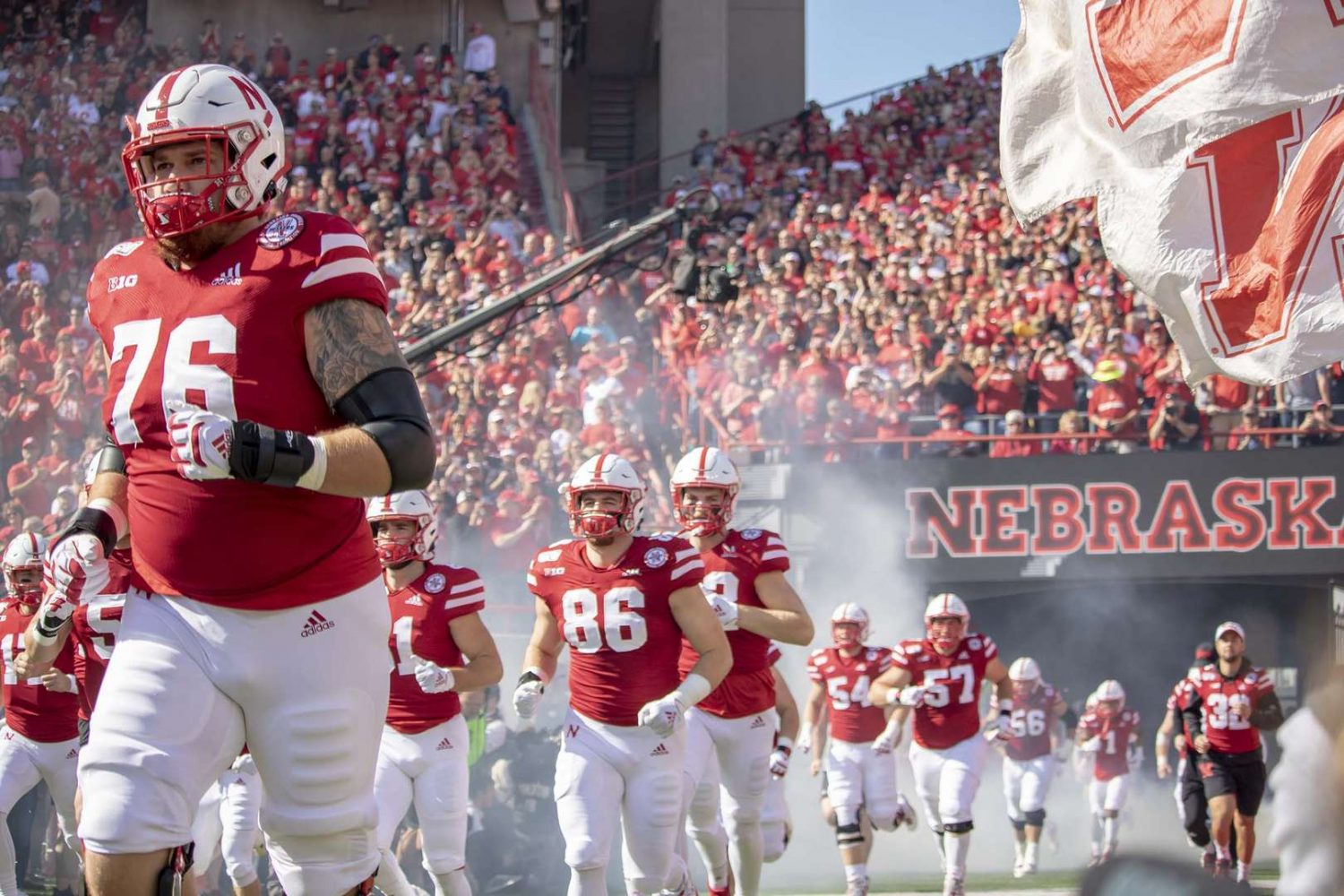 Don’t look now, Husker fans, but 4-3 Nebraska team is a 1½-point dog this Saturday at home to 5-2 Indiana!  Let that soak in for a while.

Oh, it’s not hard to see how oddsmakers came to that conclusion, even though the Huskers will be playing in their own stadium in front of 90,000 rabid Husker fans.  But when there is so much uncertainty surrounding key players like QB Adrian Martinez, WR/RB Wan’Dale Robinson and WR JD Spielman, making Nebraska a dog at home doesn’t sound all that crazy.  And if all that uncertainty weren’t enough, it was announced yesterday that Husker RB Mo Washington is no longer part of the Husker football program.

So, where are the Huskers going to go for scoring power?  With an erratic O-line, it’s going to be hard for Nebraska to score many points.  And if AM can’t play, does Frost go with Noah Vedral?  Or does Frost give freshman Luke McCaffrey a chance to show what he can do?

And even if AM, WDR and JD are at full strength, the offense has shown little resemblance to the juggernaut version we were led to believe it was going to be.  Does Frost go to his bench this week?

With 5 games to play, Scott Frost has a decision to make regarding when or if he plays some of the true freshmen he’s recruited.   Remember, the NCAA redshirt rule states that a player can play in up to 4 games in his freshman season and still be considered a redshirt.

But with 5 games to go, Frost would prefer to keep some of his key freshman players from burning their redshirts.

What are his options?  The O-line would be a good starting point to bring in some freshmen.  Here are some of the possibilities:

Frost is probably going to get all he can at the RB position from Jr. Dedrick Mills, Sr. Wyatt Mazour and walk-on RFr. Brodie Belt.  Will Fr. Rahmir Johnson see any action?  Johnson has already played in two games and can play in only two more and still keep his redshirt.

And what about the defense?  Will Frost give some freshmen like LB Nick Henrich a chance to play?  Garrett Nelson (OLB) has already burned his redshirt.  Who else will step up?

One really good bit of news coming out of Lincoln this week is that Barret Pickering (PK) looks as if he’s going to be ready to play this week.  Needless to say, his return would be a HUGE plus for Nebraska.

It will be interesting to see what Frost is going to do.  Will he do everything he can to win now and try to become bowl eligible this year, or possibly risk a chance for post season play in order to protect the redshirt status of players he’ll need over the next several years?

And did you think you’d ever live long enough to see teams like SMU, Cincinnati, Wake Forest and Appalachian State ranked in the AP Top 25 and Nebraska not ranked?  What is going on here?

Contrast that to the Huskers’ first 7 opponents which have a winning rate of 50%.  In other words, the Huskers’ second part of the schedule is more difficult than the first part – at least on paper.

I don’t mean to rub salt into the wound (sorry for another bad cliche), but if the Huskers are to make a bowl game this season, (Hello, Capt. Obvious) Nebraska’s going to have to find a way to get at least 2 more wins – 3 would be even better.

Some of you (and you know who you are) have spoken out against a 6-6 Husker team accepting a “mercy” bowl invitation.  But I disagree with that notion.  This year, I look at a Husker bowl game as a good (not great) step forward for this Husker football program.

If you’re looking ahead to the possible wins, there may be 2 games that might be winnable for Nebraska:  @Purdue and @Maryland and a 7th win might be this Saturday when NU hosts the 5-2 Indiana Hoosiers.

THE ROAD DOESN’T GET EASIER

But beating Wisconsin and/or Iowa will be a HUGE task for Nebraska considering the Huskers’ performance so far this season.  (It doesn’t mean much that Nebraska did what Wisconsin couldn’t do:  Beat Illinois at Illinois.)  BTW, don’t read too much into Dubya’s loss at Illinois last Saturday.  The loss probably had more to do with Wisconsin looking ahead to this Saturday’s clash with #3 Ohio State than anything.

In reality, the O lines of Iowa and Wisconsin will be a big challenge for Nebraska’s sporadic defense.  If the Huskers play with the same lack of discipline they’ve shown against Ohio State and Minnesota, Nebraska might have a very tough time even staying with those two teams.

I know, Iowa has it’s own offensive problems with being unable to run the ball or score many points.  But they have a good O-line and might be a tough match-up for Nebraska.  And the D-lines of both Iowa and Wisconsin are really good.

Wisconsin will keep pounding until they open holes for RB Jonathan Taylor.  If NU is not disciplined, Dubya will run the Huskers into the ground.

What’s it going to take for Nebraska to get to 6 or 7 wins?  Or the better question might be,  is Nebraska capable of even getting a couple more wins?

Based on their recent play, it’s going to be a very tall task for Nebraska to get bowl eligible.  And I hope it doesn’t come down to what happened in Mike Riley’s first year at Nebraska (2015) when a 5-7 Husker team played in the Foster Brooks, er Foster Farms Bowl.  I don’t think any team with a losing record should be eligible for postseason play – at least not in college football.

Husker Dan has been a regular contributor to Huskerpedia and HuskerMax since 2003.  And one thing to know about HD is that he’s not called “The Bob Uecker of Sports Writers” for nothing.  You may contact the writer at HuskerDan@cox.net.