Husker Dan: Where Do the Huskers Go From Here? 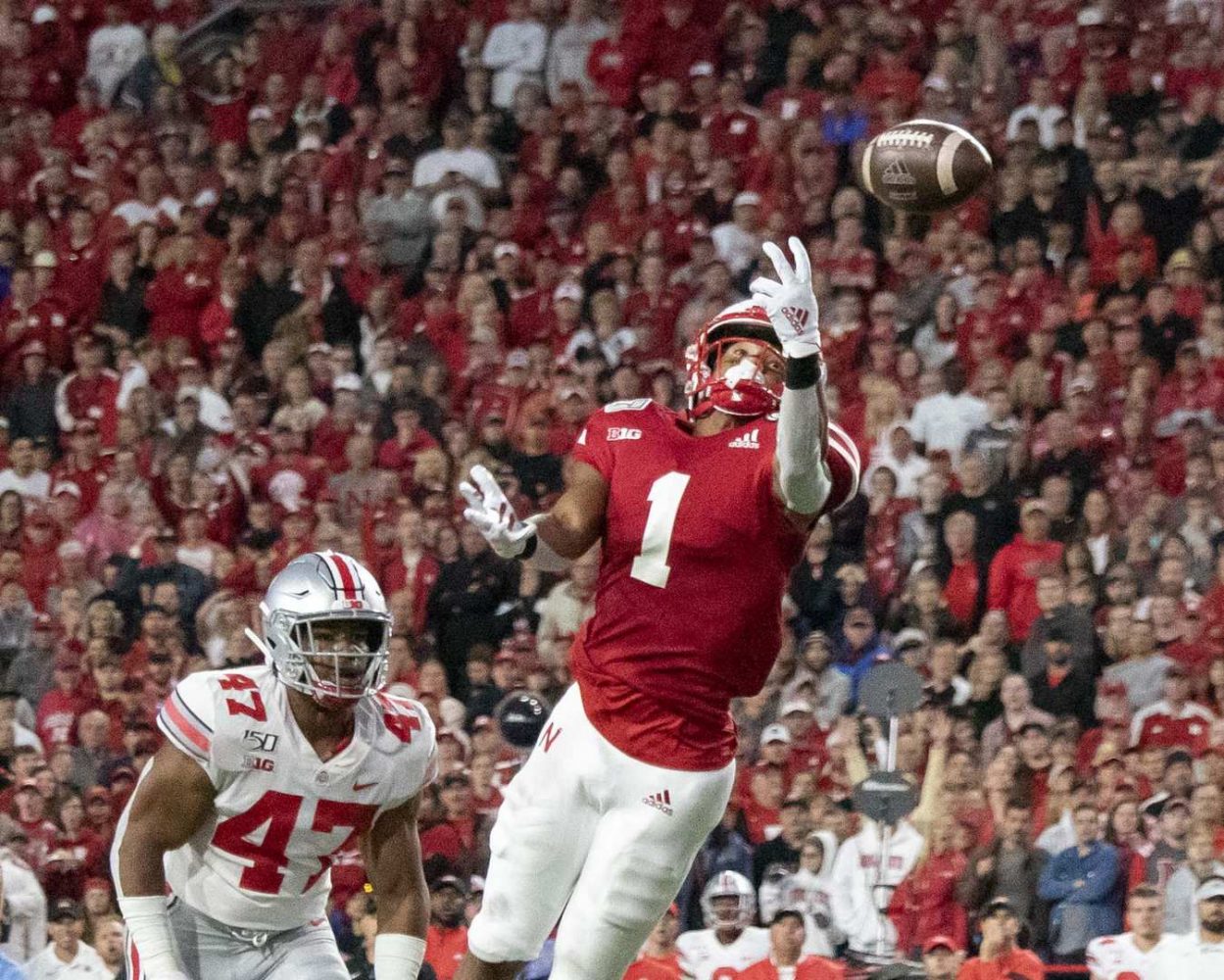 Husker fans are scratching their heads in the aftermath of yet another Husker blow out loss, a 48-7 stomping Saturday night of a young Husker team trying to climb out of the abyss it’s been mired in for far too many years.  To have even a chance against a team like the Buckeyes, Nebraska was going to have to bring its A Game.  But, as we all know, the Huskers made too many mistakes, missed too many tackles, gave up huge chunks of yardage and couldn’t sustain much of any kind of an offense most of the night.  On the other hand, the Buckeyes brought their A Game – or at least something close to it – in handing the Huskers their lunch.  In short, Nebraska was embarrassed once again on national television.

And wasn’t Lincoln the home of College Football’s Game Day Saturday?   It was a perfect day.  Beautiful fall day in Lincoln.  Everything was going so well for the Huskers until about 7:00 p.m. just after the game started.

So what happened?  And where does the Husker football program go next?

I don’t think there were many people who, before the season started, thought Nebraska was going to beat Ohio State.  I opined the Huskers might at least be able to make it a close game in the 4th quarter.

But as we all saw, Saturday night’s game with OSU was over in the first quarter.  What was I thinking?  Did the wheels suddenly come off the Husker football program Saturday night?

Actually, the wheels haven’t been on the Husker football team for a full game yet this season.  Nebraska’s erratic  and inconsistent play has been a characteristic of this team all season.  And last week, during the Huskers’ late fourth quarter win at Illinois, the Huskers were their own worst enemies.  Losing 4 fumbles to Illinois and still winning the game is one thing, but making costly mistakes against a team the caliber of Ohio State is a recipe for disaster.

Make no mistake about it, Ohio State is waaaaaaaaaaaaaaaay better than they were last year when Nebraska lost 36-31 at the Horseshoe.  Playing teams that are superior exposes your team’s weaknesses-and Nebraska had far too many to compete with the Buckeyes.

Husker fans may want to jump ship after the Huskers’ poor performance Saturday.  But let’s be realistic.

The Husker football program is better, much better than it was a year ago.  The talent is better, the depth is greater and most of the players have had an extra year in Zach Duval’s strength and conditioning program.

So what happened?  Ohio State is what happened.  It’s early in the season, but I wouldn’t be surprised if the Buckeyes are playing in the NC game.  They’re that good.  In fact, this may be one of the best Buckeye teams ever assembled at Columbus.

The Buckeyes dominated every facet of Saturday night’s game.  They didn’t even have to punt until the fourth quarter.

And OSU is probably going to tear apart every team they play including Wisconsin, Penn State, Northwestern and Michigan.  In short, the Buckeyes are probably going to go through the rest of the conference like poop through a goose.

NEXT STEP?
So what’s the next step for Nebraska?
1.)  Focus on Northwestern this week.  The Wildcats are not the Buckeyes.  Take one game at a time.  Don’t let OSU beat you twice.
2.)  Concentrate on getting better – each snap, each series, each quarter etc.
3.)  Don’t beat yourselves.
4.)  Come out Saturday afternoon with the biggest chip on your shoulder you’ve ever had.  Play angry.  Play with your hair on fire.  Play like the Wildcats are coming to Lincoln to burn down your grandmother’s house.  Don’t let them even get close to the matches.
5.)  And if the Huskers can get a lead, go for the jugular vein. Make sure the Wildcats know that Saturday ain’t gonna be their day in Lincoln.

SHOULD THE HUSKER GOALS BE CHANGED?
Winning the West is still possible and getting to a good bowl game is as well. But if the Huskers don’t win the West, maybe it will be a blessing in disguise.  Win the West and the Huskers would likely have a rematch with the Buckeyes.

QUESTION OF THE WEEK
If the Huskers were somehow to win the West, do you think it would be beneficial for a young Nebraska team to have to play a team like the Buckeyes again?  Or would Nebraska be better off in the long run not to play in the conference championship game? You may send your responses to [email protected].

HOW LONG IS THE REBUILDING GOING TO TAKE?
Is the path to restoring the Huskers to national prominence going to take so long that Husker fans are going to have to endure more and more games like Saturday night’s blow out loss to the Buckeyes?

I don’t think so.  All Husker fans have to remember is what happened in the 1996 Fiesta Bowl at the end of the ’95 season.  In winning their second straight NC, Nebraska destroyed a very talented Florida team, 62-24,  The Gators were completely outclassed in that game.

And what happened the following year to the Gators?  They beat Florida State, 52-20 in the Sugar Bowl to win the 1996 NC.

And what about Nebraska’s crushing 42-17 NC win over the Peyton Manning led Tennessee Volunteers in the Orange Bowl to cap the ’97 season?  The very next year UT (without PM) beat Florida State 23-16  in the Fiesta Bowl to win the ’98 NC.

NATIONAL CHAMPIONSHIP?
Am I saying Nebraska is going to win the NC next year?  No.  But I’m just saying that a lot can happen to improve a team from one year to the next.

Oh, and lest I forget, in 1968, Nebraska lost to Oklahoma in Norman, 47-0.  That’s right.  Nebraska was humiliated.  So guess what happened when those two teams met in Lincoln the following year?

Nebraska kicked their butts, 44-14.  So hang in there Husker fans.  I believe SF & Company are going to keep improving the Husker football program.

The writer has been a regular contributor to David Max’s websites (huskerpedia and HuskerMax) since 2003.  Dan is a longtime Husker fan who actually thinks he knows something about football.  (If the truth were known, the only action he ever saw on a football field in college was when he was in the marching band.)   You may contact him at [email protected].