Husker Dan: What the Husker Season May Look Like 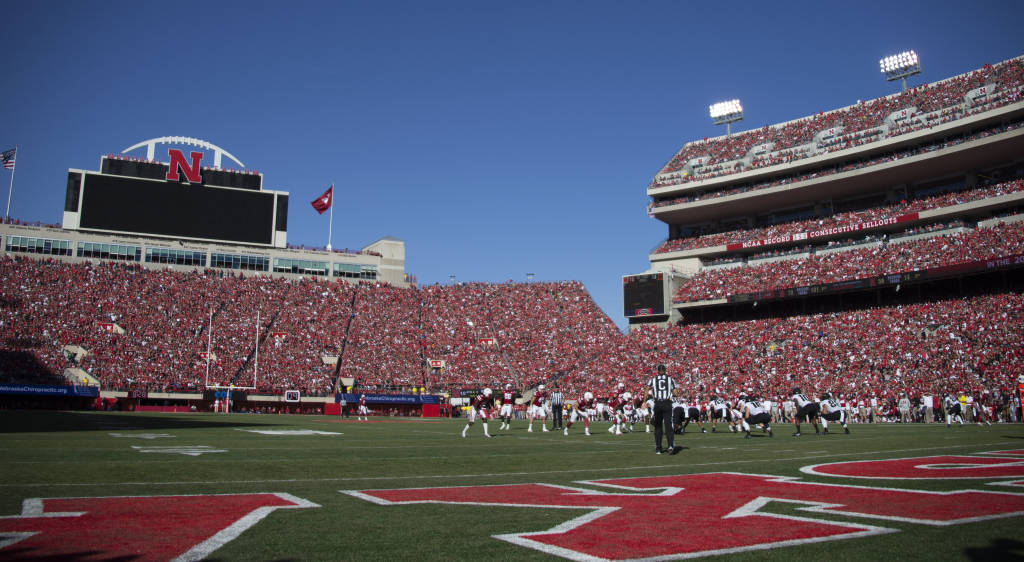 What the Husker football season is going to look like this fall has not been officially announced, but one of the scenarios allows for a full 12 game season for all of the B1G Ten Conference members.

How is that possible when the B1G has eliminated all non-conference games?  Good question.
WARREN PEACE?
B1G Ten first-year commissioner Kevin Warren might have found a way to enable all the conference teams to get back to the business of football this fall.
If he pulls this off-or anything close to this, he will have earned every penny of his paycheck.
One of the options no one seems to be talking about is an all B1G divisional  schedule-all B1G Ten East teams will play each other (and no other teams) and all B1G Ten West teams will play each other this fall as well.
If that comes to pass, the B1G regular season schedules will have to be shredded and replaced-in a hurry. (It’s likely that the new schedules have already been completed and will be released very soon.)
As we know, Nebraska won’t be playing its games this fall with South Dakota State, Central Michigan or Cincinnati.  Maybe parts of the Husker season will be intact, but it’s a good bet that all schedules will have to be scraped and replaced.
It would seem the Huskers’ season opener with West Division opponent, Purdue September 5th, may go on as planned, but there could be some juggling of the rest of the season.
BYE BYE BUCKEYES!
If the divisional schedule comes to pass, that means the Huskers will not have to play at Ohio State or a home game with Penn State.  Those are two big bullets to dodge, but there might be a catch with that option.  Nebraska will have to play all their divisional opponents this fall on a home and away basis. That means Nebraska would be playing Iowa at home and in Lincoln.  The same goes for their games with Wisconsin, Northwestern, Illinois, Purdue, Minnesota.  Let that sink in for a while.  It’s likely the Huskers won’t have to travel to non-divisional foe, Rutgers, and therefore won’t face former Husker QB, Noah Vedral.  In fact, the farthest east Nebraska will have to travel will be to West Lafayette, Indiana to face Purdue.
The downside to the plan is that Nebraska (as well as all B1G teams) will have only six home games.  Having one less home game will put a dent in the budgets of each university, city and state in terms of lost revenue.  But, if given a choice between no season and one shortened by one home game, it’s a pretty good bet most people would vote for the divisional option.
And BTW, it will be interesting to see how each university handles season ticket holders who have already paid for 7 home games.  Will there be a rebate for the missing home game?  Or will the universities just keep the money?
The all-divisional plan makes a lot of sense because:
1.)  The B1G teams will be playing a 12 game schedule.
2.)  TV revenue will help put the athletic programs in good financial standing.
3.)  Other non-revenue sports will be able to finance their seasons.
4.)  Fans will be thrilled at a full college football season.
5.)  Expenses for each school will be lessened because teams will be playing closer to home.
Here’s one possible schedule for Nebraska this fall (home games in bold):
SEPTEMBER
9/5  Purdue
9/12 Iowa
9/19 @Wisconsin
9/26 @Northwestern
OCTOBER
10/3 Minnesota
10/10 @Illinois
10/17 @Purdue
10/24 BYE
10/31 Northwestern
NOVEMBER
11/7 Illinois
11/14 @Minnesota
11/21 Wisconsin
11/27 @Iowa
This schedule will give the Huskers 6 home games-two each in September, October and November.  And an added bonus is that the Huskers get to keep their traditional Black Friday game with Iowa.  Let me know what you think of this plan.
You may contact the writer at [email protected].