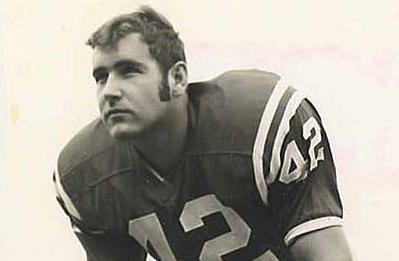 Last week, Part One of the All Nebraska Offensive Football Dream Team was announced.  And in this issue, we’ll look at the winners on Defense.

And to recap, the Dream Team members had to have been born in the state of Nebraska and/or played high school football in the state and had to have excelled in football at UNL.  The awards are for student athletes who played for Nebraska between 1962 and 2018.  The offense uses a FB and TE and the defense runs a 4-3.  Since 1962, there have been about 1,820 student athletes who played football at Nebraska and roughly half those (910) were home grown.  And to get on the Dream Team, that number had to be trimmed down to 26 slots:  11 Offense, 11 Defense and 4 special teams.

What is essential to know about this group of amazing athletes is how few people live in the state.  (The population of Nebraska is still under 2 million.)  These players should be revered by all Husker football fans for giving their blood, sweat and passion for the Cornhusker football program.  For help compiling this list, I sought the expertise of Mike Babcock, venerable sports writer for the Lincoln Journal Star (17 years).  Mike is also the author of several books about Nebraska football and is currently editor of Hail Varsity magazine.

Jim played behind Rob Stuckey his first two years before breaking loose in ’85 to become a star at his position. Jim was voted First Team All American in ’85 (Kodak, American Football Assn.) and First Team All Big 8 in ’85.  One of his former teammates at Nebraska said that pound for pound, Skow was the toughest, meanest player he’d ever seen.  Skow finished his career with 93 Total Tackles (73 solo) and 24 QB sacks.  He also holds the record for most TFLs (tackles for a loss) in a Single Season with 25 (’85) and is tied for first place for the most TFLs in a Single Game with 7 (’85) vs Missouri.

Amazingly, Derrie wasn’t even invited to play in the Shrine Bowl game after his senior year in high school.  He came to Lincoln as a walk-on and rose to stardom at Nebraska.  Derrie was a First Team All-American in ’80, was 1980 Co-Captain, 1980 First Team All Big 8, 1980 Big 8 Defensive Player of the Year, 1980 Lombardi Trophy semifinalist.  Derrie is tied at #4 for Single Season TFLs with 21 (1980).

George was known as the “Smilin’ Assassin.”  (His name was given to him by one of his teammates, NG Kerry Winemaster.)  George was a 1978 First Team All-American (Football News), First Team Academic All-American (’78), First Team All Big 8 (AP and UPI), ’78 Team Captain.  His senior year, he led the Huskers in tackles with 73 (42 unassisted).  In 1978, George helped the Huskers create nine turnovers (recovering 6 of them) during a 17-14 upset win over #1 Oklahoma.

Ever since he was a little boy (one of 10 kids in his family), he knew what he wanted to do:  Play in the NFL.  And he got his wish.  But first, “Murt” had to earn his way-beginning at Omaha North High and later at UNL.   This “colorful” linebacker gave fits to opposing running backs as well as his own coaches!  Jerry ranks #2 in Career Tackles with 342 and #3 in Single Game Tackles with 25 (’70 vs USC).  In 1970, Jerry was First Team All-American, Big 8 Player of the Year (UPI) and First Team All Big 8 (AP, UPI).

Clete is the older brother of Jim Pillen.  Both of them excelled at Nebraska and both were inducted into the Nebraska Hall of Fame.  Clete holds the Husker record for Single Game Tackles with 30 vs Oklahoma State in 1976.  He’s also #2 in that category with 27 tackles vs Oklahoma in ’75 and #7 in that category with 19 tackles vs Iowa State in ’76.  Clete also ranks #7 in Career Tackles with 273 (’74-’76).  He was First Team All-Big 8 and was voted Big 8 Defensive Player of the Year in 1976.

“Cactus” (his nickname) was on Bob Devaney’s third team.  Although he was listed as a safety, he was a heck of a punt returner, too.   Larry is tied at #4 in Career INTs with 11 and holds the #2 slot in Single Season INTS with 7 in ’66.  He is also #6 in Single Season Punt Returns with 452 yards and is #6 in Career Punt Returns Yardage with 788.  Larry is also a First Team All American, First Team All Big 8 and was a Husker Co-captain in 1966.  In 1964 during his sophomore year, blackshirts were given to the Husker defensive players.  But back then, Larry said, “They carried absolutely no meaning to us.”  It was only later that the tradition of the Blackshirts was established.

If there ever was one play in Husker history that best defines Nebraska football, I think it would be Johnny Rodgers’ 72 yard punt return for a TD that helped Nebraska beat the Sooners 35-31 in the 1971 “The Game of the Century.”  And proudly, two of the Dream Team players had key roles in that play.  Of course one was punt returner Johnny “The Jet” Rodgers and the other was Joe Blahak.  Joe’s block (it was a block, right Joe?) eliminated the last Sooner to have a shot at tackling Rodgers.  And as long as there is a thing called Husker football, that singular play will be remembered.  I got to know Joe over the past few years.  He was a friend and one of the funniest people I’ve ever known. Sadly, Joe passed away in 2016. He will be missed.

The choice of punter was maybe the toughest to name of the 26 positions.  Why?  Because of Kyle Larson and Sam Koch, that’s why.  It would be completely understandable to make this a co-award.  It’s a tough call, but Sam gets the nod.  Here are some of his qualifications:  In 2005, Sam was a First Team All-American (NationalChamps.net), was the Guy Chamberlin Trophy winner, a Second-Team Academic All-Big 12 and a Ray Guy Award semifinalist.  Sam owns the Husker record for Single Season (2005) Punting Average with 46.5 yards (including 71 punts for 3,302 Total Yards), is #2 on Career Punts (’03-’05) at 104 for 4,632 Total Yards and is #2 for the Longest Punt with an 84 yarder in ’05 vs Pittsburgh.

We go from perhaps the most difficult selection to the easiest.  There will never be another JR “Super Star.”  He once said that the secret of walking on water is knowing where the rocks are.  Johnny always knew where the end zone was-especially on punt returns.  Johnny “The Jet” was the most exciting college football player I’ve ever seen.  He would even return punts by running into the end zone backward.  His most memorable return was a 72 yarder in “The Game of the Century” in 1971 at Oklahoma.  Thanks to a great block by Joe Blahak, Rodgers did, in fact, tear ’em lose from their shoes.  Johnny won the 1972 Heisman Trophy.  He owns the Husker records for Career Punt Returns (98),  Career Punt Return Yardage with 1,515, is #2 in Punt Return Yardage for a season with 618 yards (’72), #4 with 548 yards (’71) and #8 with 349 yards (’70).  Rodgers is also #3 in Longest Punt Return with a 92 yarder vs Oklahoma State in 1971.  Adding to his Heisman trophy, Johnny was the ’72 Walter Camp Award winner, a two-time consensus First Team All-American, UPI Player of the Year (’72) and a two time First Team All Big 8 Award winner (’71-’72).  JR is the only player to appear in this list more than once.

(And as I said in Part One, Rodgers is one of two former Husker players who have college football awards named after them.)

What is even more remarkable was what many of these players were able to accomplish in the NFL after their Husker careers.  Some like Russ Hochstein, Joe Blahak, Sam Koch, George Andrews and Tom Rathman played in Super Bowls and some of the Dream Team even earned Super Bowl rings.

It’s been my honor to talk with most of these players.  If you run into any of these great men, shake their hands, buy ’em a beer and say thanks for a job well done!