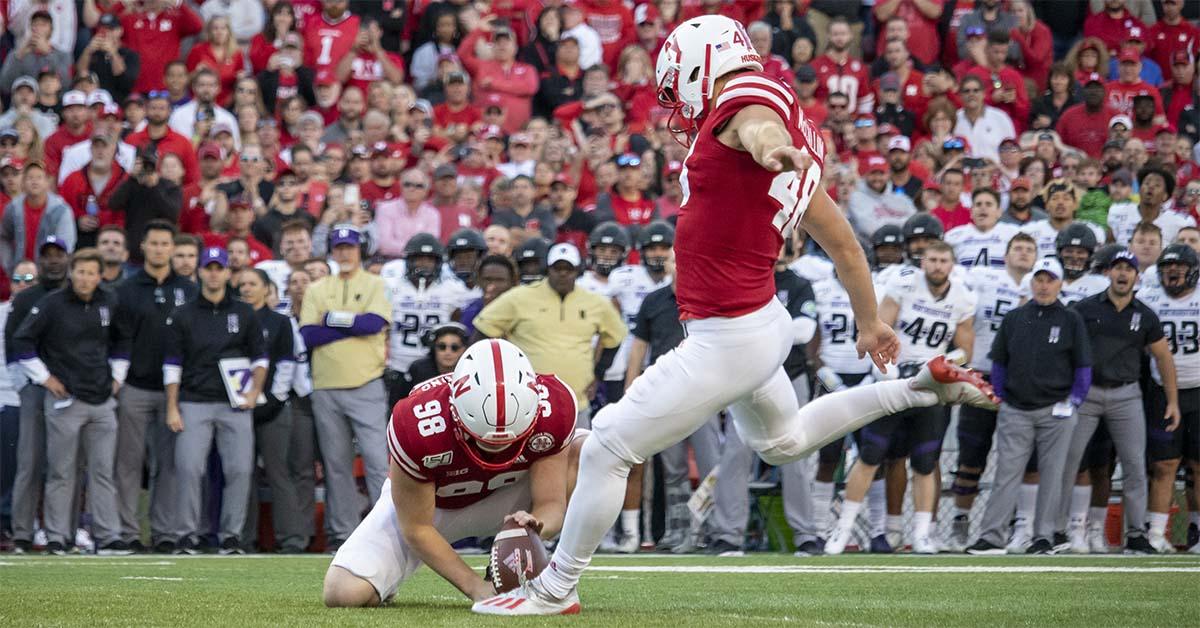 Mrs. Husker Dan used to tell me I should watch just the last two minutes of any televised sporting event.

“Let me explain,” she said.  “If the game is a rout, you won’t have to waste any time watching it.  And if it’s a close game, you’ll know in about two minutes who the winner is.  Think of how much time you’ll save.”

She does have a point.  Her idea could have made a lot of sense Saturday, given Nebraska’s 13-10 squeaker win over a 1-3 Northwestern team in Lincoln.  Sure there was the first-quarter TD by Wan’Dale Robinson and a third-quarter TD by the Wildcats, but there was a total of  19 count ’em 19 punts in the game.  And a total of 23 points were scored in the entire game.  Yawn.

It was like watching paint dry.  Husker fans sat on their hands for long periods.  It was understandable.  The Huskers’ juggernaut offense was, for the most part, dormant.

MINUTE MEN?
But the last 90 seconds of the game produced enough drama to make up for the rest of what otherwise was a lackluster game.

I’ve watched the last minute and a half of the game several times.  As you know, the Huskers were tied at 10, with NW mounting a drive of their own.  But a funny thing happened on the way to another possible Husker loss.

What happened?  A miracle…of sorts.  Husker cornerback Lamar Jackson stepped in front of a NW receiver for an INT about midfield.  That play caused the partisan crowd of almost 90,000 to blow the roof off Memorial Stadium.  (Yes, I know there isn’t a roof over MS, but if there had been one, it may have come tumbling down.)

Jackson’s play turned the crowd into the Huskers’ Twelfth Man that day.  (It’s a dang good thing for Nebraska that on Jackson’s pick, the refs didn’t see JoJo Domann holding onto the jersey of a Wildcat receiver.)

Former Wahooian (?) Noah Vedral, filling in for the injured Adrian Martinez, brilliantly engineered the winning drive for Nebraska.  The Huskers needed a big play.  Time was running out.  And when Vedral found an open Wan’Dale Robinson down the right sideline for a big gain,  all the Huskers had to do was get as close as they could to give the Husker kicker the best chance to win the game.

A couple of nice runs by Noah Vedral was all that was needed.  Scott Frost amid some boos from Husker fans, let the clock run down to 3 seconds.

And that set the stage for Husker placekicker Lane McCallum.  Lane, who had missed an earlier FG that would have likely been the winning margin for Nebraska, had to wait for NW to use all three of its time outs in an attempt to “ice” him.

And that’s what NW head coach Pat Fitzgerald should have done.  He was well aware of the Huskers’ placekicking woes this year.  Maybe Nebraska’s kicker would choke.

But as time expired, #48 kicked the ball just high enough to make it over the crossbar to provide an amazing 13-10 walk-off win for Nebraska.  I don’t know if McCallum’s kick will go into the Husker archives as one of the the greatest plays, like Jordan Westerkamp’s walk-off Hail Mary catch that beat Northwestern in 2013, but Lane’s kick will do for now.

HEEEEEEEERE’S LANE!!!
The city of Norfolk, Nebraska has yet another hero to honor besides Johnny Carson.  (Johnny and Lane even went to the same high school in Norfolk.)  Maybe like Carson, there will be a sign in Lane’s front yard saying this is the home of Lane McCallum.  Hey, who knows?

GRANDCHILDREN
Many years from now when Lane’s grandchildren are sitting on his lap, he can tell them about that beautiful warm, sunny autumn afternoon in Memorial Stadium when on the last play of the game, he kicked the field goal that won the game for the Nebraska Cornhuskers.  And that, my friends, is the stuff dreams are made of.

GARY PUCKETT AND THE UNION GAP
Bill Willams and his wife Evonne, co-founders of Patriotic Productions, are holding a fund raiser in Fremont, Nebraska this Friday night (October 11) featuring a live performance by Gary Puckett and the Union Gap.  The fundraiser includes lots of great food as well as a classic car show.  The Williams do amazing things to honor our great American veterans.  Please click this link to see how you can be a part of this great organization.

Husker Dan has been a regular contributor for HuskerPedia and HuskerMax.com since 2003.  Dan is a rabid Husker fan who writes from the fan’s perspective.  Dan is a legend in his own mind.  You may contact him at [email protected].