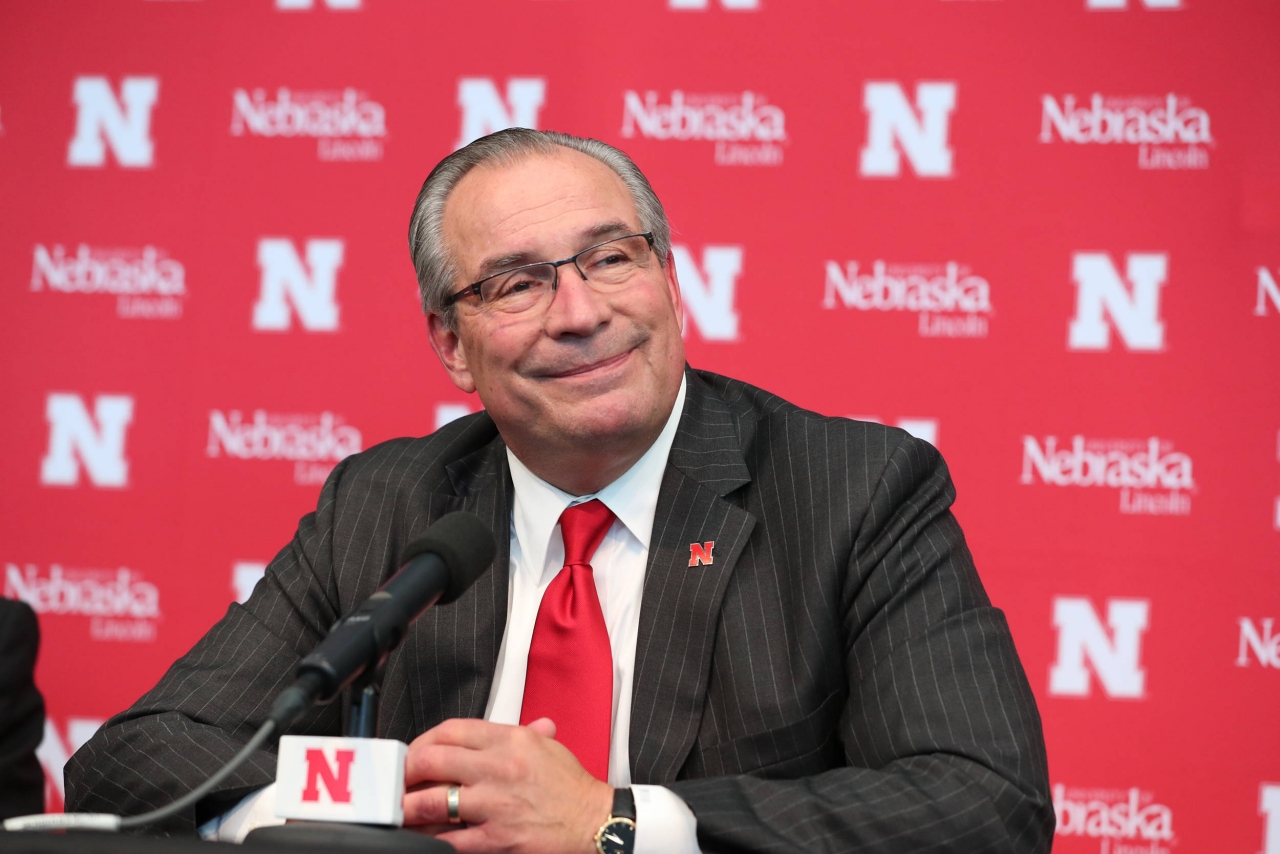 Don’t look now, Husker football fans, but fall camp begins this week and the South Alabama home opener is just about 30 days away.  Our nine-month wait for Husker football will soon be over!  I’ll write more about the upcoming season later, but first here are some of my notes from the offseason.

I got to meet Bill and his wife, Kendra, this summer.  Bill seems like a man who knows what he’s doing regarding the direction of Husker athletics.  I told him I couldn’t recall any AD making two such great back-to-back hires (Fred Hoiberg and Scott Frost) to such high-profile positions at any Power Five school.

I had a chance to visit briefly with him about the whirlwind ride he’s been on since taking over the men’s basketball program at Nebraska.  He and Frost seem to have the same vision of where they see their respective programs going.

I also got to hear Coach Tuioti speak back in April.  He is EXCITED to be at a program like Nebraska’s-the house his idol, Tom Osborne helped build.  If I hadn’t known Tuioti was a coach, I would have thought he was a Husker player.

And I got a chance to listen to John Cook talk about the upcoming Husker volleyball season.  Here are some of his words:

“I tell my players that they need to have three basic things:  A Backbone to be strong when things don’t go their way, a Wishbone to dream big and accomplish great things and a Funnybone to enjoy the process.”  That may sound a little bit like coachspeak, but read on.

Cook also talked about the recent upsurge in the popularity of girl’s volleyball in the state of Nebraska.  He noted the success of teams like the Huskers and Creighton University (both Top Ten D-I programs) as well as the success several other smaller schools in the state have been experiencing.

“Do you know that there are more Division I volleyball recruits this year in the state of Nebraska (31) than there are D-I football prospects?” he added.

Then his words turned to the future.  Talking about the Husker volleyball program, he said, “We are going to take this program to places (new heights) where it’s never been.”

This is coming from the head coach of one of the most dominating programs in all of D-I college volleyball.

And Cook wants to take this program to new heights?  How is that even possible?  Stay tuned.  I know one thing, never underestimate John Cook!

Here’s a mini interview I had with him:

1.) On what was his biggest surprise and biggest disappointment since returning as an assistant at Nebraska:

“The biggest surprise was in how poor a condition the program was in.  And that would also be my biggest disappointment.”

“It (Mo’s legal issue) just has to run its course.”

3.)  On what NCAA rule would he like to see changed:

4.) On Husker running back Jaylin Bradley:

“He needs to be more consistent.”

5.)  On what it takes to be a great college football recruiter:

My longtime friend and mentor died in March.  He wasn’t a sports fan, but he was THE drummer for the most successful recording rhythm section (The Wrecking Crew) in the history of pop music.  He played on 150 Top Ten hits (40 of them became #1).  He played on 6 consecutive Grammy Award Record of the Year award winners.  Hal took me under his wing when I was an aspiring drummer in L.A. back in the ’70s.  May he rest forever on 2 and 4.

I also lost a longtime friend of mine, Dave Schmid, a few weeks ago.  He had been in failing health for several years, but we always managed to talk Husker football, including this year’s team.   Dave was a father, grandfather and even a great grandfather.  We will all miss him terribly.

The event, held at the Ashland (NE) Golf Club was a huge success.  In fact, for the first time ever, the event was a sell-out.  Husker running backs coach, Ryan Held was the featured speaker.  There were a number of former Husker football players there, including Russ Hochstein, Jerry Murtaugh, Bret Clark, Cole Pensick, Bill Kosch, Mike Beran, Van Brownson, Matt O’Hanlon and C.J. Zimmerer.  Also playing golf was legendary Husker Strength and Conditioning coach Boyd Epley.  You can be a part of this great event next year (Friday, June 26, 2020) by registering online at www.huskersalute.org.  Salute is an all volunteer 501(c)(3) organization that each fall provides a weekend of Husker football for veterans, troopers, wounded warriors and Gold Star Families.