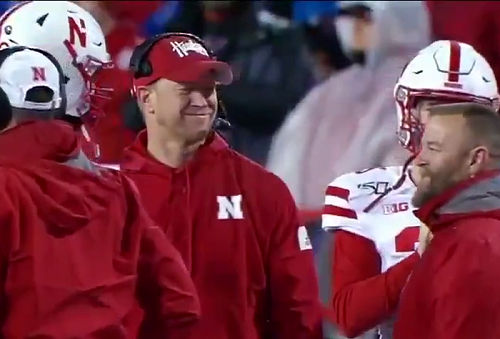 And so if all schools have the same testing limit, why should Nebraska be upset?

The answer is that most BT schools don’t have a walk-on program like the Huskers have.  Nebraska’s current roster consists of about 154 players, including around 85 scholarship players and about 69 walk-ons.  When all the assistants, trainers etc. are added to the testing total, NU will be easily over the 170 limit.

BYE BYE WALK-ONS?
So what is Scott Frost going to do?  He can’t trim his staff, his scholarship players or trainers.  And that leaves him only one option: Pare down the walk-on program.  Yup.

The reason the walk-on program has been so necessary to the Huskers’ success through the years is because of:  1.) The population of the state is less than 2 million and 2.)  Due to the state’s location, NU has a very small recruiting base to work with.

How essential is the Husker walk-on program?  Through the years, many of those players have gone on to star at Nebraska and even go on to have careers in the NFL.

BOTTOM LINE
The bottom line is that if the BT doesn’t change the limit, many Husker players who turned down scholarship offers from smaller schools in order to walk-on at Nebraska may be out of luck.  Frost has no other choice.

In short, Kevin Warren has given the middle finger once again to the Husker football program.  (The first was scheduling the Huskers to open this season on the road at Ohio State.)

Warren has the Husker football program over a barrel and he knows it.  And don’t tell me he doesn’t know what the population of the state is or how many players are on the Husker roster.  Any fool can look that up on the internet.

What’s surprising (shocking, actually) is why there hasn’t been much said or written about this subject. How was this stupid (and dangerous) ruling made?  Why would Warren do such a thing?

How does testing fewer players make the game safer?  And what business is it of Warren to limit the number of tests a football program can make?  To what good is it?

How KW continues to serve as the BT commissioner is beyond my comprehension.