Husker Dan: Have Husker Fans Drunk Too Much Kool-Aid? 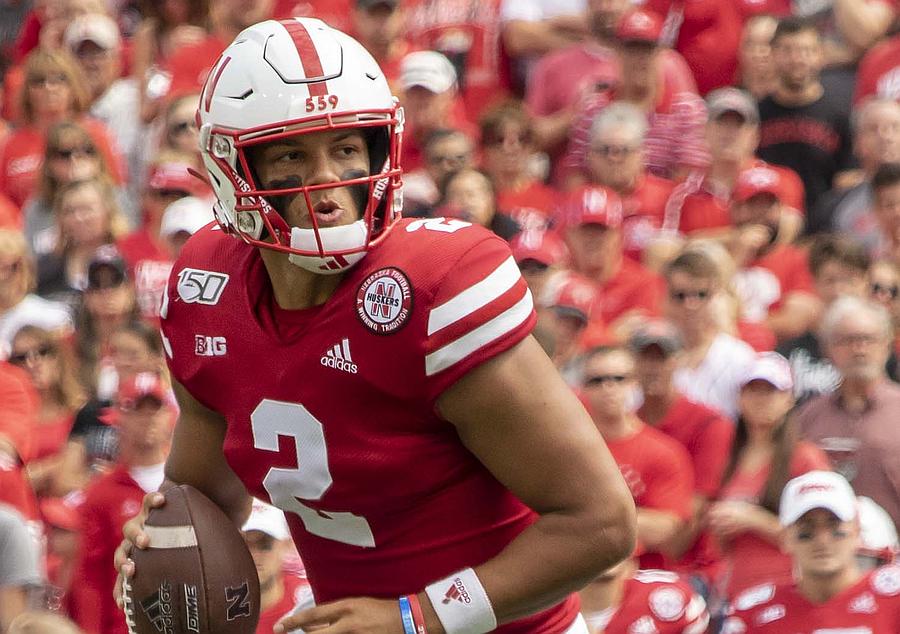 After two weeks of inconsistent play, Husker fans might be wondering what is going on with the team and what is going to happen to the Husker football team this fall.

Before the season began, we were led to believe that Year 2 of the Frost Era, the Huskers would be bigger, stronger, faster and in better condition than last year’s team.

To be sure, Nebraska lost 5 games by 5 points or less last year.  So expectations for 2019 probably included winning games like Saturday’s 34-31 OT loss at Colorado.

But after a 17-0 halftime lead, the Huskers seemed to run out of gas, giving up a couple of very critical 3rd and 4th quarter plays that doomed the Huskers.

But wasn’t this year’s team going to be in better condition with another year in Zach Duval’s strength and conditioning program?  Did the Huskers run out of gas last weekend?  And if so, how could that happen?

Things looked a bit ominous when the Huskers came out at the start of the 3rd quarter and had to burn a time out to avoid a delay of game penalty.  Didn’t the offense know which play they were going to run?  Yikes.

So what’s the problem?  What’s going on?  Poor execution?  Poor coaching?  Poor conditioning?  Not enough talent?  Inexperience?  Depth problems?  Or have we all drunk a little too much Kool-Aid?  It’s hard to say, but maybe it’s a combination of all of those points.

Here’s what might be going on.  There’s a saying that goes, “Winning is a habit.” But can’t the same be said about losing?  And if so, the Huskers seem to be stuck in the latter.

1.)  Close-game problems  It seems the Huskers are looking for ways to snatch defeat from the jaws of victory in close games.  Saturday’s game was eerily similar to last year’s road loss to conference foe, Northwestern-same score (31-34 in OT) and same result (another loss).

In the second half of last year’s NW game, the Huskers let the Wildcats back in the game.  And with about a minute to go, NW, with no time outs and trailing by 7,  had to start their drive out of their own end zone.  But somehow the ‘Cats clawed their way down field scoring the tying TD (31-31) with 12 seconds left in regulation.  And in OT, the Huskers fell apart with the help of an incredibly bad center snap causing 2AM to have to try a desperation pass that was intercepted in the end zone.  If any of this sounds familiar, you go to the head of the class.

(The exception to the Huskers folding in close games was last year’s 9-6 win in a snowstorm in Lincoln against Michigan State.)

2.) Inconsistent Play  So far, the only constant this year has been the  inconsistency of the Huskers.  One moment, we see the brilliance of Adrian Martinez and the rest of the offense and the next, the offense looks disorganized and confused.  Same with the defense.  The Blackshirts looked unbeatable in the first half Saturday against the Buffaloes, but fell apart in the second.

Scott Frost & Company inherited a program that may have been much worse than even they had thought.  Nebraska didn’t just get into the habit of losing close games and the problem isn’t going to be fixed over night.

4.)  Three Years  That’s how long Scott Frost has been a head coach.  And of the 3 years, Frost & Company have had 2 losing seasons.  And this year, Frost is 1-1 against average competition and stands at 5-9 for his career at Nebraska.  This is not an indictment of SF, but it is a fact that Husker fans need to realize.  I don’t have any doubt that Frost will push all the right buttons while he’s at Nebraska, but it’s going to take time, Husker fans.  Be patient.  Keep supporting this team and it’ll pay dividends down the road.

There are 10 games to be played and a lot of opportunity to improve.  If this year’s program can win 7 or 8 games and go to a nice bowl game, Husker fans should be ecstatic.  Be patient.

THE HUSKIES
And this week’s game vs Northern Illinois is no gimme, considering the Huskies’ win over NU in Lincoln in 2017.  If you’ll recall, Husker AD Shawn Eichorst was fired not long after that loss, paving the way for Eichorst’s replacement, Bill Moos, and the eventual firing of Husker head coach Mike Riley.

Saturday’s game with Northern Illinois is a pressure game for Frost & Company (as every week is going to be).  Lose this game and it could be a long year, especially with Wisconsin, Ohio State, Northwestern and Iowa coming up.

But wait a second.  Didn’t Northwestern lose all 3 of their non-conference games last year (even losing at home to Akron)? And didn’t NW still win the B1G West and play Ohio State for the conference championship?  Yes and yes.

What I think is the best suggestion for the Husker football team is, don’t look too far down the road.  Focus on getting better every week and worry only about the next opponent. Forget Indianapolis.  Ignore the hype and don’t drink the Kool-Aid.

ESPN’S TOP TEAM OF THE PAST 150 SEASONS

Please make a note of this, Husker fans:  ESPN’S top team over the past 150 years of college football is:  Drum roll, please:  THE 1971 NEBRASKA FOOTBALL TEAM!  Way to go, Huskers!

My question last week was of the following 4 Husker home games (Ohio State, Wisconsin, Northwestern and Iowa) what will the Huskers’ win/loss record be?

After 2 games, the Huskers are -1 in turnover margin.  How do you think the Huskers will fare this season in the TO department?  And be sure to state the reason(s) for your prediction.

Husker Dan has been a regular contributor to David Max’s web sites since 2003.  Dan lives in eastern Nebraska smack dab in the heart of silo country.  He’s been an avid Husker fan for decades.  You may contact him at HuskerDan@cox.net.