Husker Dan: Frost’s Own Will Change the Culture 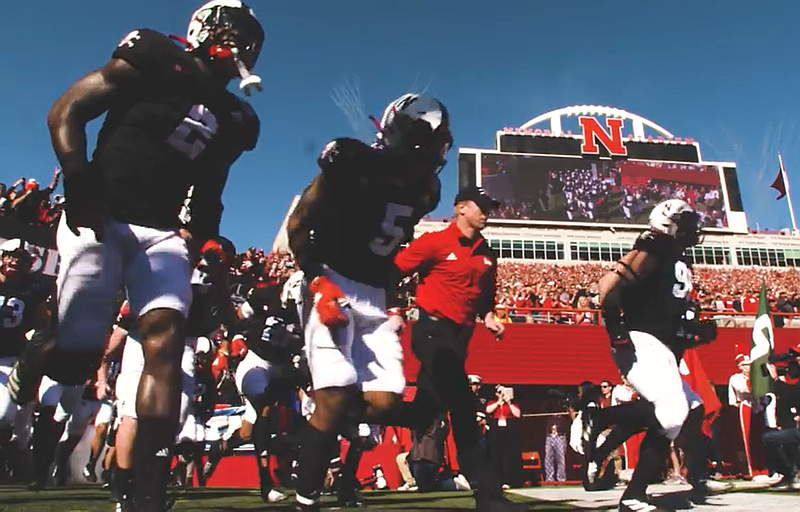 There were many “memorable” moments that plagued the Huskers Saturday when they hosted the 5-2 Indiana Hoosiers at Memorial Stadium.  We all saw the dumb mistakes NU made most of the afternoon including a shanked punt that sailed a whopping 19 yards and gave Indiana the ball on the Husker 35 yard line, the absence of a consistent pass rush, the kickoff that landed out of bounds, an illegal formation penalty that wiped out a first down for Nebraska and led to a missed FG, the fumble that led to an Indiana TD and the general lack of focus by a struggling Husker team that now stands at 4-4 for the season.

But even more than those bonehead plays, at least two other things really caught my attention.

The Huskers came out of the tunnel with a lack of enthusiasm.  I couldn’t believe what I saw.  This was a 4-3 Husker football team that was playing in front of a sell out home crowd of 90,000 fans, on a beautiful fall day in Lincoln.  A win would have put Nebraska in the driver’s seat at 5-3 with 4 games to go and more importantly, would have put the Huskers within one game of being bowl eligible.  How can a team NOT get pumped up to play that game?

Just after the Huskers pulled within 7 points at 38-31 in the fourth quarter, there was a line of Husker players who were dancing and having a grand ol’ time laughing on the sideline.  What?  The Huskers are trailing at home by 7 points late in the game to a team Nebraska was favored to beat?  And players want to dance?  Really?

So how can this Husker team be so undisciplined, disorganized and unmotivated on a game of this magnitude?

I thought last year the program had learned a lesson and things were going to change.  Things have changed this year, but the Huskers aren’t much better.

So what is going on?

Scott Frost was still talking this week about needing to make a culture change with his team.  He’s understandably frustrated with the sloppy play he’s seeing on the field each week.  Some have suggested that maybe it’s time for Frost to replace some assistants.  I don’t see that happening any time soon nor am I suggesting he do so.

I’ve talked about the hand Frost was dealt when he came to Nebraska.  And I’ve suggested that maybe the program was in worse shape than he and his staff had originally thought.  But I think I know one thing:  Frost needs time to fill the roster with his own players.

So I checked to see how many of Frost’s own players there are on the starting lineups for offense and defense.  The list is based on the two deep roster that was issued for the Indiana game.

And on defense, things get worse for Frost players.  Of the starting 11, there are only three on the starting list.  They are:  Darrion Daniels (NG), Caleb Tannor (LB) and  Cam Taylor-Britt (S).

With only two recruiting classes (actually only one complete cycle), Frost has not yet been able to field a team made of his own players.

Before calls are made for any coaching changes to be made, maybe all of us should wait until Scott Frost has a chance to make the football program his team.  That might have to happen before we see a real cultural shift at Nebraska.

Husker Dan has been a regular contributor to the HuskerPedia and HuskerMax websites since 2003.  He’s a longtime Husker football fan and is a has-been drummer.  He even has a bumper sticker that says, “Stick It If You Don’t Like Drums.”