Husker Dan: From the Email Bag 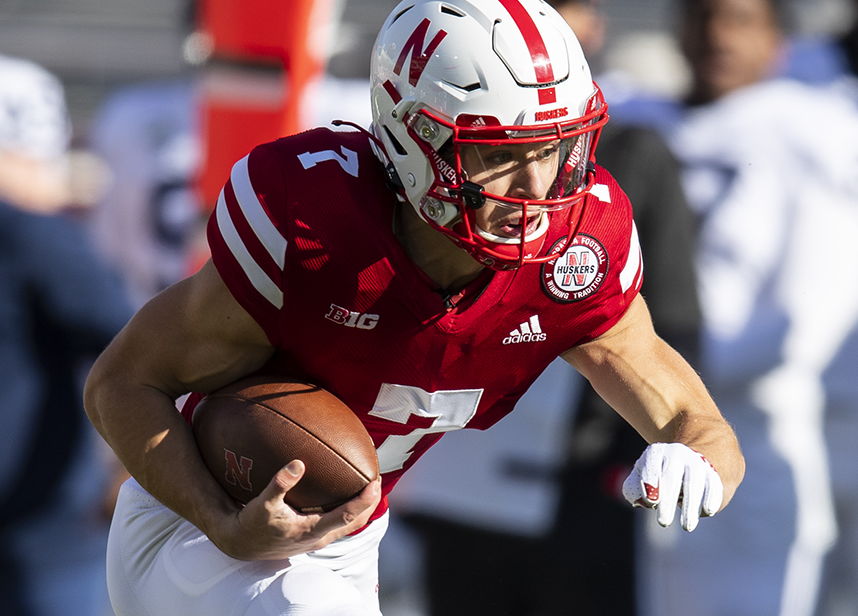 You may be wondering why I’ve not written anything for HuskerMax lately. Well, if you really want to know the truth, I was captured by forces from the planet Gorgo. It is an orb run by really beautiful women. And it just so happens that they have a fondness for old, chubby men. So what was I supposed to do?

Anyway, to get caught up on the world of Husker football, I am turning to some of the emails I’ve received in my absence.

Dear Husker Dan:
I’m worried about the current status of Husker football. I mean, we had a lot of players like Wan’Dale Robinson and Luke McCaffrey just up and leave the program. What’s going on?
Sue Vaneer
Orlando, FL

Dear Sue: Yes, the college football transfer portal has been rearing its ugly head lately. And as far as Nebraska is concerned, the optics aren’t good. And the players you mentioned were expected to have significant roles in the Nebraska football program.

And in 2020, NU lost slot receiver JD Spielman who transferred to TCU. His leaving was a loss for the Huskers last year because Spielman was a very tough and experienced receiver who could go down the middle and make great catches. Had he stayed at Nebraska, he would have broken several school records for career pass receptions. His leaving, in my opinion, was more of a loss than the other two you mentioned. That’s not to say Robinson and McCaffrey didn’t have the potential to play big parts in the Husker offense. They certainly did. Wan’Dale is a very tough kid who for most of two years (’19 and ’20) was taken out of his slot receiver spot to help shore up the injury-plagued fleet of Husker running backs.

And McCaffery’s departure was also a head-scratcher because of what Scott Frost had said earlier about his being the future of the Husker offense.

The transfer portal is similar to pro baseball’s free agency. The TP is wreaking havoc not only with Nebraska, but with a great many football programs throughout the nation

College football coaches are finding out that they have to recruit kids not only to come to their schools, but to convince them to stay in the program once they’re on campus.

And now we hear that Nebraska tight end Kurt Rafdal has also decided to enter the transfer portal. And that’s too bad. News out of Lincoln was that Kurt was having a great offseason. So, another Husker player bites the dust.

But at the end of the day, if a player doesn’t want to be in a program, it’s best for him to move on. Thanks for writing.

Dear Husker Dan:
What’s up with Nebraska even considering dropping this fall’s game with Oklahoma? What is going on in Lincoln?
Jim Schortz
Dallas, TX

Dear Jim: That the Husker Athletic Department was exploring all options to increase football revenue is totally understandable. And that the Huskers are scheduled this fall to play only one home game before October 1st made matters even worse. Lincoln-area businesses have taken a huge hit last year with shutdowns, fewer home games, fans not being allowed to attend games, gather in bars or even to tailgate.

But the way the news leak was handled by the NU Athletic Department was a colossal PR mess, in my opinion. Bill Moos should have come out immediately and put the matter to rest, but it wasn’t until hours after the news broke that Moos issued a statement. Why the OU-NU game was even considered for cancelation is stultifying. And the media are not likely to let go of the matter, especially as we get closer to September 18th.

Dear Husker Dan:
How many games do you think the Huskers will win this fall? I’m thinking that five wins might be the max. And the Husker schedule is insane this fall.
Frank Fertter
Placerville, CA

Frank: Based on the product we’ve seen over the first three years of the Scott Frost era, you might be right. I’ve talked with a number of people who consider themselves to be big Husker football fans, and almost everyone’s expectations are low. And, as you said, the schedule is a ball-breaker.

If the Huskers can find out how to get out of their own way (turnovers, stupid penalties etc.), Nebraska might be poised to have a seven- or even an eight-win season. But the devil is in the details. Thanks for writing.

QUOTE OF THE DAY
Don’t be so humble. You are not that great.
Golda Meir

Husker Dan has been writing about Husker football since 2003. He’s also a washed-up drummer who never learned to stick with it… You may contact him at [email protected].