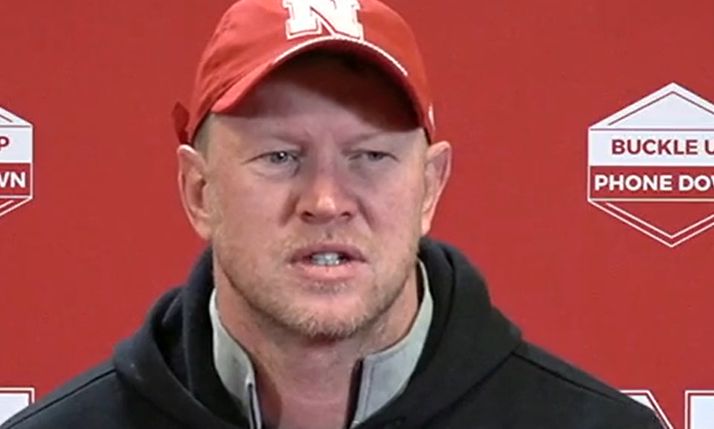 Scott Frost was beside himself in his press conference following his team’s 20-26 loss to Iowa last Friday. Frost was angry and frustrated with the way the season has been going for the Huskers. And who can blame him? He praised his team’s efforts, but he also called out some members of his team for their lack of commitment.

Frost’s message was loud and clear. He was upset with some players not going to class and showing up late for practices and workouts. Frost said that doing the little things right all the time will lead to better performances on the field.

Frost also pointed out that back in his days at Nebraska, if a Husker player screwed up either on the field or off, he would be more afraid of what team leaders like Jason Peter and Grant Wistrom would do, rather than what the coaches might do to him.

In short, Frost was saying the Husker players need to take ownership of their team. The problem is, player ownership hasn’t existed for a very long time. And not coincidentally, the Huskers haven’t been very good during that time.

And then he brought up the subject some are calling “Clapgate.” If you haven’t heard about it, Frost was blaming some of Cam Jurgens’ errant center snaps on the Iowa bench, who he thought were making clapping noises in an attempt to mess up the Husker center snaps.

And when Hawkeye head coach was asked about Frost’s accusation, Kirk Ferentz was incredulous. “You gotta be kidding me! What are we doing here? I mean, this isn’t golf.”

“CLAPGATE” OR CLAPTRAP?
So, is there anything to Frost’s complaint? For the answer, I went to Cole Pensick who was a Husker O-lineman from 2010-2013. He was recruited to play on the D-line, but switched to the O-line. Cole played center, left guard and right guard. (In fact, once Cole played all three positions in one game!)

Cole started 12 of 13 games his senior year. You may remember a couple of plays he was involved in during that year. He was a guard during the 49-yard Hail Mary pass that was caught by Jordan Westerkamp. That catch resulted in a 27-24 walk-off win over Northwestern.

He was also the starting center in the 2014 Gator Bowl when Tommy Armstrong launched a school-record 99-yard TD pass to Quincy Enunwa. That play helped the Huskers edge Georgia, 24-19.

About his career at Nebraska, Cole said, “They switched me to the O-line and put me at center. Before then, I’d never snapped a ball in my life. And at first, I wasn’t very good!”

“Not really. It’s probably more of a mental thing than anything else. This is only Jurgens’ second year playing the position, but that shouldn’t be an excuse. He’s a very good player, probably the smartest offensive player outside of the quarterback. When a center makes a bad snap, it stays with you. There is more pressure on the next snap. And that might cause him to make another bad snap. Repetition is the only cure. No one feels worse about the problem than Cam.

“Immediately after the ball is snapped, the center has to know what to do. He has to know whether to pull, pass pro, block for an inside run or an outside zone.

“And for a quarterback to have to deal with bad snaps, it starts to play with your head a bit. The quarterback is more concerned about catching the snap than he is about thinking about his receivers. Bad snaps can mess up the timing on every play. I haven’t been to any Husker practices lately, but it could be that Cam is centering the ball correctly 100% of the time in practices, but somehow doesn’t do it right in the game.”

Is the problem correctable?

“Absolutely. But Frost has to make sure the problem is corrected. If not, he may have to move Jurgens to guard and put Farniok at center.”

What about Jurgens’ turf toe issue?

“Turf toe is a stubbed toe. But that shouldn’t have anything to do with bad snaps.”

So there you have it. For now, it looks like “Clapgate” is just a bunch of claptrap.

JIM MCFARLAND
Husker Pride Worldwide has lost one of its great ambassadors with the passing of former Husker tight end Jim McFarland at the age of 73. He was a great player who was also a ferocious blocker. He went on to play in the NFL for six seasons. He later got a law degree from Cornell University. He even served as a Nebraska state senator.

I got to know Jim through my involvement with Husker Fans Salute The Troops. He was always willing to help our country’s military personnel. Husker fans have lost a great man.