Husker Dan: Can the Huskers Catch the Mouse? 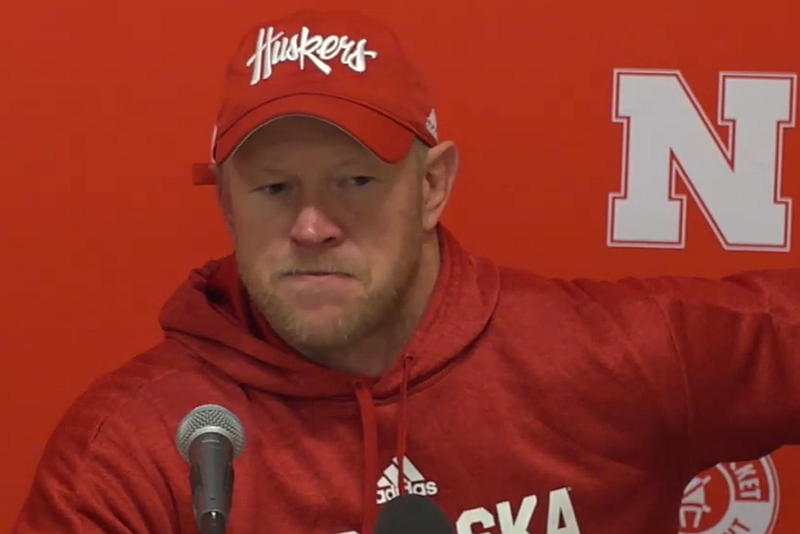 There is an old story about a man who had a mouse problem. Sure, he had a mouse trap, but when he went to the refrigerator to get some cheese to put in the trap, he discovered he didn’t have any.

What am I to do? he wondered.  But then he got a bright idea.  Instead of using actual cheese, he decided to put a picture of a piece of cheese in the trap.

“That should work!” he said.  So he carefully set the trap and went to bed that night.

The next morning, he hurried downstairs to see what he had caught.  And there in his trap, you know what he found?  A picture of a mouse.

Of course, the moral of the story is that in order to be successful, you have to have the real stuff.  No imitations.  And you can’t cut corners.

And that’s been the main problem facing the Husker football program for a long time.  When SF & Company took over in December of 2017, the talent level was in a downward spiral – worse than Frost and his staff had thought.

We all saw what happened Saturday night in Minneapolis.  Nebraska was steamrolled by a team the Huskers should have been able to hang with.  But big O-lines like the one the Gophers have have created problems for the Huskers for a long time.  And Saturday night was no exception.

What is pretty appalling is the way the Huskers were manhandled.  The O-line couldn’t block, the defense couldn’t tackle and special teams were mediocre at best.

Husker fans, like most, want answers – somebody to blame and want to know when things are going to be fixed.

The problem is, there are no answers, no solutions – at least not quick ones.  And whom to blame?  The constant change of coaches, staff, different ADs, different offensive and defensive schemes and different recruiting focuses.  That’s a good place to start.

NU’s POOR SHOWING IN THE DRAFT

Adam, a reader from Wichita, Kansas, sent me a graph he made that shows the B1G’s NFL draft picks over the past three years.  His chart tells the painful truth.  Nebraska hasn’t had elite talent for a long time and the issue isn’t going to be fixed overnight.

Is help on the way?  I think so.  Remember, Frost has had only one true recruiting class (2019).  When he came to Nebraska in December of 2017,  Frost & Company were put in a very tough recruiting situation.  (And remember, the early December signing date was in effect that year.)

The foundation of good recruiting depends on the trust level that high school coaches have with college staffs.  A year is hardly enough time for Frost to work his magic in the Nebraska geographical area.

Frost’s vision for a Husker football program that can compete on a national level is crystal clear.  Right now, all he needs is a lot more cheese.

Husker Dan has been a regular contributor to HuskerPedia and HuskerMax since 2003.  Dan might not be the sharpest bulb in the drawer (another mixed metaphor), but he does have a bumper sticker that says “Duck, If You Like Mallards.”  You may contact the writer at [email protected].