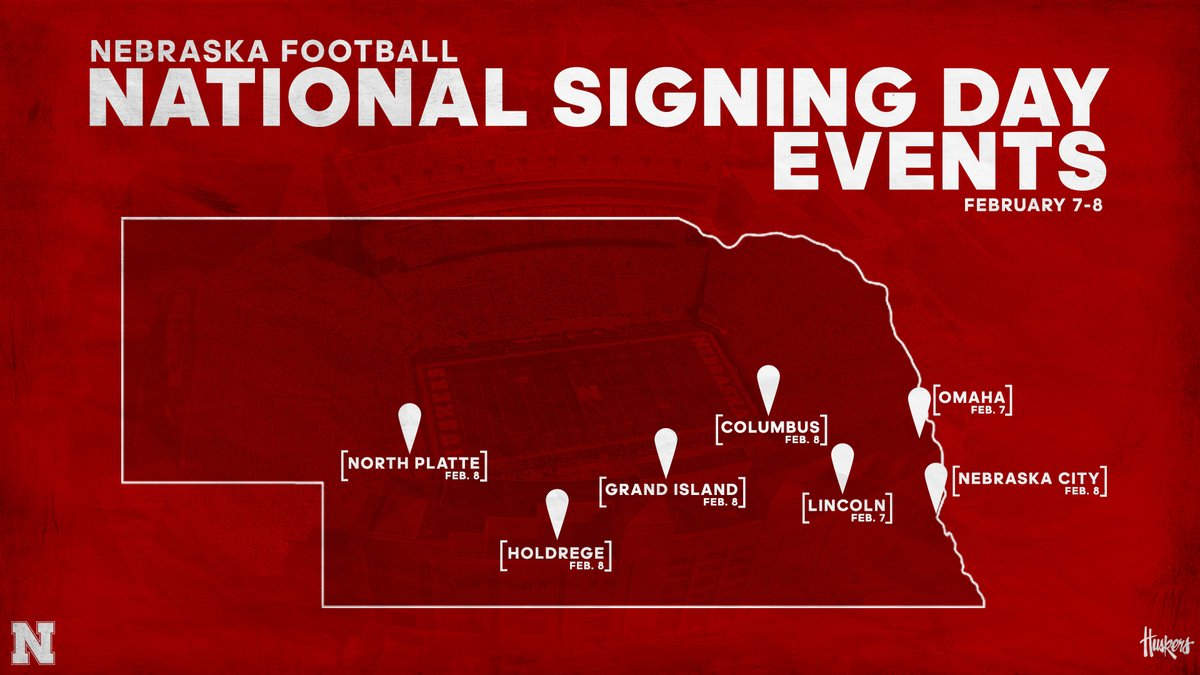 The Husker coaches will spend time discussing the newest members of the Husker football program, and fans will have an opportunity to see video highlights of each of the signees.

The Husker staff will host two events on Wednesday, including an event for football season ticket holders at the Rococo Theatre and a private gathering in Omaha.

The Lincoln event will feature seven of Nebraska’s 10 full-time assistant coaches. This event was available to donors, season ticket holders and individuals who have signed up to be on the 2018 football season ticket request list.

Doors at the Rococo Theatre will open at 4:30 p.m. on Wednesday, with the program scheduled to begin shortly before 6 p.m. Refreshments will be available for purchase.

The Nebraska staff will host events at five locations on Thursday, Feb. 8. Groups of two Husker coaches will be in Grand Island, Holdrege, Columbus, Nebraska City and North Platte to greet Husker fans and discuss the 2018 recruiting class. All of the Thursday events will be free and open to the public and will run from 5-7 p.m. Fans must RSVP in advance to attend.

In addition to the events in the state of Nebraska, Athletic Director Bill Moos and Head Coach Scott Frost will headline a group of Nebraska staff attending private donor events in Arizona and California the weekend of Feb. 9-10.