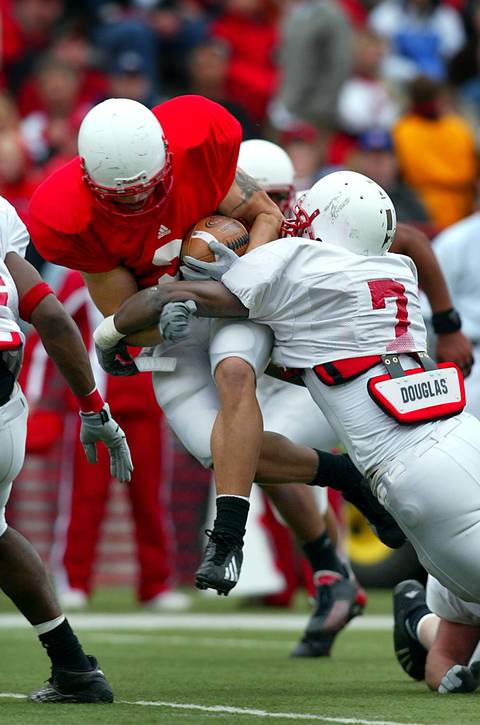 Nebraska's defensive units dominated the offenses as the Red squad took a 13-0 win in the Red-White Spring Game. The scrimmage, played in a light rain before 33,419 fans, concluded the 15-practice spring season.

Husker defenses combined to intercept six passes, recover one fumble and hold the offenses to 458 total yards. The offenses managed just six trips inside the 20, resulting in one touchdown.

The 13 points tied for the lowest combined point total in spring game history. The shutout was the first since 1960.