Francis, Cardwell and McDonald. In addition to being the No. 1 draft pick, Francis was the 1936 Heisman runner-up and placed fourth in the shot put at the 1936 Olympics.

Francis, Cardwell and McDonald. In addition to being the No. 1 draft pick, Francis was the 1936 Heisman runner-up and placed fourth in the shot put at the 1936 Olympics.
1937 NFL DRAFT
Ho-hum: 3 Huskers
in the top 8 picks

Not exactly. The 10-team league wasn’t the gold mine it is today, and it wasn’t unusual for top players to choose other careers. Though the league had been around for 15 seasons, this was just the second NFL draft.

So when Nebraska’s Sam Francis went No. 1, followed soon after by Lloyd Cardwell and Les McDonald, the Sunday Journal and Star gave the story a scant five paragraphs on the second sports page. Much bigger news was that the very same Husker trio had been selected for the East-West all-star game. The draft was also upstaged by Francis’ selection as a first-team All-American.

Yet what happened on Dec. 12, 1936 – the actual date of the ’37 draft – has never quite been matched in Husker history. In 1972, there were three first-rounders, but none was a top-ten pick. And while the 1984 draft saw Irving Fryar and Dean Steinkuhler go first and second, there was no third top-ten pick for the Huskers – but perhaps only because Mike Rozier had opted for the USFL. (He would be selected No. 2 in a special supplemental draft a month after the main draft.)

Of the 1937 trio, only Cardwell played more than four NFL seasons as World War II cut careers short, and Cardwell was the only Pro Bowl selection. Their NFL stats: Francis, Cardwell, McDonald.

Francis and Fryar remain the only No. 1 NFL draft picks in Husker history. See our sortable chart of all Nebraska NFL draftees here. 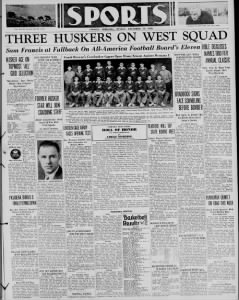 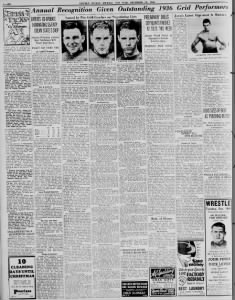 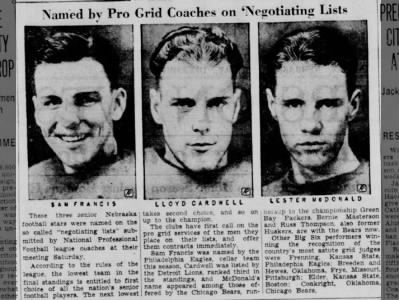 CLICK ON IMAGES FOR LARGER VERSIONS
The Lincoln Journal and Star ran these illustrations of the three players at various points in their Nebraska careers. Click on each to view a larger version. 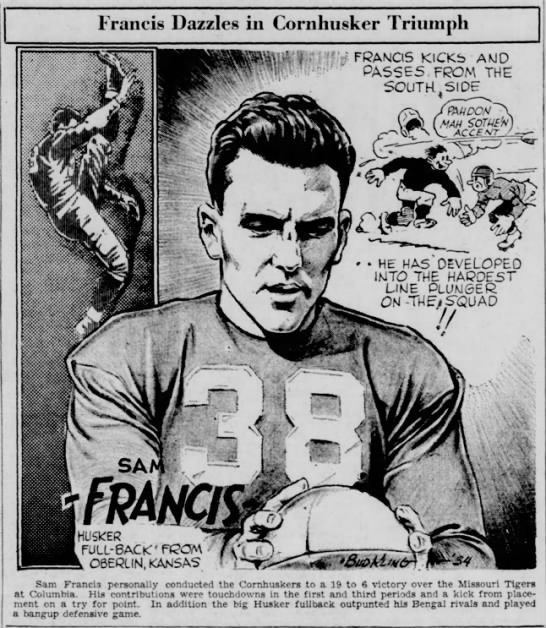 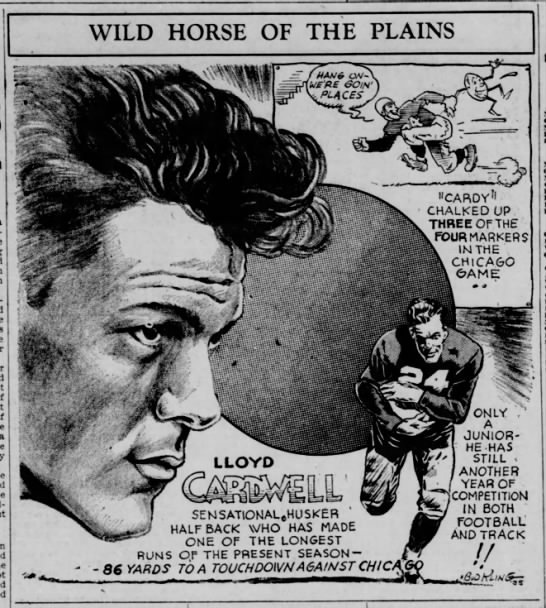 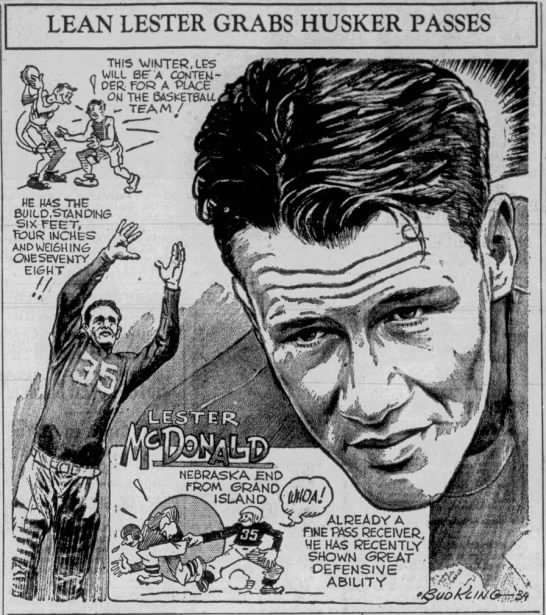