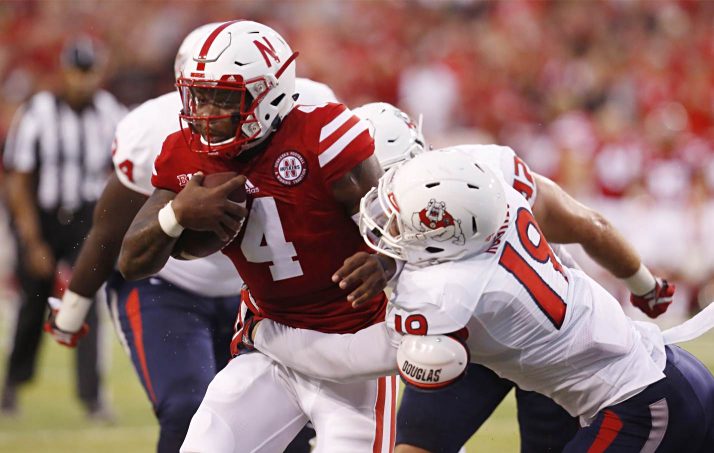 Huskers Blast Bulldogs: Nebraska showcased an effective running game in a balanced offense that featured strong performances by Tommy Armstrong Jr., Devine Ozigbo and Alonzo Moore as the Huskers rolled to a 43-10 win over Fresno State.

Ozigbo finished with 103 yards on 17 carries with two touchdowns to give coach Mike Riley his 100th career collegiate coaching victory.

Armstrong completed 5 of 10 passes for 108 yards, including a 57-yard TD strike to Moore on the first play of the fourth quarter to put the game out of reach.

It was not a huge win in the scheme of things, but it just felt promising.

No. 27 was everywhere Saturday night.

The final score wasn't truly indicative of how close this game felt most of the way.

It wasn't pure Tom Osborne and Mike Corgan stuff, but man, it was close enough.

Memorial Stadium has hosted hundreds of games ... but never a day quite like Saturday.

There was a complete shift in offensive philosophy for Nebraska from what they ran a year ago in the season opener.

There will be many teachable moments from Saturday's 43-10 win.