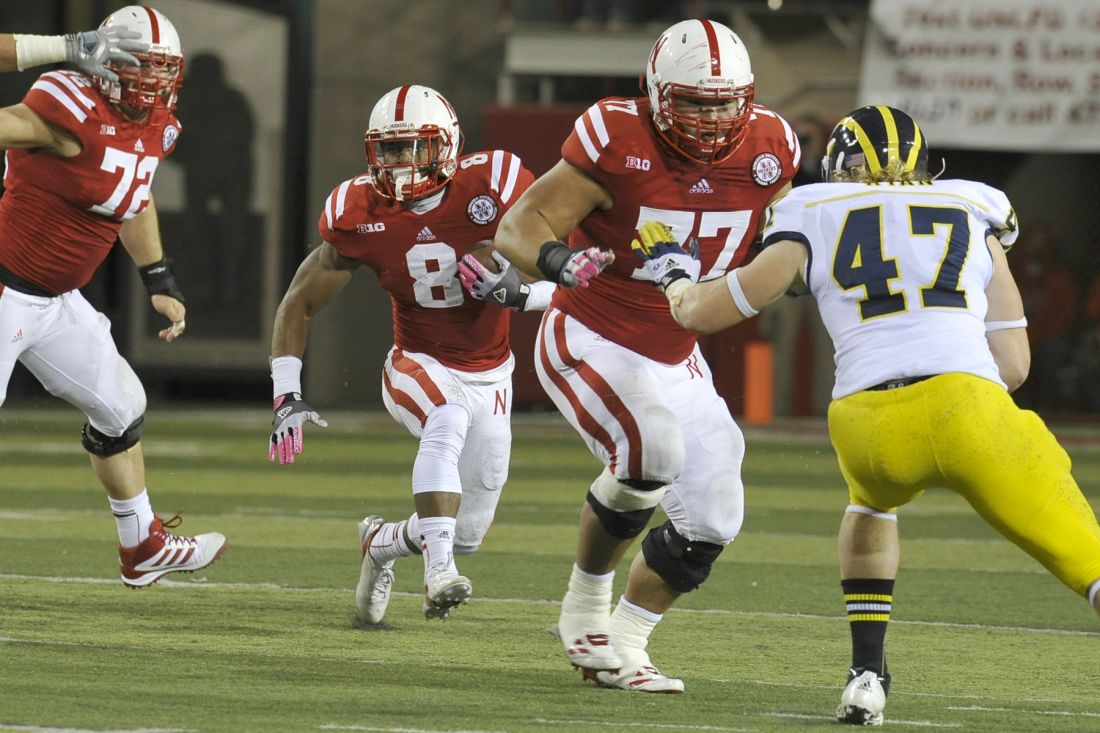 Blackshirts Lead NU Past No. 20 Michigan: The Nebraska Blackshirts mustered their best defensive effort of the season, holding Michigan to just 188 total yards and no touchdowns in a 23-9 victory over the No. 20 Wolverines.

In a game controlled by the defenses, Nebraska quarterback Taylor Martinez engineered the game’s only two touchdown drives in his duel with Michigan dual-threat quarterback Denard Robinson, who left the game with an injury late in the first half.

The Huskers produced 326 total yards, including a season-low 160 rushing yards on 41 carries against a Michigan defense that had not allowed 100 rushing yards in a Big Ten game. The Wolverines went just 9-of-27 passing with three interceptions.

Courtesy of Huskers.com
Stanley Jean-Baptiste picks off a pass

Say this for Pelini’s crew: It reflects its coach in that it has plenty of fight.

Lavonte David … was watching from the Husker sidelines, and he must have enjoyed what he saw.

If you take the reward of using a running quarterback, you have to accept the other side.

You lose players over the course of a season. It’s the replaceable parts that win games and championships.

Saturday was a nice win for the Huskers, but as we know nothing with this team is guaranteed.

Saturday’s game was more notable for what it wasn’t – a game that mattered – than what it was.

Make no mistake: Michigan wasn’t firing even when Robinson was in the game.

Michigan had no quarterback, no plan, no chance against a Nebraska defense smelling blood in the water.”