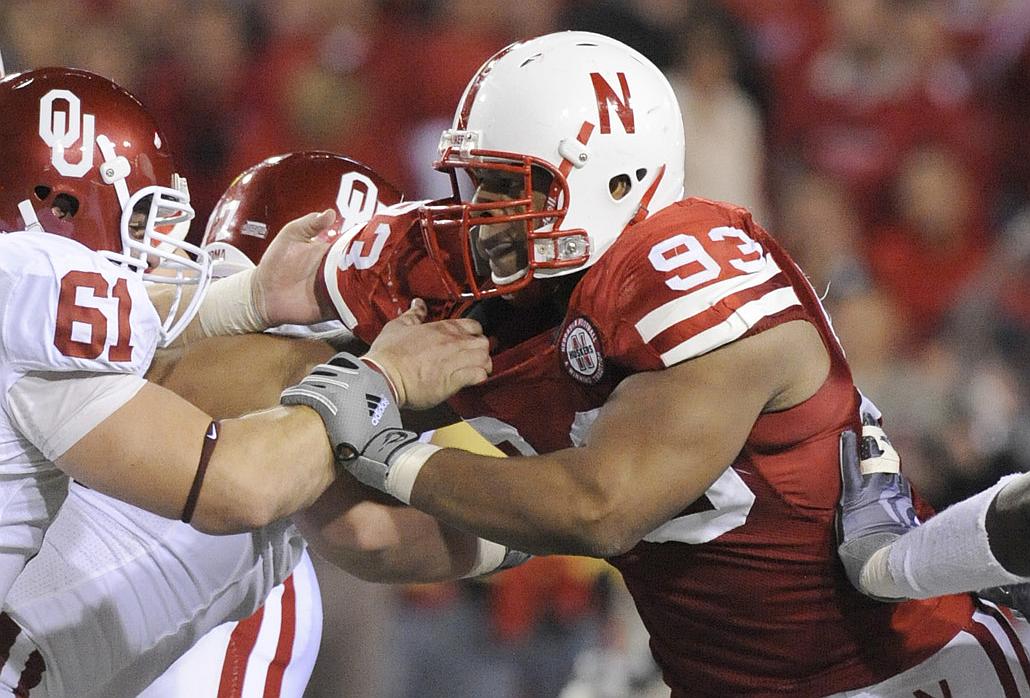 The Blackshirt defense hauled in five interceptions and shut down No. 20 Oklahoma in a 10-3 victory at Memorial Stadium.

Nebraska held the Sooners out of the end zone and improved to 6-3 overall and 3-2 in the Big 12 despite picking up just seven first downs, netting just 180 yards of total offense and converting just one of 14 third downs.

Senior safety Matt O’Hanlon tied a Nebraska record with three interceptions while erupting for a career-high 12 tackles. His third interception ended the Sooners’ last chance at the end zone with 27 seconds left in the game.

Defensive back Prince Amukamara hauled in NU’s first interception of the night, picking off a Landry Jones pass early in the second quarter and returning it 22 yards to the OU 1. One play later, quarterback Zac Lee hit tight end Ryan Hill on a scoring pass to give the Huskers a 7-0 lead.

Nebraska, which had been pinned deep in its own territory early in the first quarter, flipped the field on the Sooners with Henery’s 66-yard punt that buried OU at its own 2.

The NU defense also held the Sooners on a 4th-and-1 play inside the 20 with a big tackle for loss from Eric Hagg, before Way finally cashed in with a 28-yard field goal for the Sooners with 24 seconds left in the half for OU’s only points.

The Nebraska defense deserved this one, and they delivered it.

Some will call this one an upset, but this fell somewhere between an upset and the future of Nebraska football.

Yes, Big Red fans still have plenty to nitpick about. But they also should savor a defense that continues to amaze.

Redemption. That was the story of Saturday night at Memorial Stadium.

It will be remembered as the game when the 2009 Huskers accepted what they are and got themselves back into the thick of the Big 12 North race.

Winning ugly is what this bunch does these days, on the shoulders of what has become a work of art on defense.

This game in reality came down to two plays, both in the first half.

The Sooners' sloppy offense didn't just repeatedly shoot itself in the foot, it blew the danged thing clean off.

It was another big game in which the 2009 (OU) offense could not have looked more different from that of a year ago.