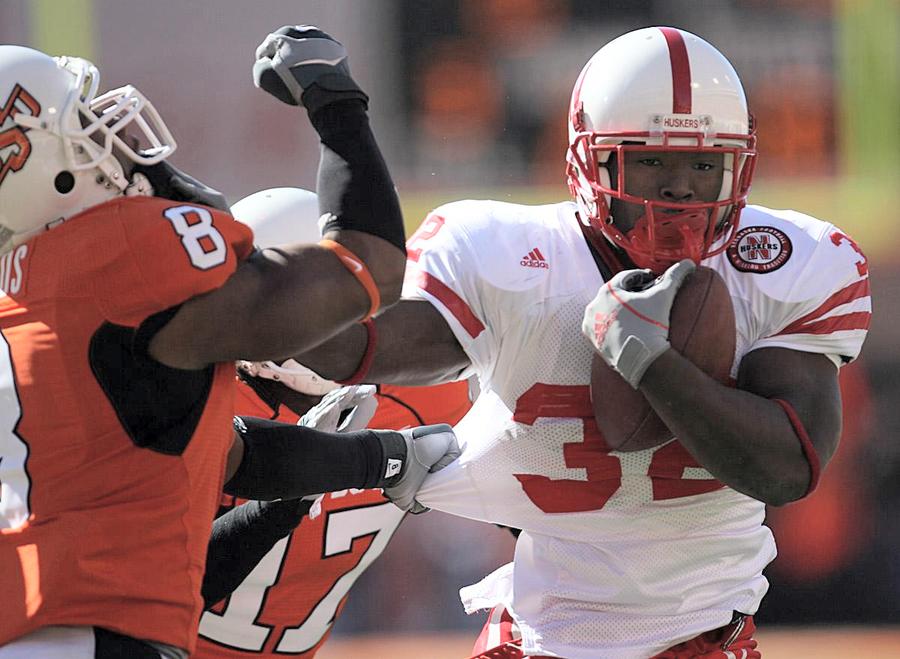 Brandon Jackson rushed for a career-high 182 yards and two touchdowns, but three fourth-quarter touchdowns by Oklahoma State gave the Cowboys a 41-29 win over No. 20 Nebraska.

Nebraska appeared to be in firm control of the game through the first 20 minutes on the strength of Jackson’s explosive rushing.

Trailing 16-0, the Cowboys then showed their own explosiveness. OSU answered quickly after NU’s third score, flying 80 yards in five plays for a touchdown and following that up with a 50-yard TD drive.

The Huskers’ lead was now just 16-13. But quarterback Zac Taylor made it a 10-point margin again with his 22-yard TD connection to Maurice Purify with just 56 seconds left in the half.

After a scoreless third period, the fourth quarter was all OSU. Dantrell Savage’s 20-yard touchdown run put the Cowboys on top, 27-23, and OSU added two more TDs before Nebraska got one of its own in the final 10 seconds.

Crazy game. One week you’re a fumble away from being ‘back’ among the nation's elite and the next, you’re sliding back toward mediocrity.

It’s a disturbing thought to think every team we’ll play will have tape of how OSU dismantled us.

This loss isn’t as bad as it seems. In fact, it might be the best thing that could have happened to Nebraska.

Nebraska, it seems, is not back. There’s clearly work to be done.

This wasn’t just any win. It was over a Nebraska team that should have defeated Texas a week earlier. A Nebraska program that has dominated OSU for years.

Beating the Cornhuskers, even these not-great Huskers, was OSU’s biggest win since Bedlam 2002.

Our special teams are fast becoming a liability this year.