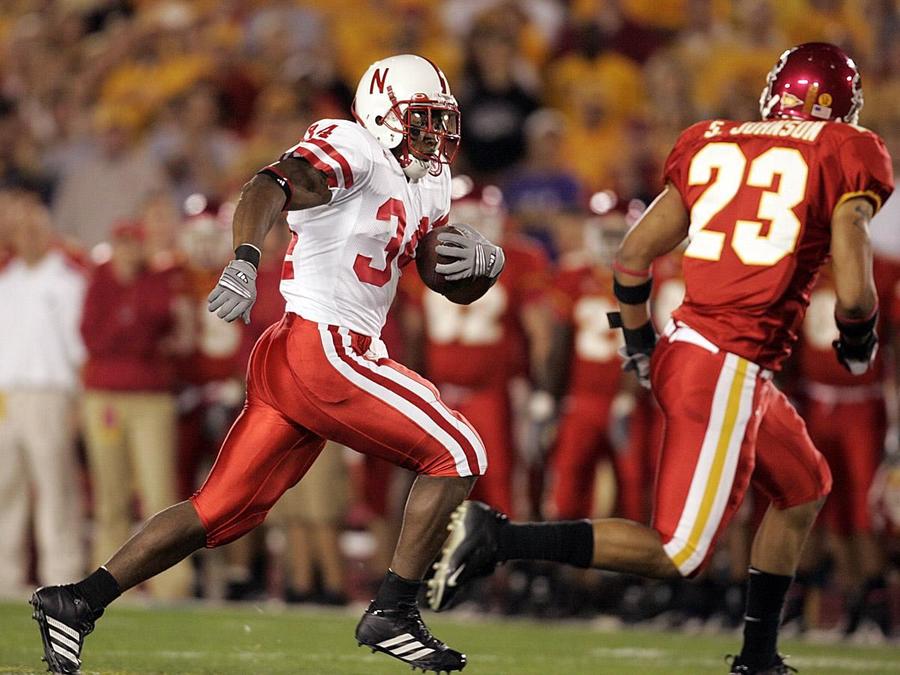 Cody Glenn rushed for 148 yards on 19 carries. | Courtesy of Huskers.com

Cody Glenn and Brandon Jackson each rushed for more than 100 yards and combined for three touchdowns to carry No. 22 Nebraska to its first road win of the season, a 28-14 victory over Iowa State.

The Huskers produced 251 rushing yards, including career highs of 148 yards and two scores from Glenn and 116 yards and another score from Jackson, who gave NU its second double-100-yard rushing performance in the last three games.

Quarterback Zac Taylor completed 17 of 21 passes for 131 yards and a key touchdown pass to Maurice Purify to close the first half. Taylor completed passes to nine different Husker receivers as he became just the fourth quarterback in NU history to cross the 4,000-yard career passing mark.

It was a victory that was more functional and workmanlike than anything.

Yes, the Huskers should feel a sense of redemption from their latest performance.

It probably should've come as no surprise that Callahan delivered yet another off-speed pitch in terms of how he handled his I-backs.

Jackson might be the best back we have. He picks up blitzes better than any RB I can remember in recent history.

The Husker blitz packages rattled Cyclone QB Bret Meyer. ... This was a big improvement over last week's fiasco with Kansas.