Nebraska nearly made history by coming back from a 21-point first-half deficit, but Texas Tech quarterback Cody Hodges found Joel Filani on a 10-yard touchdown pass with 12 seconds left to allow the No. 15 Red Raiders to escape from Memorial Stadium with a 34-31 win.

Filani’s touchdown catch, his third of the day, came on fourth down as the Red Raiders managed to convert a pair of fourth-down plays inside Nebraska’s 20-yard line. Tech also overcame an interception by Nebraska senior defensive tackle Le Kevin Smith that appeared to end the Red Raiders’ hopes of victory.

But Texas Tech offensive lineman Bryan Kegans hit Smith during the interception return and forced a fumble that was recovered by Red Raider wide receiver Danny Amendola at the NU 19 with 1:13 left in the game. The turnover was Nebraska’s fifth of the afternoon. 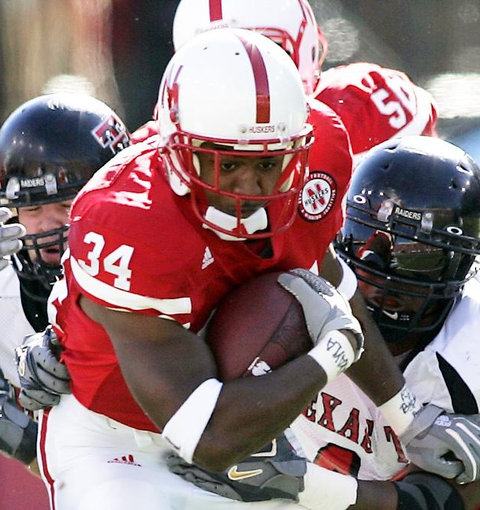 For the first time in Bill’s tenure I see progress. Our team showed tremendous heart to come back from down 21.

So much suddenly seems possible. Nebraska is receiving strong leadership from players on both sides of the ball.

A 5-0 start and a little payback for last year's 70-10 loss at Lubbock, Texas, was tantalizingly close to becoming a reality.

It took an extremely freak play for us to lose to a Top 15 team. This is a positive.

Was this a disappointing finish? You bet. But Nebraska flirted with disaster in the last 2 games. ... This week, the ball bounced the other way.

This team should hang on to the fact that it came back when it looked like a Tech waxing was Mack-trucking its way through Memorial Stadium.

When a team has five turnovers, it’s hard to heap it all on just one. And the negative attention is a shame, because [Le Kevin] Smith has been one of the unsung heroes of a stellar defensive unit.

The Texas Tech game is one the Husker players, coaches and fans will be able to look back on one day and say this is where ‘it’ all began.

This Husker team showed stomach, gumption, resiliency. ... Certainly a heartbreaking loss but also and most certainly a game played with heart.