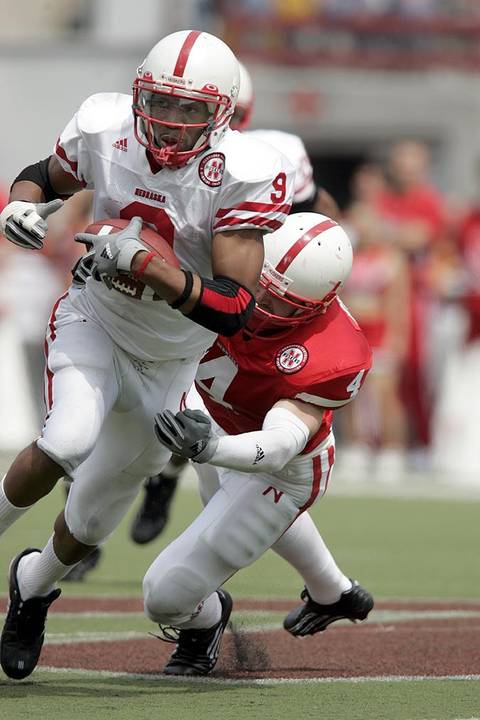 Quarterback Zac Taylor threw for a Spring Game record 357 yards in the first half to power the Whites to a 42-14 win over the Reds in front of a Red-White Game record crowd of 63,416.

Taylor, a 6-2 native of Norman, Okla., and a transfer from Butler County Community College, completed 20-of-27 passes and tossed a trio of touchdown strikes in the opening half to power the Huskers’ top offensive unit to a 42-7 halftime advantage. Taylor’s 357 passing yards shattered the previous mark set last spring by Joe Dailey with 241 yards for the Reds in 2004.

The 366 yards passing by the Whites also surpassed the previous Spring Game mark of 354 yards set last season by the Reds.

Terrence Nunn and Isaiah Fluellen provided Taylor with his two favorite targets. Nunn hauled in four receptions for a game-high 133 yards, including touchdown receptions of 53 and 34 yards. Fluellen added six catches for 106 yards, including a 50-yard reception in the first quarter.