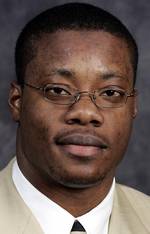 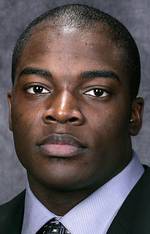 Michigan’s last-chance play consisted of one forward pass and seven laterals. The saving tackle by Zackary Bowman and Titus Brothers happened more than 40 seconds after the snap.

Nebraska overcame an 11-point deficit in the fourth quarter and then survived an unforgettably bizarre finish for a 32-28 win over No. 20 Michigan in the Alamo Bowl.

I-back Cory Ross rushed for 161 yards, including a 31-yard touchdown run with 8:08 left to start Nebraska’s comeback from a 28-17 deficit. Cortney Grixby had given the Huskers prime field position with a 25-yard punt return to the UM 38. After Ross’ TD and a two-point conversion, Michigan’s lead was down to 28-25.

Michigan drove inside the Nebraska 20 on its next possession before the Blackshirts held on fourth down with 2:34 to go. After three Husker runs and a punt, Michigan had the ball at its own 36 with seven seconds left.

An incompletion ate up five seconds. With one last chance, Michigan completed a short pass and began lateraling to keep the ball alive. The play advanced into Husker territory, then retreated all the way back inside the UM 25. There the ball hit the turf on a muffed lateral.

Thinking the play and the game were over, some players eased up. Coaches and players from both benches went onto the field. Amid the chaos, Michigan’s Tyler Ecker raced down the right sideline toward a potential touchdown. Nebraska’s victory wasn’t secured until defensive backs Titus Brothers and Zackary Bowman knocked Ecker out of bounds at the Nebraska 15.

Our ability to run the ball against a fine defense was a pleasant surprise.

It was a masterpiece, a portrait of what this team was and what Coach Bill Callahan's program is after two seasons. Tough. Resilient. Full of character.

Sometimes there are players you wish would never leave. Ross is one.

The Huskers are just as the head coach claims, right on schedule to being a reborn, once-again proud nation. Actually, they might be arriving early.

The 2005 Axe of Valor goes to Zac Taylor. This first-year starter played with wisdom beyond his few months in Red.

Winning a bowl game against a traditional Big Ten power like Michigan makes the long Nebraska winter that much shorter for Husker Nation.

In a Husker season filled with bizarre endings, the Alamo Bowl almost topped all of them.

The Huskers were out-manned, but not outplayed by the Wolverines.

Nebraska ... still has a few miles to go before it can even think about running with Southern Cal or Texas.

Bad officiating aside, a good team, a Top 20 team like Michigan, doesn't blow an 11-point fourth-quarter lead like the Wolverines did.