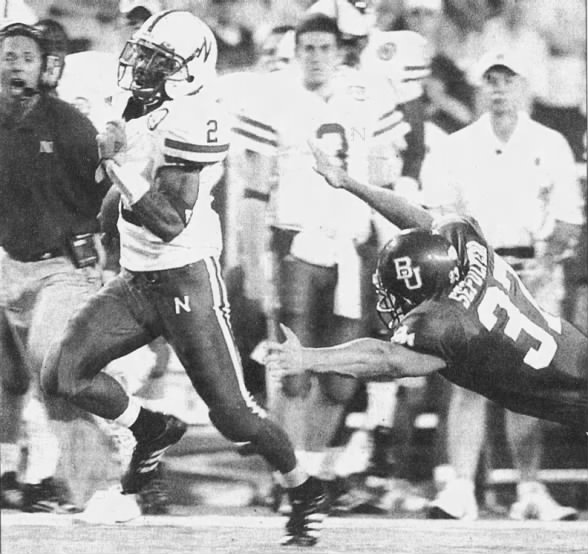 Quarterback Zac Taylor and I-back Cory Ross kept the Huskers moving efficiently and freshman place-kicker Jordan Congdon booted all three of his field goal attempts to lead Nebraska to a 23-14 win at Baylor.

Playing in the first road game of his Nebraska career, Taylor faced a 7-0 deficit before taking his first snap, as the Bears had driven 81 yards for a touchdown to open the game. Taylor showed his composure by completing 18-of-32 passes for 168 yards and two touchdowns, with no interceptions.

Nebraska’s West Coast Offense featured its intended balance with 182 yards rushing and 168 through the air on a season-high 83 plays. The Blackshirts held Baylor to 253 total yards on 54 plays, including just 51 yards on the ground. The Huskers enjoyed a nearly 15-minute advantage in time of possession.

Ross just missed the 12th 100-yard rushing effort of his career by carrying 26 times for 93 yards.

The offense played a sluggish game and failed to progress. They were good enough to win and that was about it.

Nebraska keeps defenses off-balance, like a prizefighter deftly switching from a left-handed jab to a right-handed jab.

This was, indeed, an admirable, workmanlike road tuneup for what the Huskers will see next week at Missouri.

The touchdown drive to start the second half was top-notch and showed character.

One sight that makes Husker fans cringe was the sight of Cory Ross being helped off the field late in the game.

This game showed us why you put kickers on scholarship. Congdon had a great outing for a freshman playing his first conference road game.

Okay, so the road to the Big 12 North probably won't go through Waco, but the Huskers' "W" over an improving Baylor Bear team is significant.

Nebraska did the things it had to do to win on the road.

Big Red did indeed remain resilient after the Texas Tech loss. ... No cave-in. Instead, this Baylor Bear family got backed in its cave.