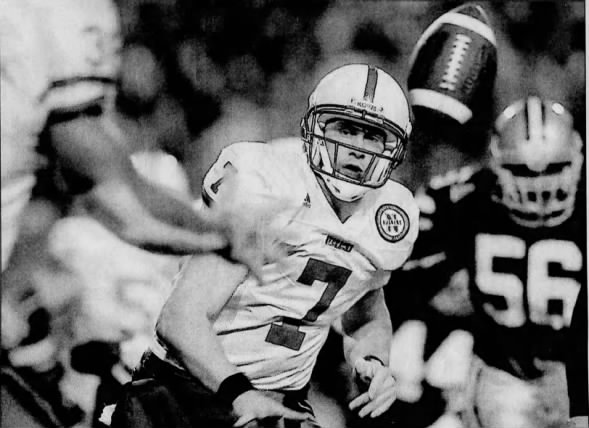 Title hopes slip away in Manhattan

Dan Alexander rushed for 130 yards and two scores, but it was not enough as Kansas State upset Nebraska, 29-28, putting the Wildcats in the driver’s seat for the Big Ten North title.

In a game played in freezing rain, sleet and snow, Alexander scored on runs of 19 and 45 yards in the fourth quarter to give the Huskers a 28-23 lead with 9:53 remaining. But the Wildcats regained the lead at 29-28 with 2:52 left as Jonathan Beasley connected with Quincy Morgan with a 12-yard TD pass to cap a 62-yard drive.

Nebraska subsequently converted one first down but gave up the ball on downs with 0:51 left.

We needed to rattle Beasley to win and couldn't. When they pick up third and forever from their own 2, you have trouble.

Now, Crouch will have to answer some critics. That's the way it goes when you run the Big Red Machine. He knows it, too.

Crouch, whether entirely by design or his own volition, has turned into the one-man veer offense he once was in high school.

In the aftermath of NU’s first one-point loss since that Bernie Kosar-induced nightmare way back in 1984, it is only natural to look back to key points in the game and wonder ‘What if?’

The beauty of Saturday's victory was that most of America didn't see it. ... The public will have no idea how utterly mediocre this Nebraska football team is.