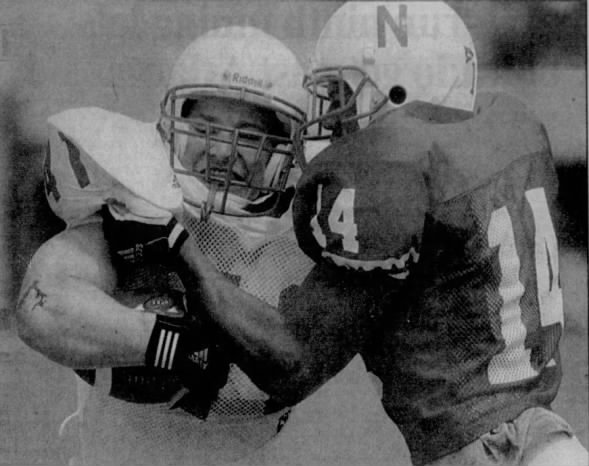 The defenses dominated and the offenses sputtered as the Reds beat the Whites 21-12 in the Huskers’ final spring scrimmage.

Two of the game’s five touchdowns were scored on fumble returns, and a third came on Michael Demps’ runback of a kickoff from deep in the end zone in the second quarter.

Reds quarterback Eric Crouch completed just four of 13 passes and had two picked off. Correll Buckhalter led all rushers with 90 yards on 14 carries.

• Despite 10 turnovers, Solich gets what he expected in spring game

On offense, this was the worst-looking Nebraska team I have ever seen in the spring.

It's a long way from the spring game to the Sept. 4 opener at Iowa. Don't worry about the Nebraska offense. It will be there.