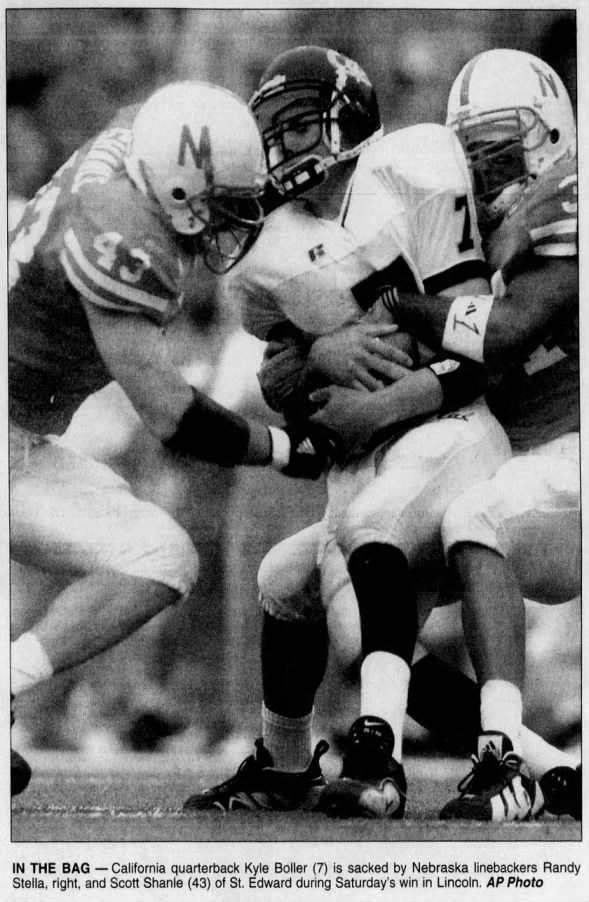 Nebraska’s two-quarterback system worked to perfection as the Huskers improved to 2-0 on the season with a 45-0 victory over California in front of the largest crowd in Memorial Stadium history.

The QB duo of sophomore Eric Crouch and junior Bobby Newcombe accounted for five of Nebraska’s six touchdowns and 219 yards of total offense.

Crouch accounted for four scores, rushing for two touchdowns, throwing for another and catching a 60-yard touchdown pass from Newcombe. Crouch became the first Husker to rush, pass and catch a TD pass in the same game since Heisman Trophy winner Johnny Rodgers against Notre Dame in the 1973 Orange Bowl.

On the ground, Crouch rushed nine times for 21 yards and two scores. He completed 2 of 2 passes for 102 yards, including a 70-yarder to Tracey Wistrom for a touchdown.

Crouch may be the back-up quarterback. But he's the most celebrated back-up in the country.

I went to the game as a company man. If coach Frank Solich says Newcombe is the man, then I believed him. But what Crouch is doing on the field is impossible to deny.