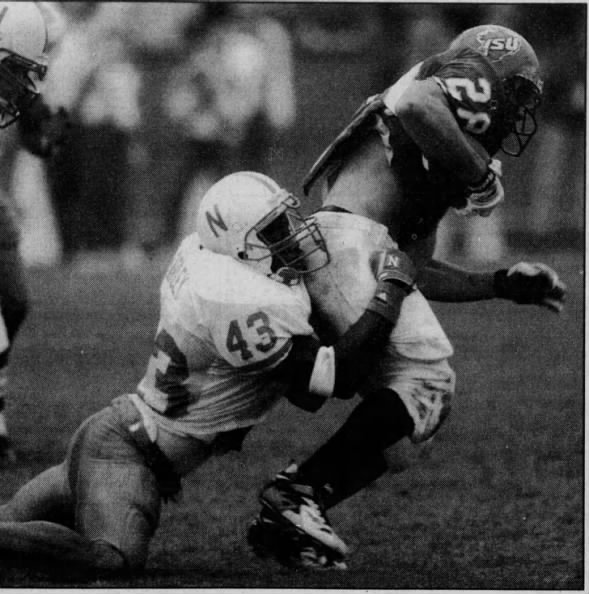 Nebraska’s game at Iowa State was billed as a battle between Nebraska’s dominating defense and the nation’s leading rusher Troy Davis. By game’s end, Davis was overshadowed by Nebraska I-back Ahman Green, and the Husker Blackshirts had dominated another opponent.

The Huskers downed the Cyclones 49-14 on a dreary day in Ames. Nebraska scored a season-high 20 first quarter points and led 35-0 before ISU got on the scoreboard.

Green was the star of the day, rushing for a career-high 214 yards on 29 carries and scoring one touchdown. On the other side of the ball, the defense limited Davis to 138 yards on 34 carries, more than 60 yards below his season average. In fact, Davis had just 44 yards at the half and 83 after three quarters, before the Husker reserves finished the contest.

With the victory, Nebraska improved to 9-1 overall, marking the Huskers’ 28th consecutive season with at least nine wins. NU also improved to 7-0 in the Big 12, giving it 30 straight conference victories. The win set up a Big 12 North Division showdown with Colorado in Lincoln.