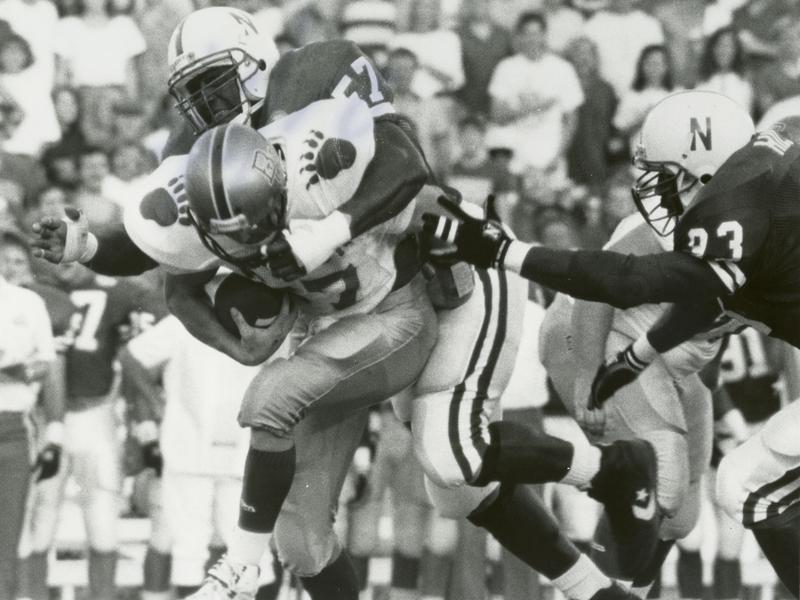 Before the season, Coach Tom Osborne said he expected the defense to be the strongest part of his 18th Nebraska team, and the Blackshirts didn’t let him down in shutting out Baylor, 13-0, in the opener for both teams.

It was the first time since 1964 that Nebraska opened the season with a shutout, as the seventh-ranked (AP) Huskers held the Bears to 13 first downs and 164 total-offense yards.

Nebraska took a 6-0 lead into the final period on two second-quarter Gregg Barrios field goals, but Baylor drove to the Husker 5-yard line and appeared to be headed in for the go-ahead points. Fullback Frankie Smith took a handoff on second-and-goal but was immediately slammed by Husker linebacker Pat Tyrance. The ball came loose, and Travis Hill recovered for Nebraska at the 3.

“That was one of the two big plays of the game,” Osborne said. “The other came just after that to get us out of that hole.”

On that play, the Huskers faced third-and-7 at their 6 when quarterback Mike Grant rolled to his right and hit split end Jon Bostick for 23 yards and a first down.

“If we had had to punt from down there,” Osborne said, “they would have been right back at us and had a chance to go ahead 7-6.”

On the first play after the Grant-to-Bostick aerial, sophomore I-back Scott Baldwin sprinted 53 yards to the Baylor 18, and three plays later, made an 11-yard gain to the Bears’ 2. But the drive ended on the next play when Baylor recovered Grant’s fumble in the end zone.

The Blackshirts forced a punt, and Tyrone Hughes’ 18-yard return set the Huskers up at the Baylor 37 with 4:12 left. Nebraska then ground its way to the 2, where Baldwin leaped over the line and into the end zone for the game’s only touchdown with 22 seconds left.

“I was very apprehensive going in,” Osborne said. “If I had been told before the game that we were going to win by 12 or 13 points, I’d have been very happy. I was really pleased with the shutout. We knew the defense was going to be the strength of our team early, and they showed it. I thought our offense played reasonably well. I wasn’t that disappointed.”

Tyrance’s fumble-causing tackle on Smith was one of his career-high 12 on the night, in a performance that earned him Big Eight defensive player-of-the-week honors. Baldwin, who was celebrating his 21st birthday, finished with 92 rushing yards in his first varsity appearance and was named player-of-the-game by ESPN.

Baylor was in Nebraska territory only three times, getting to the 32 in the second period, to the 44 at the start of the second half, and, of course, to the 5 early in the final period. The Huskers came up empty twice inside the Baylor 10, as Barrios missed a 21-yard, “chip-shot” field goal in the first period, followed by the end-zone fumble in the fourth. 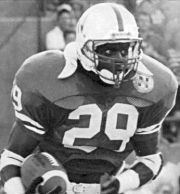 In the fourth quarter, this one got scary — and to come away with any kind of victory was a big plus.

Many of the questions regarding this year's team were left unanswered on a steamy night more appropriate to a Fourth of July celebration than football.