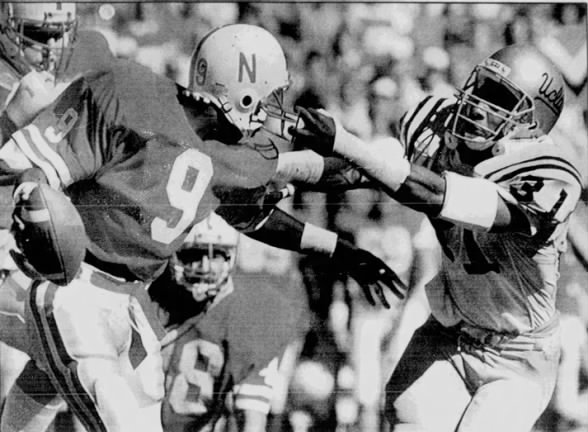 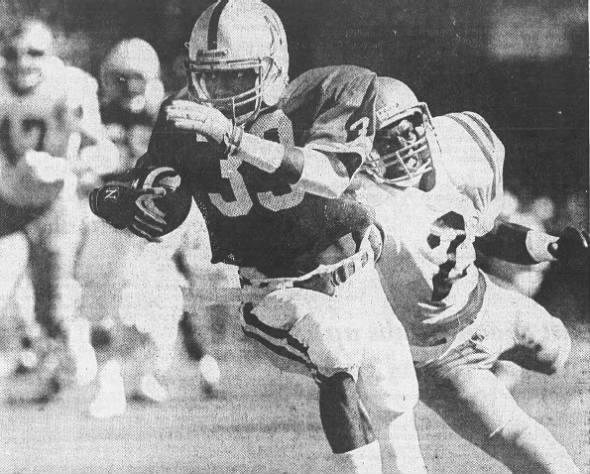 Steve Taylor threw five touchdown passes to lead No. 2 Nebraska to a 42-33 win over No. 3 UCLA before the Huskers’ 150th consecutive home sellout crowd.

With two of the top three teams meeting in Lincoln for the first time, Taylor compensated for the Huskers’ 117-yard rushing attack and led NU to a 42-17 lead late in the game.

In a game that featured 10 touchdowns and 75 points, both offenses struggled early. Green gave UCLA a 7-0 advantage with a four-yard touchdown run late in the first quarter. Nebraska answered with a touchdown of its own 2:44 into the second quarter when Taylor found Tom Banderas in the end zone on a nine-yard pass.

The Huskers took the lead for good less than five minutes later when Taylor and Ken Clark hooked up for an 11-yard touchdown strike. UCLA cut the lead to 14-10 with a 23-yard field goal with 57 seconds left until intermission.

In the second half, the Huskers exploded. Clark scored his second touchdown of the game — and Nebraska’s lone rushing TD — on a one-yard plunge just 1:51 into the third quarter. The Huskers scored again less than two minutes later when Taylor found Rod Smith for a 48-yard touchdown strike.

UCLA quarterback Troy Aikman, a transfer from Oklahoma, unloads the ball as he is hit by Nebraska’s Neil Smith. The Huskers had six sacks in the game. · Lincoln Journal Star · Newspapers.com

A good win, certainly, and entertaining as all get out. More than that, it showed that Nebraska is not a one-dimensional offensive team.

Taylor can run, can throw, and can play hurt, as he did Saturday with a banged-up left shoulder. He’s a good one.